Sarah Knight was a stressed-out editor who thought self-help books were bunk. Then one day she went numb at work 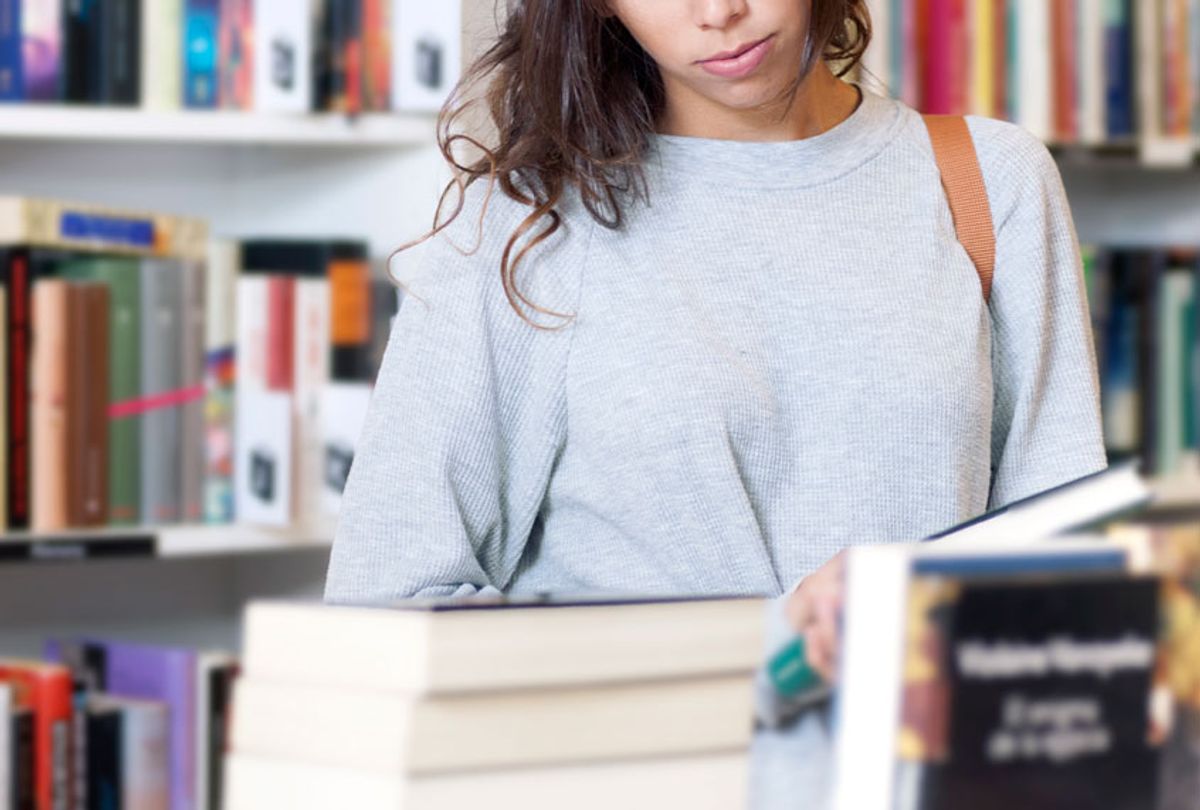 Have you ever thought: Who am I? What the hell am I doing? And how did I get here of all places? Probably at some point in your life, if not on a daily basis, you’ve asked yourself these questions. And if you’ve ever turned to the bookshelves for your answers, the new podcast "Self? Help!" is for you. For Season One, I asked best-selling authors the story behind the book that helped them navigate a pivotal moment in their life.

Sarah Knight was a book editor in New York City for 15 years, and during her tenure in publishing this is how she felt about the category of self-help: “I would say somewhere between skepticism and derision," she said. “I thought, this stuff is common sense and people's insecurities are being exploited and they're fools being parted from their money.”

This is the story of how Sarah went from skeptic to best-selling author of her own self-help series, and the book that played a pivotal role in her transformation.

In her early 30s, Sarah was ambitious and stressed. She'd planned her wedding. She bought her first apartment. She was steadily working her way up the corporate ladder of the publishing industry. Day after day she dealt with a difficult boss. She met tight deadlines. She attended an insane number of meetings, but she was on top of it all. And then one day, on her way to work, she felt slightly off.

“I remember very clearly, I got on the subway, I had something like a 15-stop subway commute in from Brooklyn, and I just was feeling progressively worse,” she said. “I thought I was going to throw up, didn’t, and then my arm started going numb, and my vision started going black, and I got really scared.”

When she reached her office, Sarah asked a colleague for help. “She called the nurse, and they came up and they got me in a wheelchair,” she said. “They wheeled me down to the nurse's office on the first floor of the Random House building, and they put me in a dark room and told me to lay down and I was freaking out. I really thought I've been poisoned. Maybe I'm having an aneurysm. Just all of these things were going through my head. I said do I need to go to the hospital? And the nurse very, very kindly but matter-of-factly said: Are you familiar with an anxiety attack? And I said, Oh shit. This is what I have to deal with now? That’s what this is? Great.”

For Sarah, her first anxiety attack was another ball to juggle — one of many, all of them in constant motion, all of them needing all of her attention. It was a precarious life, but she had a gift for multitasking.

“I’ve always been somebody who's been able to keep all the balls in the air and not drop a single one,” she said. “Everybody just tosses another one into my realm, because if you want to get it done, and you want it done right, just ask Sarah to do it. It's people like me, who are doing so much, too much, who are so overburdened, and so overtaxed, that one day they will drop one of those balls and it will be disastrous.”

To hear the rest of Sarah’s story of the book that changed her life, listens to Episode 4 of “Self? Help!”