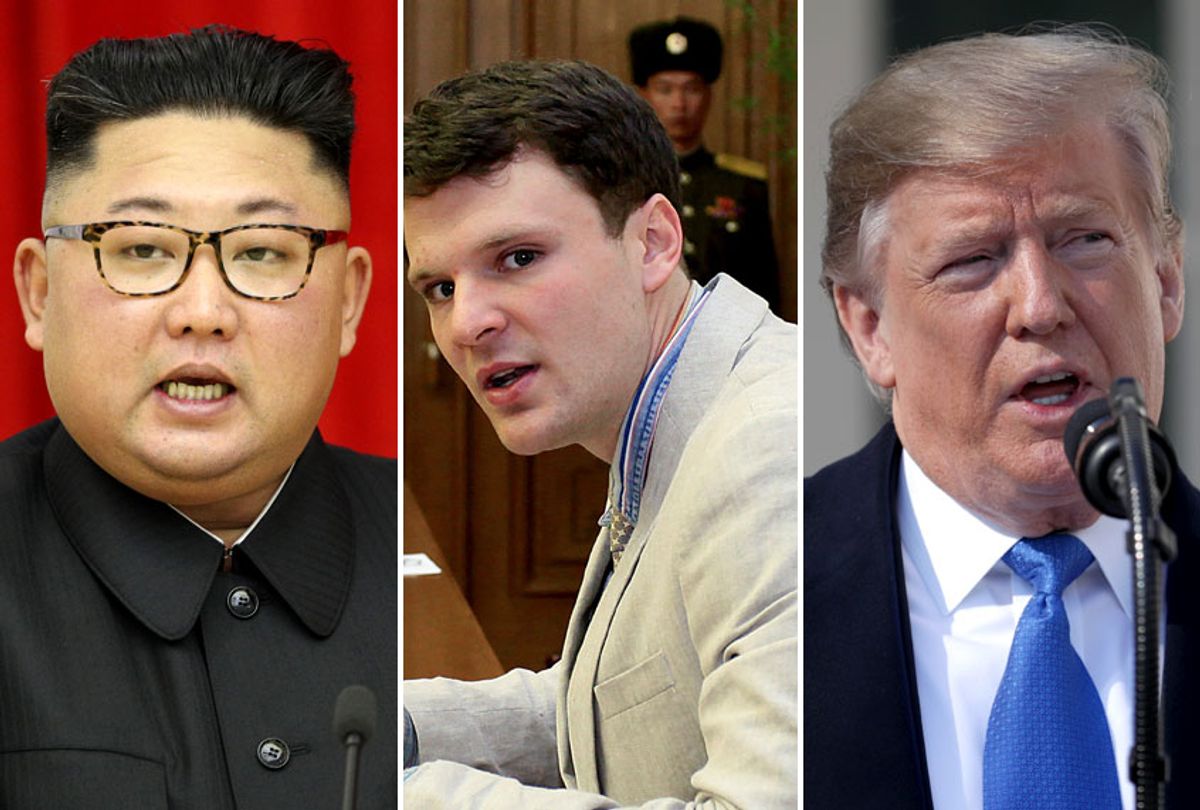 The North Korean government reportedly presented the United States with a bill for $2 million for the hospital care of Otto Warmbier, the American college student who was held as a prisoner by Pyongyang.

The Washington Post first reported Thursday that the bill was handed to Joseph Yun, the former State Department Special Representative for North Korea who traveled to Pyongyang in June 2017 to retrieve University of Virginia student.

Yun, who had received orders from President Donald Trump to bring Warmbier home, signed the medical bill after informing then-Secretary of State Rex Tillerson about the matter, the Post reported. It is not clear whether the Trump administration paid the bill or if the payment came up during preparations for Trump's two summits with North Korean leader Kim Jong Un.

The special envoy retired last year, and the State Department declined to comment. Tillerson, the Treasury Department and North Korea's envoy responsible for U.S. affairs also did not respond to the Post's requests for comment.

"We do not comment on hostage negotiations, which is why they have been so successful during this administration," White House press secretary Sarah Sanders told the Post.

Trump, at his Sept. 26 press conference at the U.N. General Assembly, declared, "I got back our hostages. I haven't paid [North Korea] anything. I haven't paid them ten cents."

Fred Warmbier, the student's father, told the Post he was not previously aware of the hospital bill but said it sounded like a "ransom."

Warmbier was detained by North Korean officials in January 2016 at the end of a tour of the country. He was sentenced to 15 years hard labor for allegedly stealing a propaganda banner at his hotel. After his sentencing in March 2016, the North Koreans held onto the student, who suffered severe injuries to his brain. The North Koreans held onto the comatose student for another 15 months, not alerting U.S. officials until June 2017 that he had been unconscious throughout his entire time in captivity.

He was comatose when he was returned to his family in June 2017, and died six days later without regaining consciousness.

The Warmbiers have blamed Kim for their son's death, but Trump has said he believes the North Korean leader's assurance that he was unaware of the student's imprisonment and subsequent treatment.

"He tells me he didn't know about it, and I take him at his word," Trump said in Hanoi in February after his second summit with Kim.

"I did speak about it and I don't believe that he would have allowed that to happen," Trump said at the time, adding, "He felt badly about it."