Could Don McGahn lead a Trump exodus? Republican lawyers may be ready to jump off sinking ship

In stonewalling Congress and accusing McGahn of lying, Trump may have doomed himself with legal conservatives 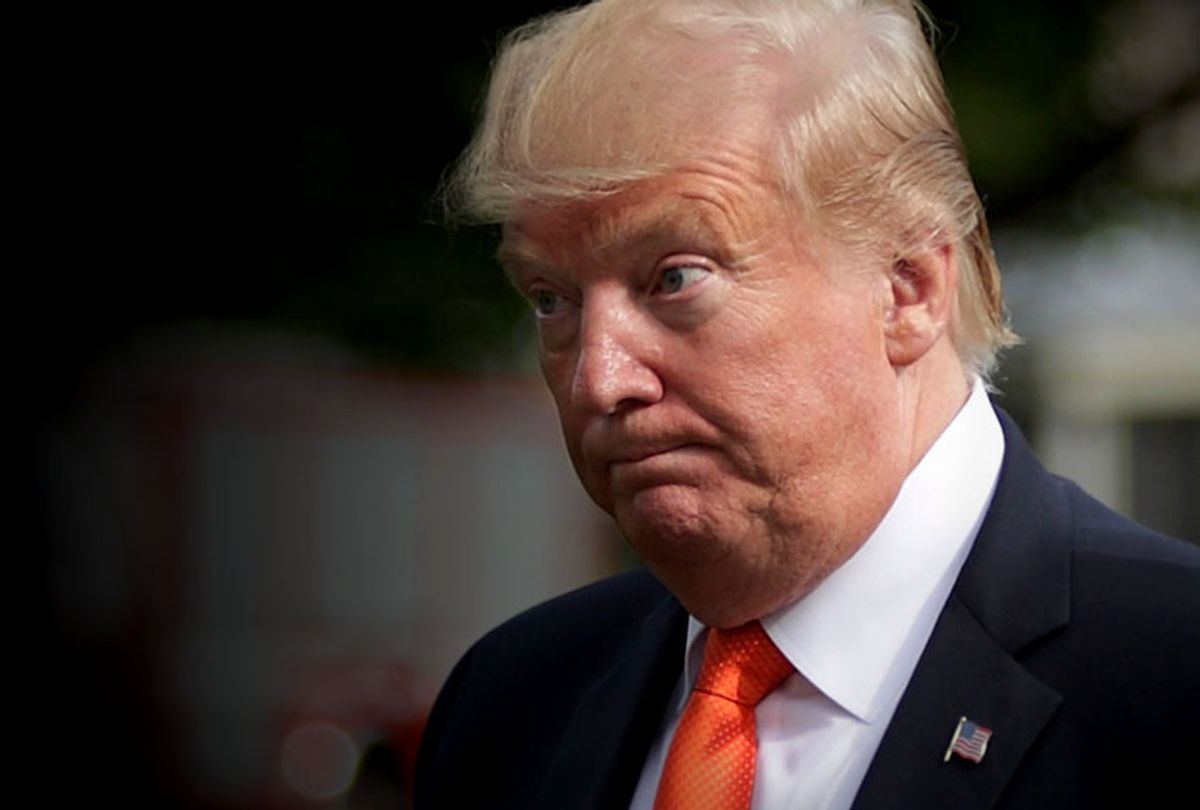 We may be heading into a real live constitutional crisis, folks. A special counsel has carefully documented a series of events showing that the president committed high crimes, using sworn testimony of people directly involved. Since the Justice Department has decided it cannot indict a sitting president, the only path to remove a criminal president resides with the Congress. Now that same president is refusing to acknowledge its constitutional power by failing to provide documents or to allow witnesses to testify, even under subpoena. This showdown is obviously heading to the courts, although the president seems to be somewhat confused about how that works:

It's tempting to make fun of Trump's twisted logic and addled understanding of the basic process of government, but this is a serious matter. He's not just venting before the world on his puerile Twitter feed. The administration is refusing to cooperate with the Congress at all, and that is highly unusual even for presidents under siege.

Normally there is some form of accommodation in these cases, even if the White House wants to claim executive privilege. This administration has decided to totally stonewall everything, from tax returns to testimony about security clearances. Trump and his minions are claiming this privilege after they've already waived it even as the president is blabbing about the matters under subpoena on TV and Twitter.

Trump may not know much about how the government works, but he does understand TV ratings. So I would guess that the main reason for this stonewall is to keep the Democrats from staging dramatic public hearings to illustrate for the American people what Robert Mueller found in his investigation. He apparently understands that he can't keep Mueller from testifying, but Mueller doesn't seem to be the one Trump is worried about. He almost certainly doesn't want to see former staffers like Hope Hicks or Rob Porter on screen testifying about his rampant corruption. But the one who scares him the most is former White House counsel Don McGahn.

According to Vanity Fair, Trump is "furious" with McGahn and has even asked Rudy Giuliani to sue him for defamation. (Giuliani denies this.)  Trump told the Washington Post that he hasn't “made a final, final decision” on executive privilege but he believes congressional testimony is unnecessary. He said there was "no reason to go any further, and especially in Congress where it’s very partisan — obviously very partisan." He's right about that. It is partisan. In fact, politics is partisan. Someone should have alerted him to that fact before he ran for office.

There's more at stake here than politics, however. The founders had in mind that the three branches would jealously guard their own prerogatives, so it would be unlikely they would ever allow a president to defy them as blatantly as Trump is doing. Obviously, they didn't expect such slavish devotion from a president's allies as we see in the current Congress.

There is one faction of the Republican party that may be peeling off, however, and it's the faction that Trump has been counting on to keep the Democrats at bay. I'm speaking of conservative lawyers, some of whom seem to feel a bit queasy about what they saw in the Mueller report and Trump's reaction to it. McGahn's testimony in the report is likely a big part of the realization that this is getting serious.

I have written quite a bit about McGahn over the years because he's obviously been leaking to the press for some time in ways that made him look like a hero. It's different seeing his name attached to testimony under oath, but the events chronicled in the Mueller Report about Trump's attempts to fire the special counsel and McGahn's resulting threats to quit were published in the newspapers months ago. It's clear that McGahn has been carefully strategizing how to salvage his reputation once he was done packing the courts with as many hard-right conservatives as he could find. He's a smart guy and he's walked that fine line effectively.

Some other Republican lawyers seem to be finding their voices as well. Presidential counselor Kellyanne Conway's husband George has formed a group of high-powered conservative legal scholars called Checks and Balances, which has now called on Congress to open an impeachment inquiry on the basis of the Mueller report:

We believe the framers of the Constitution would have viewed the totality of this conduct as evidence of high crimes and misdemeanors. Accordingly, Congress, which carries its own constitutional oversight responsibilities, should conduct further investigation.

Law professor and former Trump transition official J.W. Verret wrote an essay for The Atlantic stating that the evidence clearly showed obstruction of justice and likewise called for impeachment hearings. Even Fox News' Andrew Napolitano is on the record with the opinion that Trump obstructed justice.

All of this goes much further than simply kvetching about Trump's intemperance or general unfitness. These are high-profile Republican lawyers saying that the president has apparently committed a crime. Trump, meanwhile, is determined to continue to obstruct by stonewalling Congress, and has now publicly suggested that his former White House counsel committed perjury:

Saying that is unwise. It's not the "Fake News Media" that said this. It's Don McGahn himself. He refused to obstruct justice and commit perjury on Trump's behalf. From a legal standpoint, this accusation against McGahn makes Trump's claim of executive privilege look even more absurd, now that the president is disputing the testimony in public.

From a political standpoint, this is likely to make some of Trump's most important allies unhappy: judges and lawyers upon whom he will have to depend in the coming legal battles.  Many of them think highly of Don McGahn, a respected member of the Republican legal establishment. George Conway even wrote an op-ed for the Washington Post calling Trump a "cancer on the presidency," clearly an allusion to the famous testimony by another former White House counsel, John Dean, which transformed him from a Nixon stooge to a national hero.

If McGahn eventually testifies on Capitol Hill and comes off well to the public, that could change everything. Other Republicans might get the idea that it's time to get off the Trump train too. By slamming McGahn, Trump is unwittingly playing into his former lawyer's self-serving heroic narrative. That may inspire others to follow his lead.