The last in a trilogy of avant-garde experimentation before "Imagine," it cemented their power couple status 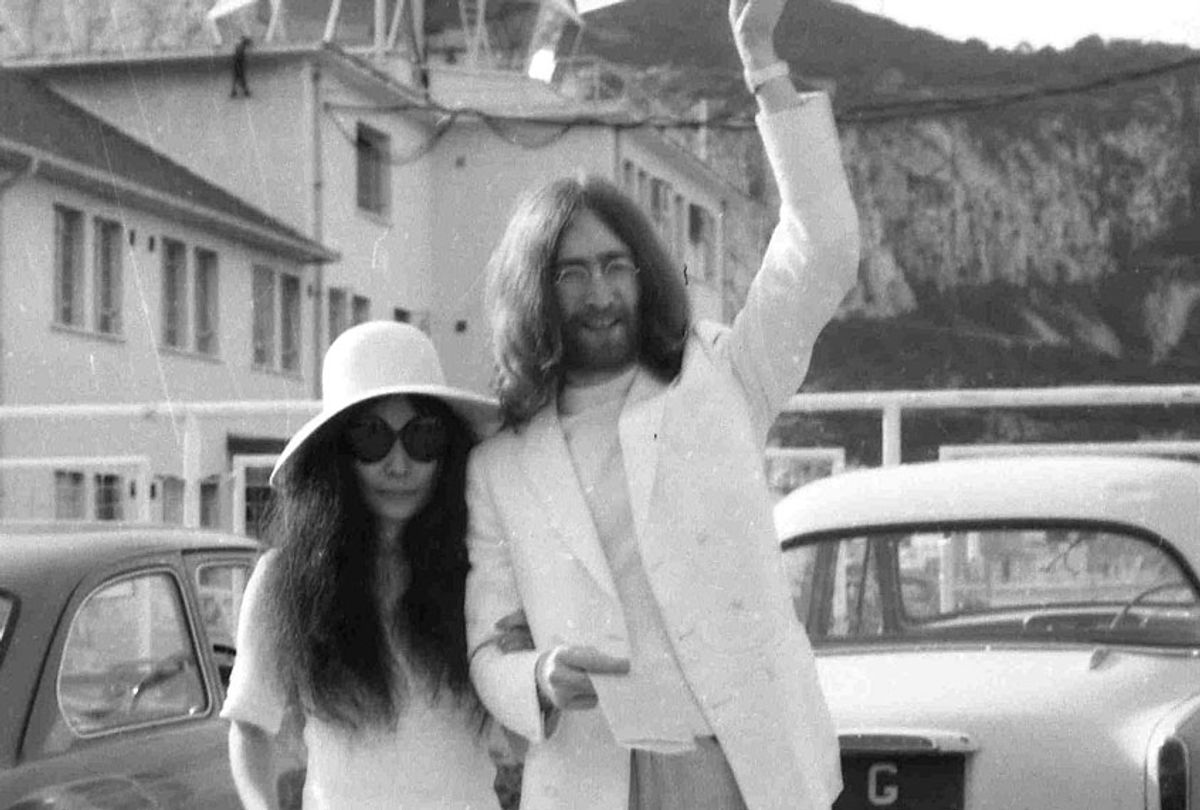 From our distant perch in the twenty-first century, the late-1960s mega-celebrity of John Lennon and Yoko Ono should seem rather quaint in comparison to, say, the moveable feasts of decadent banality brought to us by reality TV stars. But even still, the couple’s no-holds-barred exuberance feels strangely refreshing some five decades later.

By the fall of 1968, John and Yoko had emerged as the most notorious couple on the planet. To put things in a more expansive context: their shared celebrity came into being in the wake of one of the most dour and altogether tragic news cycles on record. As the Vietnam War raged on, Americans mourned the assassinations of Martin Luther King, Jr., and Robert F. Kennedy, only to watch in horror as the Democratic National Convention lapsed into violence in Chicago later that summer.

John and Yoko made their creative debut in November 1968, scant weeks before the Beatles’ White Album was released to international acclaim. Since consummating their couplehood back in May 1968, they had been nearly inseparable as the band toiled away at the double-album that would become their latest magnum opus.

When it came to telling their own story, John and Yoko would forgo the kind of artistic mystique that had surrounded the Beatles’ musical doings during the band’s studio years. Instead, the couple chose to live openly, brashly, and without apology. That November, they released the first album of the three-part experimental trilogy that would sear their name, for better or worse, in the annals of rock history.

Entitled "Unfinished Music No. 1: Two Virgins," the LP’s jarring aural contents were overshadowed by its infamous cover art, which featured a full-frontal nude photograph of the couple, post-coitus, welcoming the first day of their new life together earlier that year in unforgettable style. For its part, the music world could only look on, mouths agape, as one of the fabled Mop Tops seemed to be taking a strange turn indeed. EMI chairman Sir Joseph Lockwood reportedly made light of the album cover, asking “Why don’t use Paul instead? He’s much better looking.”

But while they were perfectly content to play the clowns for the newspaper set, John and Yoko weren’t kidding around in the slightest. "Unfinished Music No. 2: Life with the Lions" continued the couple’s stark life in self-portraiture. Released in May 1969, the LP was partly recorded at Queen Charlotte’s Hospital in London, where Ono was recovering from a miscarriage. In one of the album’s most powerful moments, Lennon captured the sound of their ill-fated baby’s fading heartbeat on a cassette recording.

Which brings us to "Wedding Album," the experimental trilogy’s final installment. Originally released in October 1969, the LP has been rereleased on Sean Lennon’s Chimera label in celebration of what would have been his parents’ 50th wedding anniversary. As with the other entries in the trilogy, "Wedding Album" features what Lennon described as a kind of “Unfinished Music,” a highly personalized sort of confessional autobiography. For Lennon, the form involved “saying whatever you want it to say. It is just us expressing ourselves like a child does, you know, however he feels like then. What we’re saying is ‘make your own music.’ This is Unfinished Music.”

A work of avant-garde experimentation in its own right, "Wedding Album" commemorated Lennon and Ono’s March 20, 1969, wedding near the Rock of Gibraltar in Spain. Produced by Lennon, Ono, and Phil Spector, "Wedding Album" featured two tracks, including “John and Yoko,” in which the couple called out each other’s names across a cascade of their own beating hearts, and “Amsterdam,” which captured interviews and conversations from the couple’s famous “Bed-In” for peace during their honeymoon. If the trilogy has a standout track, it’s almost certainly “John and Yoko,” with its mesmerizing, in-your-face hypnotic iteration of the couple’s verbal essence.

Designed by John Kosh, whose work had graced the Beatles’ "Abbey Road" LP, the package associated with "Wedding Album" included line drawings by Lennon, along with photographs of the couple, a copy of their marriage certificate, and a picture of a slice of wedding cake. By far the most interesting artifact among the LP’s facsimile of contents, the cake seemed to suggest that everyone was welcome at John and Yoko’s wedding banquet, that their trials and tribulations were ours to share.

In many ways, it was a brilliant strategy. John and Yoko would never return to the unabashed experimentation inherent in the trilogy. But alas, their celebrity was here to stay. And they knew exactly what they planned to do with it. By this point, they had already staged a series of Bed-Ins to publicize their ongoing activism in the name of global peace, while notching a top-10 hit with “Give Peace a Chance.”

By 1971, John and Yoko would reach even greater heights with the "Imagine" album and film project. There is no greater example of the fruits of their labor with the original trilogy—which succeeded in cementing the couple’s name as household words, even if barely anyone actually bought those records—than the new title track itself.

For Lennon, “Imagine” marked not only one of his finest post-Beatles effusions, but also the genius behind his activism with Ono. He intuitively recognized the song’s “anti-religious, anti-nationalistic, anti-conventional, anti-capitalistic” messaging. But he also knew that because “Imagine” is “sugarcoated, it is accepted.” John and Yoko had fashioned an unmistakable recipe for successfully communicating their ideals. “Now I understand what you have to do,” said Lennon. “Put your political message across with a little honey.” And nobody even had to take their clothes off.