Former Democratic Sens. Heidi Heitkamp and Joe Donnelly are launching a plan to help their party win the rural vote 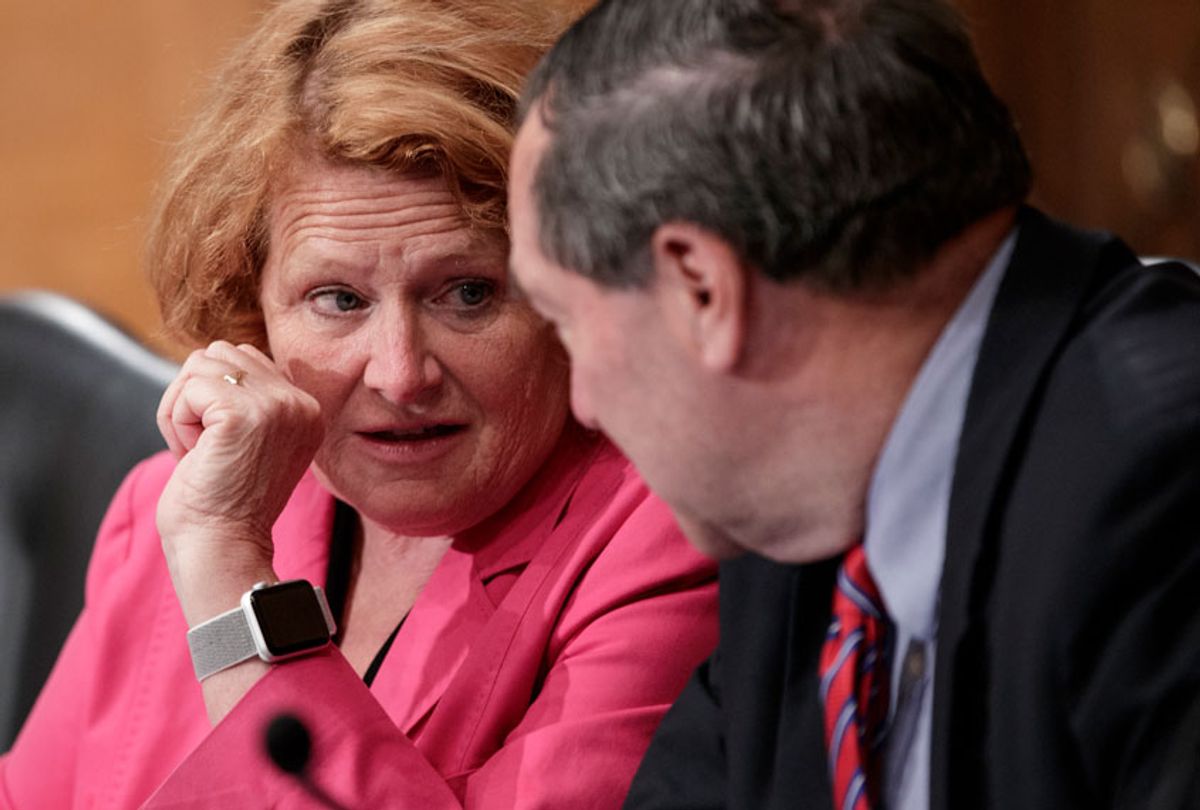 Former Democratic Sens. Heidi Heitkamp of North Dakota and Joe Donnelly of Indiana, who both lost their reelection races during the 2018 midterm election cycle, are now spearheading a project to help their party recapture the rural and farm votes it needs to win more contests in the 2020 election cycle.

Their new effort, known as the One Country Project, will zero in primarily on Democratic Senate battles and the presidential race but the former red-state lawmakers eventually want to help center-left candidates up and down the ballot in rural regions that went strongly for President Donald Trump in 2016, Axios first reported Thursday. Heitkamp and Donnelly will work with campaigns in the lead up to the election, providing candidates with messaging, data, polling and a strategy to appeal to those voters who "didn't feel that we shared their beliefs" in past elections, Donnelly told Axios in an interview.

"Culturally, they're focused on faith and family and country, and Donald Trump tells them all the time that we're not, even though we are," he added.

Hietkamp and Donnelly reportedly examined rural votes by county and state from 2000 to 2018 and discovered that if Democrats fail to connect with rural voters, they're projected to once again win the popular vote but lose the electoral college in 2020.

But the popular vote has repeatedly worked against the Democrats.

There have been five elections since 1870 in which a Democratic presidential candidate won the popular vote but lost the White House: Samuel Tilden lost in 1876 to Rutherford B. Hayes, Grover Cleveland in 1888 to Benjamin Harrison, Al Gore in 2000 to George W. Bush and, perhaps most famously, Hillary Clinton in 2016 to Donald Trump. Additionally, in the seven presidential elections since 1992, the Republican candidate has captured the popular and electoral votes just once (George W. Bush in 2004 to John Kerry).

Axios noted, "By using a similar margin that President Barack Obama won by in 2012, Heitkamp and Donnelly estimate the Democrats would end up with just 232 electoral college votes in the upcoming presidential cycle." While Obama captured the White House at the time by winning a majority of both the popular and electoral vote, Heitkamp and Donnelly seem to believe reproducing the former president's strategy in 2020 won't help Democrats win in places where voters believe the party has written them off.

By following multiple (and different) pathways, they believe Democrats will come out on top in states like Arizona, Florida, Nevada, North Carolina, Texas and Georgia. They former senators also predict Minnesota, Maine and New Hampshire will become fierce battlegrounds in 2020.

One Country has been working with the Democratic National Committee, but Heitkamp so far appears dissatisfied with their efforts, Axios reported.

The news website noted the DNC has tapped Liberty Schneider, who served as Heitkamp's 2018 reelection campaign manager, as its new director of rural outreach and engagement.Schneider will be responsible for engaging and mobilizing voters in rural communities ahead of the 2020 election cycle, Axios noted.

"Our party is at its best when we are connecting with people from all across the country, from Boston, MA to Bowbells, ND, and the DNC is committed to a 50-state strategy that helps us win up and down the ballot in 2019, 2020, and beyond," Schneider said in a statement to Axios.

Schneider said under the leadership of Tom Perez, the chair of the DNC, the Democratic Party "has made extensive investments to make sure we are connecting with folks in rural communities and talking about our shared values."