Gen Z’s smaller carbon footprint still may not be enough 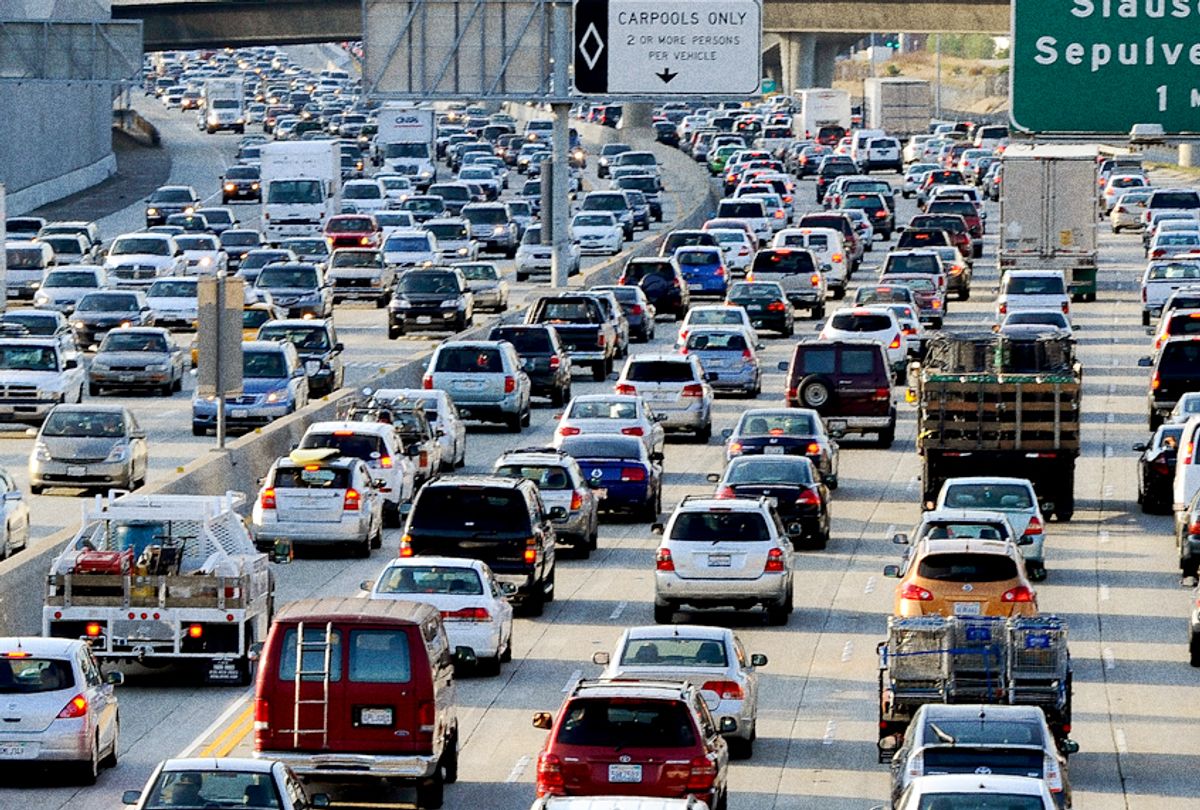 Addressing global warming will demand far more sacrifice from kids born today than earlier generations, according to a new study.

Unlike their Boomer grandparents, individuals in Generation Z will be required to pollute far less. But looking at individual carbon emissions doesn’t mean much when it takes worldwide action and a restructuring of global economies to fight impending disaster.

A recent analysis by Carbon Brief shows that Gen Z, born between 1997 and 2012, must emit far less carbon than Baby Boomers, born between 1946 and 1964. While the cut is dramatic across the board, the analysis spells out how the needed sacrifices vary greatly both among countries and along class lines within their borders.

In the United States, Gen Z’s carbon budget for a sustainable future must be 97 percent lower than that of the Boomers. But this figure does not reflect the rest of the global community. As part of history’s biggest carbon polluter, Americans emit an average 16.9 tons of carbon each year. Compare that with India, whose people emit an average 1.9 tons each. 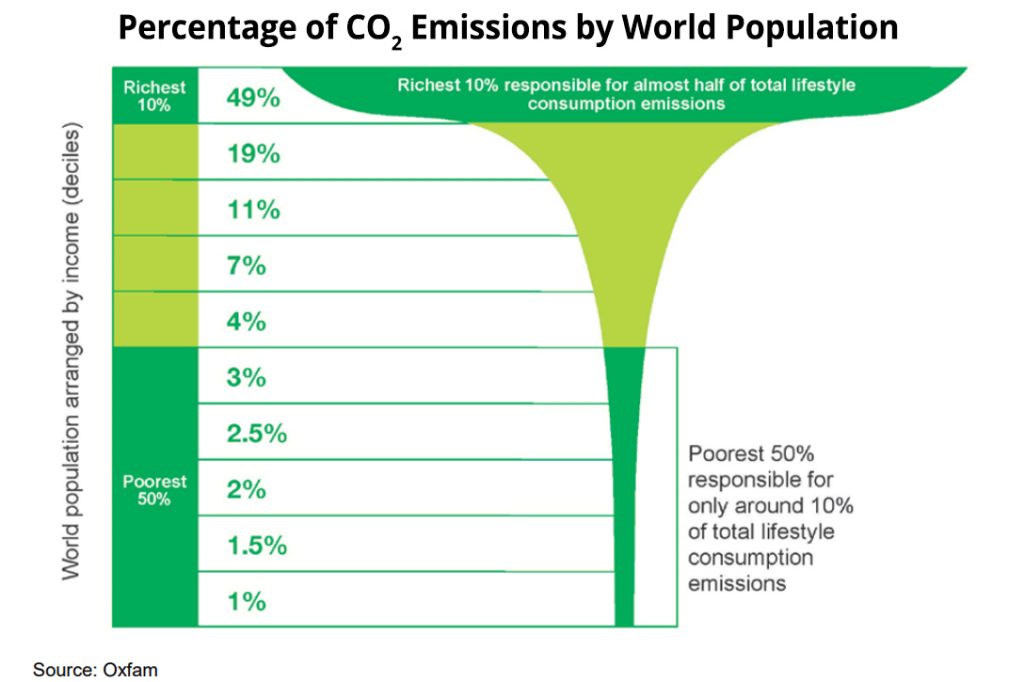 Pollution and Imports
This is mostly due to the structure of the US and European economies (The EU and Britain being, together, the second biggest polluters). The economies of the Global North rely on imported goods, which are able to be made cheaply due to these economies owning the means of shipping and belng allowed to pay factory and plantation workers less than they would domestically. In the case of banana production, for example, neocolonial holds on Latin American lands in the 19th century provided — and still provide, as they’ve maintained the shipping networks and land — a constant source of the exotic fruit at a cheap price.

The profit motive supplants concerns about human rights abuses on those plantations, the degradation of local environments, and the planetary cost of burning enormous amounts of fossil fuels in shipping.

But the blame of pollution is then entirely shifted onto rapidly developing countries, which an Oxfam analysis calls a “myth.” A case in point: 21 percent of China’s export-related emissions come from the production of goods for the US. A large carbon footprint is simply a byproduct of how our economy functions.

“Most people don’t appreciate what it takes to bring food to market,” Dan Costa, former national director of the EPA’s Air, Climate, and Energy Research Program, told "WhoWhatWhy". “And those costs are huge.”

John Bachmann, former associate director for Science/Policy and New Programs for the Office of Air Quality Planning and Standards, said more environmentally sustainable shipping is possible. The problem lies in getting to that point.

“Who’s going to make them do it, or why would they do it? You kind of wish you could build incentives in,” he told "WhoWhatWhy."

Pollution and the Rich
Within countries, class divides also play a role in carbon footprints.

“In most countries, it’s the richest people who have the highest per capita burning, and that’s because they fly, they buy more than one car, they have more than one house, they travel more. Even if they live in big cities they still travel more and use more energy than anybody else,” said Bachmann.

An analysis by the London School of Economics and Political Science showed that “rich households in the United States each create 12 metric tons of carbon dioxide per year on average from driving their cars — the equivalent of eight months of a poor household’s entire carbon footprint.”

Here we can again see the disparity among countries and the way the blame is shifted. According to the report: “the average emissions of a person in the richest 10% of Chinese citizens was about the same as the average carbon footprint of someone in the poorest 40% of Europeans … With regard to India the differences are even starker. Oxfam’s estimates suggest that even the richest 10% of Indian citizens have per capita emissions just one-quarter of the poorest 50% of those from the US.”

So while calculating personal carbon footprints has some value, individuals are but small actors on a very large stage. Bachmann, who frequently serves as a guest lecturer discussing air pollution, said he’s had many students ask how they can reduce their own emissions after seeing the statistics.

“[Even if] everybody that looked at this chart thought, ‘How can I fix this?’” he said, “individuals can’t do it by themselves … There have to be collective actions taken.” These actions would mean sacrifices as a society, he said, through economic changes and other sustainability initiatives that will determine what people have access to after switching to renewable energy sources.

“Not all of it’s going to fall on the individual the way it looks in this chart,” he said. “You can’t lose yourself in your personal carbon footprint without understanding that we gotta do these other things.”

The consequences of inaction are already painfully apparent.

“Once you’re slipping down the slide it’s really hard to grab and stop it,” said Costa. “There’s plenty of CO2 [in the atmosphere] that’s going to be changing the climate for over 100 years.”

But, he adds, today’s kids may be in a unique position to help.

Gen Z has seen the effects of climate change within their lifetime. Thinking about their environmental impact is, Costa said, something they grow up with, and adopting radical measures to improve our climate will be a “natural evolution” for them.

“I tend to be a glass half full kind of individual,” he said. “I’m optimistic that people will find … some equilibrium over time that will allow us to continue forward.”