"It has a lot of the failings of the feminist movement in it . . . white, moneyed ladies fighting for empowerment." 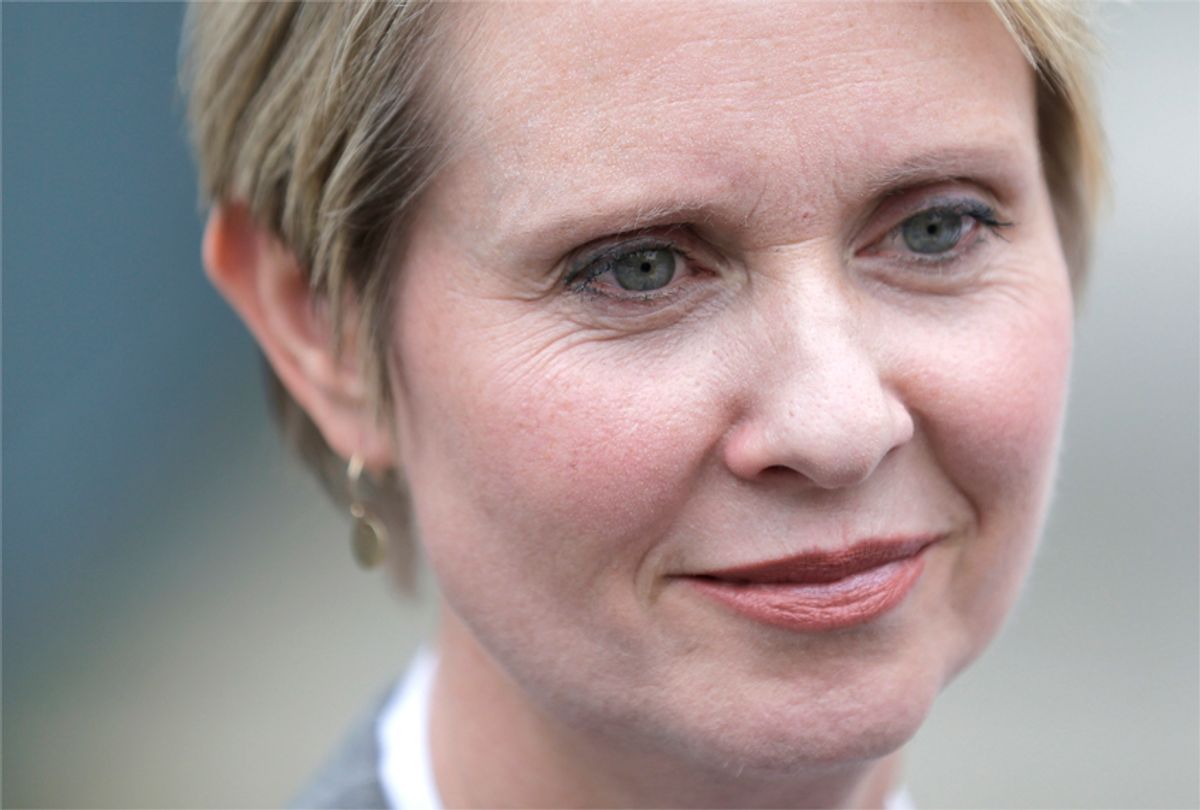 In her first round of interviews since running for governor of New York last year, Cynthia Nixon wasn’t afraid to get political. Though she shot her new film before the campaign, the human trafficking drama “Stray Dolls” is the first acting project of Nixon’s to come out since she was defeated in the primary by incumbent Andrew Cuomo. In an in-person interview before the film’s Tribeca Film Festival premiere, Nixon was relieved to be able to speak freely.

“It’s nice to be asked about things that are just purely my opinion, you can’t get them wrong,” she said.

Leaning into that freedom, Nixon did not hold back when asked how she thought “Sex and the City,” the groundbreaking HBO comedy that made her a household name, might be different if it were made today.

“Well, I certainly think we would not have all been white, God forbid,” she said. “One of the hardest things for me — it was at the time, too — is looking back and seeing how much of it centered around money, right? And how, Steve, my [character’s] husband, was like the closest we got to a working class guy, you know? Never mind a working class woman, right?”

She’ll find no such qualms with “Stray Dolls,” in which Nixon plays a villainous hotel manager who takes advantage of her vulnerable clientele. It is the first feature from Indian American filmmaker Sonejuhi Sinha, which she developed out  of a short that premiered in competition at Cannes. Nixon sports a killer Polish accent in an against-type role, and she is the perfect foil to film’s young protagonist, a recent immigrant from India played by the impressive Geetanjali Thapa. It’s a fantastic part for a young woman of color, and Thapa is excellent in the role.

Looking back at “Sex and the City,” Nixon wished there had been more nuance in the casting.

“Also, I think we wouldn’t all look like that,” she said. “In terms of like, the perfection factor. In terms of always looking so incredible. And I know that’s the fantasy element, and in terms of the show that was important. But I think there’s a lot of ways that people can be visually compelling without looking — quote unquote — perfect.”

Read more IndieWire: A Man Got Beaten Up for Spoiling 'Avengers: Endgame' in Hong Kong

“There was so much debate when [‘Sex and the City’] came out about whether it was a feminist show or not, which I always thought was stupid — of course it’s a feminist show. But I think it has a lot of the failings of the feminist movement in it. In that it’s like white, moneyed ladies who are fighting for their empowerment. In a bit of a bubble.”