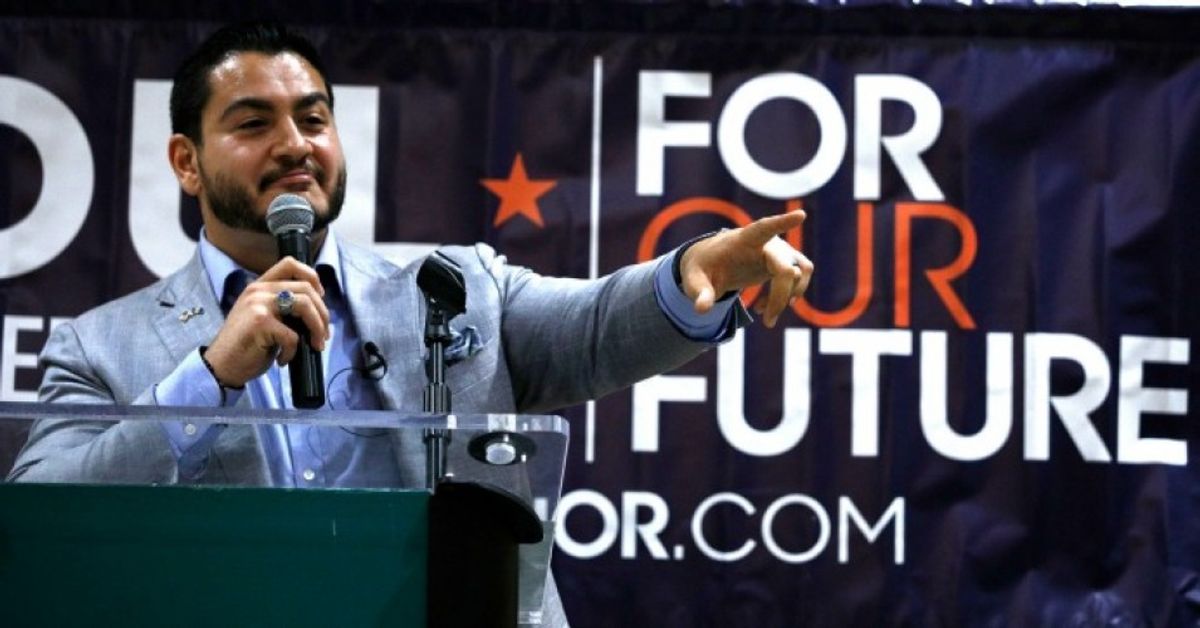 The Green New Deal is also a Public Health New Deal — and should be supported for that — physician and progressive activist Abdul El-Sayed argues in a op-ed published Friday in the Guardian.

El-Sayed garnered national attention last year for his ultimately unsuccessful run for governor in Michigan's Democratic primary. But before that, he served as Detroit's health director — and through that role, he writes, "I realized that the forces that cause climate change are the same forces that poisoned the lungs of babies in my city."

The doctor details his journey from a "reluctant" to "full-fledged environmental activist," spurred by his obligation to "provide basic public health goods and services for 700,000 people in a city that had been marginalized by almost every level of government intended to serve them." He demands bold action to better serve communities like his and address the root causes of the global climate crisis.

"The Green New Deal recognizes that the challenges of stopping climate change and providing low-income kids what they need to thrive are not mutually exclusive — rather they are mutually inclusive," writes El-Sayed. "As a public health doctor, I know that by eliminating the local consequences of fossil fuel emissions, and lifting whole communities out of poverty, the Green New Deal will also be a Public Health New Deal."

The youth-led Sunrise Movement, which is spearheading the grassroots push for the Green New Deal, praised El-Sayed's piece as "powerful" on Twitter.

Rep. Alexandria Ocasio-Cortez, D-N.Y., and Sen. Ed Markey, D-Mass., introduced the Green New Deal resolution currently before Congress in February, with support from dozens of other Democrats. The intentionally broad measure calls for transitioning the U.S. energy system to 100 percent renewable sources over a decade — in line with the timeline scientists say is necessary — and creating millions of green jobs.

The resolution acknowledges that "climate change, pollution, and environmental destruction have exacerbated systemic racial, regional, social, environmental, and economic injustices" by disproportionately impacting frontline and vulnerable communities, and calls on the federal government to "promote justice and equity" by stopping and preventing such abuses of these groups.

When El-Sayed was health director, he writes, "Detroiters were three times as likely to wind up in a hospital for asthma as the Michigan state average. A disproportionate number of those Detroiters were kids."

In that context, El-Sayed recalls a fight a few years ago to force a local oil refinery that wanted to emit even more sulfur dioxide, a pollutant that can trigger asthma attacks, to instead cut back emissions.

With that example, El-Sayed illustrates the conditions that people in marginalized communities endure, and points out the Green New Deal aims to address that.

Poor kids suffer asthma in communities like Detroit because they are poor. These kids live in the air sheds of major polluters because their families cannot afford housing elsewhere. And those polluters set up shop in poor communities because they know the families in those communities are too busy surviving to stand up. Those same corporations also spend billions to lobby government for polices that erode worker rights, drive poverty—and promote climate change.

I'm standing up for the Green New Deal because it stands up for the kids of Detroit. It recognizes that climate change is an imminent threat to our Earth, and that the benefits of solving it must go to the people who have been most affected by it. By investing in well-paying, secure jobs to revolutionize our energy system, it can lift communities like Detroit out of poverty — and by eliminating the emissions that drive climate change, it can address the local consequences of those emissions for children. Most importantly, it would avert the irreversible, catastrophic consequences that our failure to act will let loose.

"Climate scientists suggest we have 11 years to act until the global consequences of climate change are irreversible — but every day, the consequences of pollution in the lives of countless children all over our country become irreversible," writes El-Sayed. "Let us act now for our kids, for our globe."