“It was so unbelievably exciting,” Williams said about the scene, which instantly became an iconic "Thrones" moment 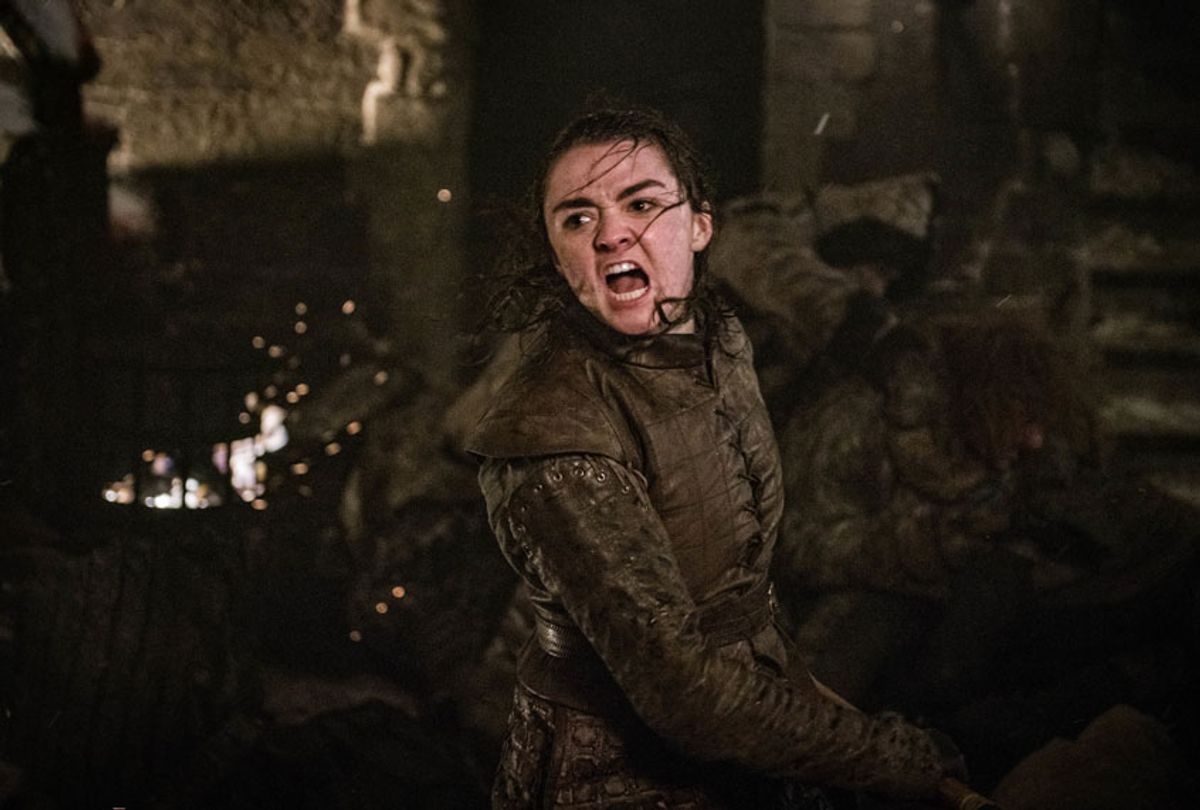 The highly anticipated Battle of Winterfell “Game of Thrones” episode did not disappoint when it came to its shocking climax. The Night King and his army of white walkers were officially wiped off the map after Arya stabbed the series’ biggest villain with her Valyrian steel dagger and shattered him into a million pieces. The series had been building to a one-on-one fight between The Night King and Jon Snow, which meant the Arya twist came as a huge surprise to not only viewers, but also to “Thrones” actors Maisie Williams and Kit Harington.

“It was so unbelievably exciting,” Williams told Entertainment Weekly about discovering she would be the one to end The Night King. “But I immediately thought that everybody would hate it; that Arya doesn’t deserve it. The hardest thing is in any series is when you build up a villain that’s so impossible to defeat and then you defeat them. It has to be intelligently done because otherwise people are like, ‘Well, [the villain] couldn’t have been that bad when some 100-pound girl comes in and stabs him.’ You gotta make it cool. And then I told my boyfriend and he was like, ‘Mmm, should be Jon though really, shouldn’t it?’”

Harington admitted he thought it was going to be Jon as well, telling EW, “I was surprised, I thought it was gonna be me! But I like it. It gives Arya’s training a purpose to have an end goal. It’s much better how she does it the way she does it. I think it will frustrate some in the audience that Jon’s hunting the Night King and you’re expecting this epic fight and it never happens — that’s kind of ‘Thrones.’ But it’s the right thing for the characters. There’s also something about it not being the person you expect. The young lady sticks it to the man.”

For director Miguel Sapochnik, making Arya’s moment as surprising as possible for the viewer was a top priority. “It’s about almost losing her from the story and then have her come in as a surprise and pinning all our hopes on Jon being the guy going to do it — because Jon’s always the guy,” the director said. “So we follow Jon in a continuous shot I want the audience to think: ‘Jon’s gonna do it, Jon’s gonna do it…’ and then he fails. He fails at the very last minute. So I’m hoping that’s a nice switch that no one sees coming. “

Read more IndieWire: Lupita Nyong'o Reveals What White Walkers Have in Common With the Tethered From 'Us'

“It all comes down to this one very moment,” added Williams. “It’s also unexpected and that’s what this show does. So then I was like, ‘Fuck you, Jon, I get it.’”

The final season of “Game of Thrones” continues Sundays at 9pm ET on HBO.