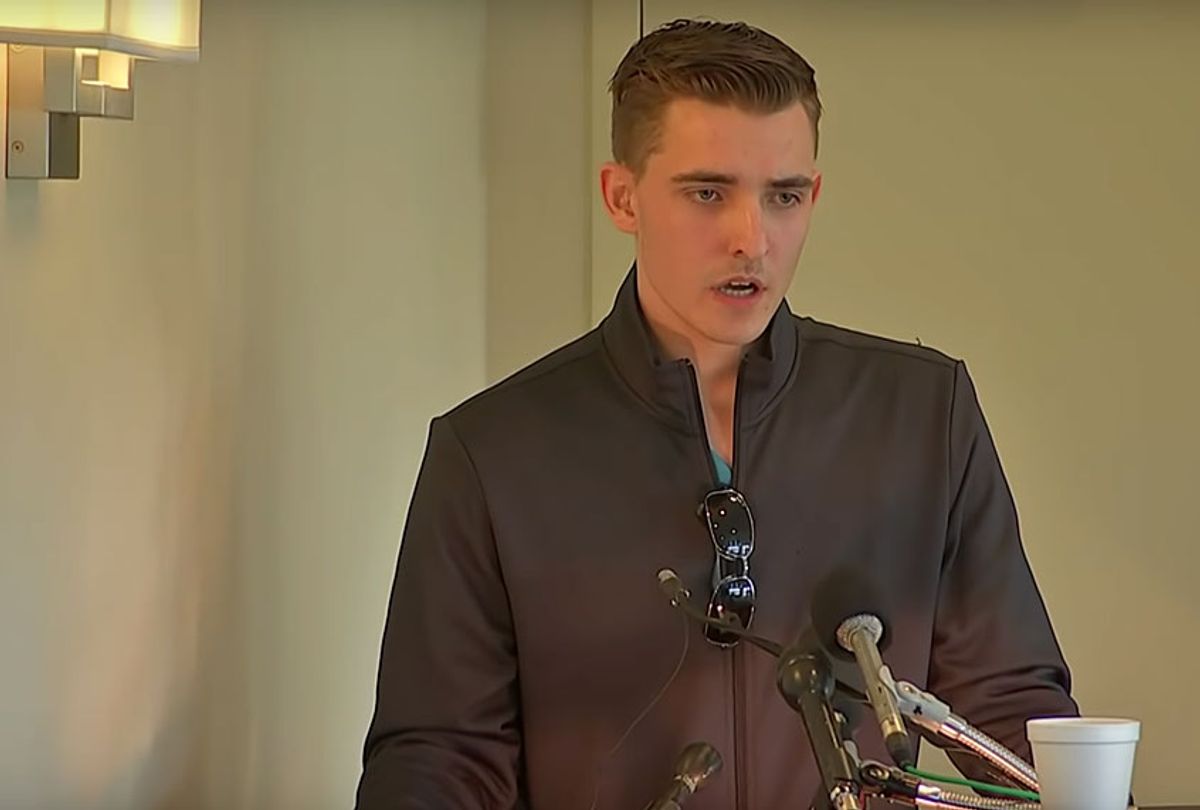 Wohl and Burkman, who also recruited a woman to make false allegations against special counsel Robert Mueller last year, told the men the plot was intended to hurt Buttigieg’s campaign because Wohl perceived him as a threat to President Trump’s re-election.

On Monday, Hunter Kelly published a post on Medium accusing Buttigieg of sexually assaulting him in February. Wohl’s father, David Wohl, blasted the post out on Twitter and the story was picked up by far-right conspiracy blogs. Hours later, Kelly admitted on his Facebook page that he was “not sexually assaulted” and confirmed to The Daily Beast that Wohl and Burkman used him to falsely smear Buttigieg.

“It's important for everyone to know that I was not sexually assaulted and would never falsely accuse anyone,” Kelly wrote on Facebook. “I was approached by a political figure to come to DC to discuss political situations from the standpoint of a gay Republican. When I arrived they discussed Peter Buttigieg and started talking about how they would be working a campaign against him.

“I went to bed and woke up to a fake Twitter @RealHunterKelly and an article that I in no way endorsed or wrote,” he added. “I have since left and am working on a formal statement to give to everyone including the Buttigieg family.”

Another man, who described himself as a Republican Trump supporter, told The Daily Beast that Wohl and Burkman tried to recruit him into making false allegations too. The man provided an audio recording of a meeting in which Wohl calls Buttigieg a “terminal threat” to Trump’s re-election.

Wohl and Burkman tried to persuade the man into alleging that Buttigieg sexually assaulted him when he was too drunk to give consent and planned a press conference that they claimed would make him “wealthy, famous, and a star in Republican politics,” the man told The Daily Beast, adding that Wohl cited the “national recognition” that Christine Blasey Ford received after accusing Supreme Court Justice Brett Kavanaugh of sexual assault when both were in high school.

Wohl and Burkman told the man that his allegations would be a “catalyst” that would prompt other “actual victims” to come forward, according to the report.

The man said he refused to participate in the scheme. Days later he received a call from Wohl from a phone number listed on the website for a company called Potomac Intelligence Group. When reporters called Wohl and Burkman about the allegations, the website was taken down.

A woman told USA Today after the false allegations were reported that Wohl “made it up,” tricked her using a false identity, and tried to coerce her into appearing at a press conference against her will.

“When we learned last week of allegations that women were offered money to make false claims about the Special Counsel, we immediately referred the matter to the FBI for investigation,” Mueller’s spokesperson said in a statement last year.

The FBI signaled earlier this month there is an active investigation into the matter.