Larson has two billion-dollar movies under her belt this year with "Captain Marvel" and "Avengers: Endgame" 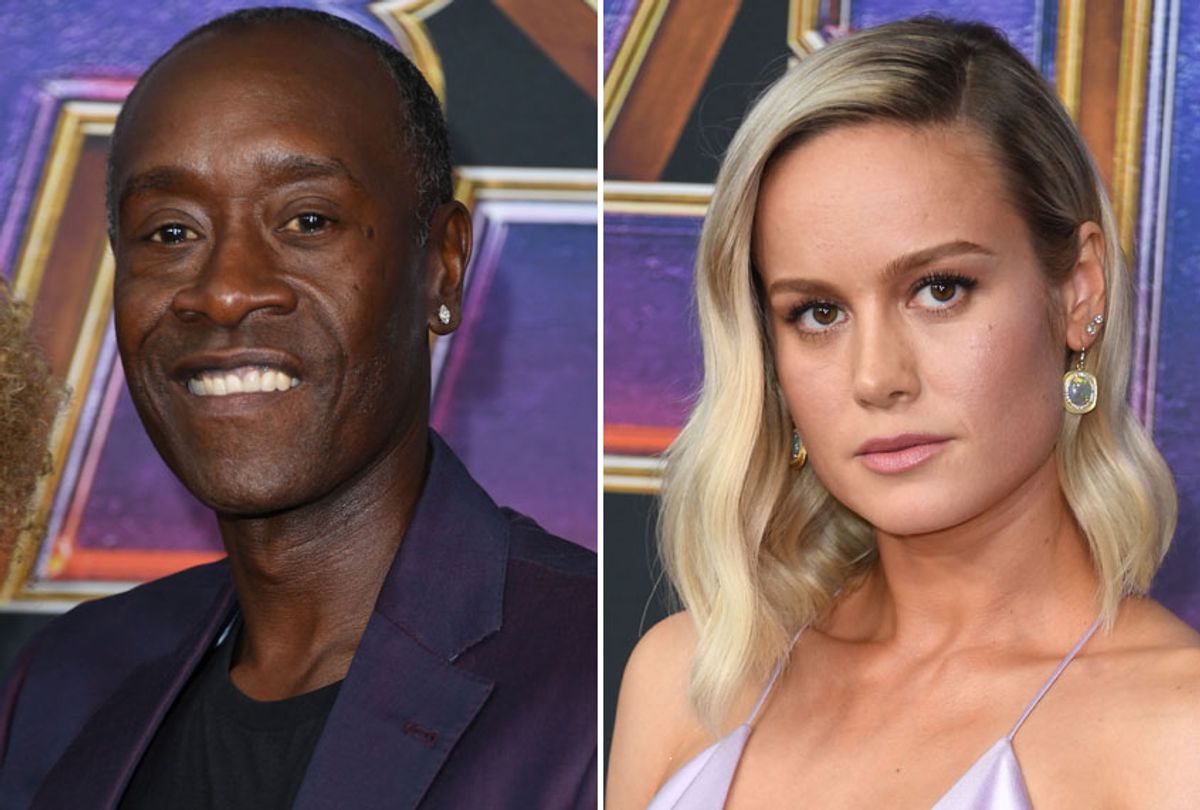 Don Cheadle has come to the defense of his “Avengers: Endgame” costar Brie Larson after a video published by body language expert Mandy O’Brien went viral for criticizing Larson’s appearance and behavior during the Marvel movie’s press tour. O’Brien analyzed a joint interview with Cheadle, Larson, and Chris Hemsowrth, referring to the men’s body language as “relaxed” and accusing Larson of being domineering by being “stiff” and “trying to be taller than these gentlemen.”

“She is really trying to dominate them,” O’Brien says of Larson in the video, which has earned over 400,000 views in a week. “I guess in her mind, domination equals acceptance…In reality, submission will get you a lot further in friendship circles than trying to dominate and boss everyone around.”

When Larson says she did her own stunts as Captain Marvel, O’Brien slams the actress for being “unprofessional” and immature. Larson is also accused of giving Hemsworth “bedroom eyes,” which apparently means she needs Hemsworth to “validate her” by thinking she’s pretty. The video is both disgraceful and nonsensical, which is why Cheadle put the clip on blast in social media posts calling out O’Brien.

“You should see my ‘body language’ right now,” Cheadle said. “This is some of the funniest stuff i’ve ever heard. Brie was trying to keep her ponytail behind her because her hair stylist kept flying in and fixing it. She’s actually being over accommodating. Amazing.”

Read more IndieWire: Could 'Avengers: Endgame' Be the First $1 Billion Domestic Grosser in Initial Release? We Do the Numbers

Larson has been the victim of online harassment for much of 2019 due to the releases of “Captain Marvel” and “Avengers: Endgame,” both of which have earned over $1 billion at the worldwide box office. “Captain Marvel” was the target of negative scores on Rotten Tomatoes before the movie was even released as some people did not want a female-led superhero movie. Both of Larson’s MCU movies are now playing in theaters nationwide.

Read more IndieWire: 'Game of Thrones' Cinematographer Defends Battle of Winterfell Against Complaints It's Too Dark to See