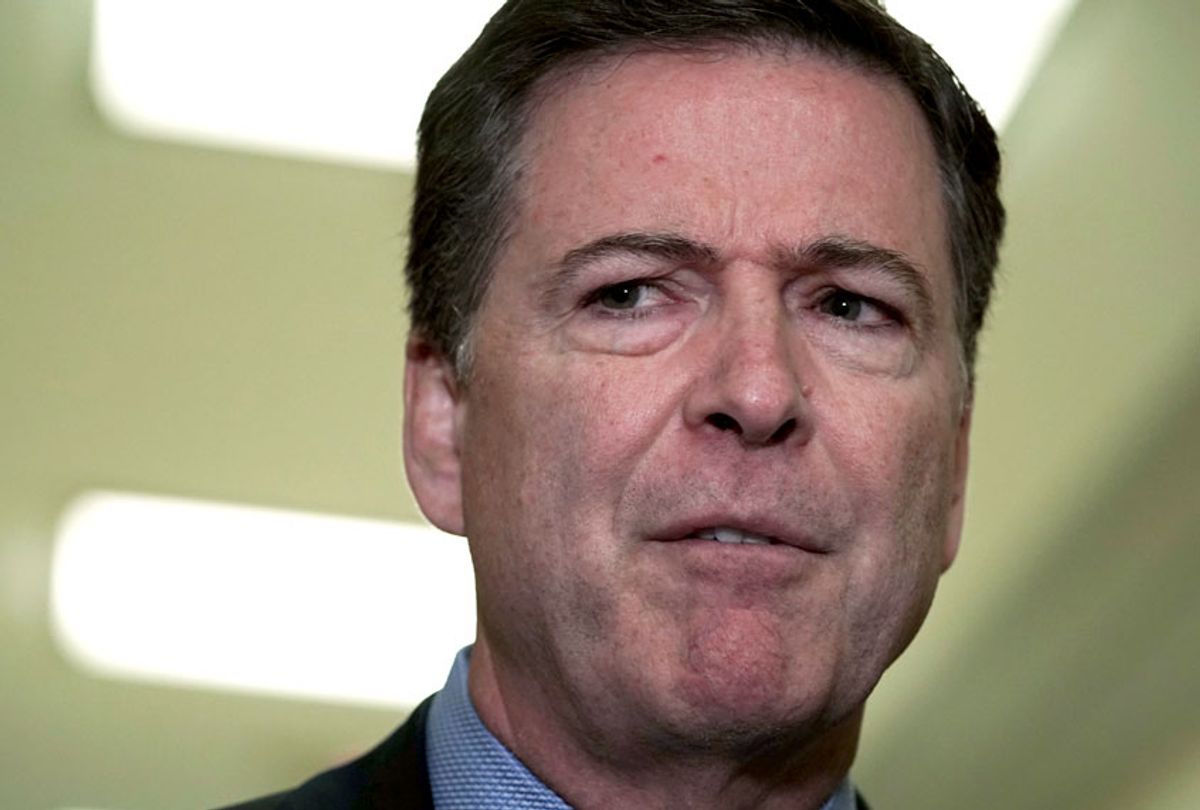 Former FBI director James Comey railed against President Trump in a Wednesday op-ed for The New York Times, cast as an attempt to explain Attorney General William Barr's submission to the White House.

"People have been asking me hard questions. What happened to the leaders in the Trump administration, especially the attorney general, Bill Barr, who I have said was due the benefit of the doubt?" Comey began in the op-ed, published during Barr's testimony before the Senate Judiciary Committee.

"How could Mr. Barr, a bright and accomplished lawyer, start channeling the president in using words like 'no collusion' and F.B.I. 'spying'?" Comey continued. "And how could Rod Rosenstein, the deputy attorney general, after the release of Mr. Mueller's report that detailed Mr. Trump’s determined efforts to obstruct justice, give a speech quoting the president on the importance of the rule of law?"

After spending four months working alongside Trump, Comey wrote, he thought he had an answer to the question of what happened to individuals like Barr and Rosenstein, but said he doesn't know "for sure."

"People are complicated," Comey noted, "so the answer is most likely complicated."

"Proximity to an amoral leader reveals something depressing." he continued. "I think that's at least part of what we've seen with Bill Barr and Rod Rosenstein."

"Accomplished people lacking inner strength can't resist the compromises necessary to survive Mr. Trump and that adds up to something they will never recover from," he continued. "It takes character . . . to avoid the damage, because Mr. Trump eats your soul in small bites."

Comey, who was fired by Trump early in his presidency, said such compromises begin as soon as executive branch aides are "sitting silent while [Trump] lies, both in public and private, making you complicit by your silence." As administration officials allow the president to go unchallenged, Trump "pulls all those present into a silent circle of assent."

"Speaking rapid-fire with no spot for others to jump into the conversation, Mr. Trump makes everyone a co-conspirator to his preferred set of facts, or delusions," Comey wrote. "I have felt it — this president building with his words a web of alternative reality and busily wrapping it around all of us in the room."

Comey said the "private circle of assent" then moves to "public displays of personal fealty," alluding to a June 2017 Cabinet meeting when department heads heaped praise on the president.

The former FBI chief hypothesized that administration officials remain silent "because, after all, what are you supposed to say? He's the president of the United States." Comey argued that Trump's "outrageous conduct convinces you that you simply must stay, to preserve and protect the people and institutions you hold dear."

Remaining in the administration requires "further compromises," Comey wrote, where "you use his language, praise his leadership, tout his commitment to values."

"And then you are lost. He has eaten your soul."