The 7 best movies new to Netflix in May 2019, from "Snowpiercer" to Alexandria Ocasio-Cortez

The best new additions on Netflix this month range from "Moonlight" to "The Matrix," and from AOC to Liz Taylor 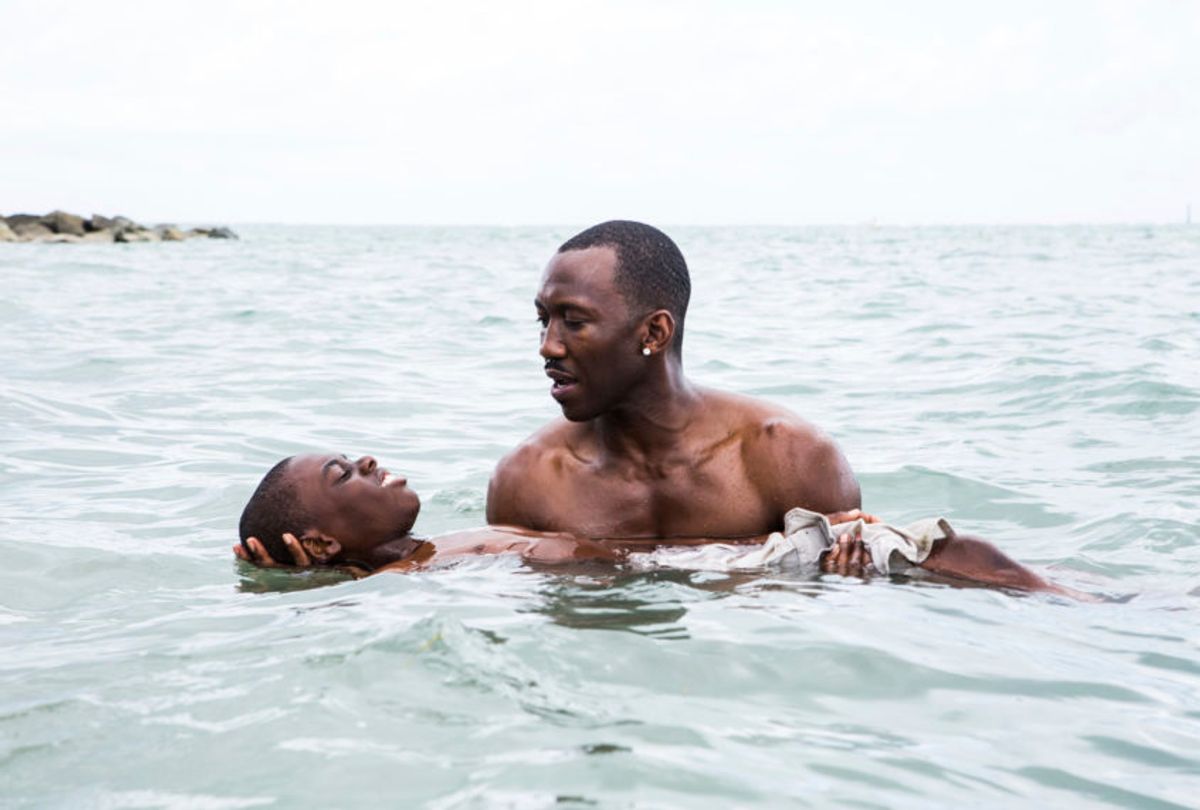 This image released by A24 shows Alex Hibbert, foreground, and Mahershala Ali in a scene from the film, "Moonlight." (David Bornfriend/A24 via AP) (AP)
--

Netflix’s May release slate is a bit quiet compared to the average month, as it almost seems as if the streaming giant were ceding a little bit of viewers’ attention to the first onslaught of summer movies (the platform’s new television offerings are more robust, highlighted by Ava DuVernay’s “When They See Us”). But that doesn’t mean Netflix is leaving its subscribers high and dry for the rest of the spring, as the assortment of titles streaming over the next few weeks are a grab bag of new — and classic! — films that should offer a little something for everyone.

The new batch of Netflix Originals include “Knock Down the House” and “The Perfection” (the former of which stormed through Sundance, and the latter of which was a Fantastic Fest highlight last fall), and the mixed bag Ted Bundy biopic, “Extremely Wicked, Shockingly Evil, and Vile.” On the older front, Netflix is also adding a handful of films that were formative in their respective genres, including “Who’s Afraid of Virginia Woolf?,” “Scream,” and “The Matrix.”

On top of that, it’s also worth mentioning that Netflix has kicked off a rotating lineup of iconic black films, in order to fill one of the many gaps in its library. First up: Robert Townsend’s “B*A*P*S,” which has now fully achieved the cult status that it’s seemed destined for since the moment Roger Ebert called it “jaw-droppingly bad” in his zero-star review.

Here are the seven best movies coming to Netflix this May. For the full lineup, click here.

Originally conceived as a broader documentary about the changing face of America’s political aspirants, Rachel Lears’ “Knock Down the House” evolved into something more immediate and exciting when one of her four subjects, Alexandria Ocasio Cortez — unexpectedly knocked off a big-money opponent and broke through on the national stage.

Here’s what IndieWire’s Kate Erbland had to say about the film when it premiered at Sundance earlier this year:

“Knock Down the House” focuses on four first-time candidates scattered around the country, all women, all from working class backgrounds, all pursuing political office for different reasons, though the film inevitably gives way to the full-force power of Alexandria Ocasio-Cortez’s campaign and charisma. (Yes, the film ends with her New York primary win; no, it doesn’t blink at the inevitability that its audience is well-aware of what’s to come.) A film just about Ocasio-Cortez would certainly have been compelling enough, but it would have been lacking the central idea that drives Ocasio-Cortez and her compatriots: for one of them to break free, a hundred will have to fail. No one would believe the ending if it hadn’t been splashed all over the news months ago, but it still lands with a gut punch and more than a few tears. The result is an immediate and engaging look inside a system so many newbies are eager to mold into a fresh vision, bolstered by the star wattage of a newly minted political powerhouse.”

All of Bong Joon-ho’s movies are about monsters, some more literally than others. In “Memories of Murder,” the monster is the boogeyman, ripped from the headlines and hiding in the darkness. In “The Host,” the monster is an actual monster (albeit one who’s still most dangerous as a metaphor). And in “Snowpiercer,” the monster is the abstract force of capitalism, rotting us from the inside out as we eat each other to survive and maintain some semblance of order at the end of the world.

A tightly contained sci-fi epic about class struggle, global warming, and Chris Evans’ dietary habits, “Snowpiercer” grows more relevant with every ride around the rails. The story is a simple one: Some time after scientists have accidentally expedited global warming, Earth’s last survivors huddle aboard a mysterious billionaire’s renewably powered train, where the fiscal hierarchy has been knocked sideways and everyone lives in strict accordance to their wealth. When a motley crew of poor folks (including Evans, Song Kang-ho, and Octavia Spencer) rise up against their fascistic overlords (represented by Tilda Swinton), their revolution forces them to fight their way from the caboose to the pilot. A master at juggling tones and mashing together genres, Bong turns this post-apocalyptic fable into a fun and profound examination of who we are, and how we might hope to survive together.

Jim Henson. Frank Oz. An adorable pet monster named Fizzgig. What’s not to love about every millennial’s favorite childhood nightmare factory? Before Netflix releases its prequel series later this year, check out the formative puppet fantasy that scared Hollywood away from ominous Tolkien-inspired magic and all the way back to Sesame Street.

Now that horror movies have become Hollywood’s only profitable alternative to superhero franchises, it can be hard to remember that — as recently as the mid-’90s — the genre was all but undead and consigned to the graveyard of the direct-to-video market. The artistry was there, but the market was not. And then Wes Craven, who knew a thing or two about scaring Americans into movie theaters, came along and reset the table with a single film.

Even if you haven’t seen “Scream,” odds are you still know what Craven did that Christmas (yes, “Scream” opened on December 18, for some reason). A self-referential send-up of slasher movies that’s also deadly serious about its scares, “Scream” forced the masses to appreciate the kind of horror tropes that Fangoria readers knew by heart; by letting general audiences in on the joke, Craven made them all the more susceptible to his punchlines. But “Scream” holds up so well because it was always more than just a paradigm shift. For all of its cultural impact, this smirking little movie is also a rock-solid slasher in its own right, complete with a prologue for the ages, an immortal final girl, and a performance from Matthew Lillard that approaches Peter Lorre levels of derangement. Three conceptually-required sequels (and an ill-conceived TV show) later, “Scream” is still worth streaming.

Arriving to Netflix just after the internet finished celebrating its 20th anniversary, “The Matrix” has steadily grown from an unexpected hit, to a forward-thinking display of special effects, to the epochal masterpiece that it’s considered today. While the film is iconic for its transgressive style and visionary sci-fi spectacle — only the Wachowskis had the wherewithal to imagine how skin-tight leather and balletic kung-fu could be natural bedfellows — it’s probably most revered for how it bridged the gap between centuries, using bullet-time to shoot the world into a future ruled by the same technology that seemed poised to liberate it.

Classic films — real classic films, and not just anything made before 1990 — too seldom come to Netflix, and there’s no telling what they’ll actually look like when they do (the streamer often pulls from the public domain, and isn’t especially considered with the condition of the content that goes on the platform). But if Netflix is interested in beefing up its black-and-white section, it could do a lot worse than roping in Mike Nichols’ Oscar-winning Edward Albee adaptation. Here’s hoping that this primal scream of a movie is sufficiently well-positioned to show a whole new audience what Elizabeth Taylor was capable of when stripped of her vanity. As the original poster stated: “You are cordially invited to George and Martha’s for an evening of fun and games.” But it’s a lot safer to watch from your own house.

There’s still plenty to say about “Moonlight.” There will probably always be plenty to say about “Moonlight,” particularly as the landscape continues to change (and Barry Jenkins continues to play a part in changing it). But for now it’s enough to say that “Moonlight” is coming to Netflix, which should hopefully allow it to reach an even wider audience than before; winning Best Picture can do a lot to raise a movie’s profile, but a relatively small $27 million box office haul suggests that some people have yet to discover what IndieWire crowned as the best LGBTQ film of the 21st century.

Available to stream May 21.