Kellyanne Conway won’t say if Trump knows Mueller's disappointment of Barr, as she's not "under oath 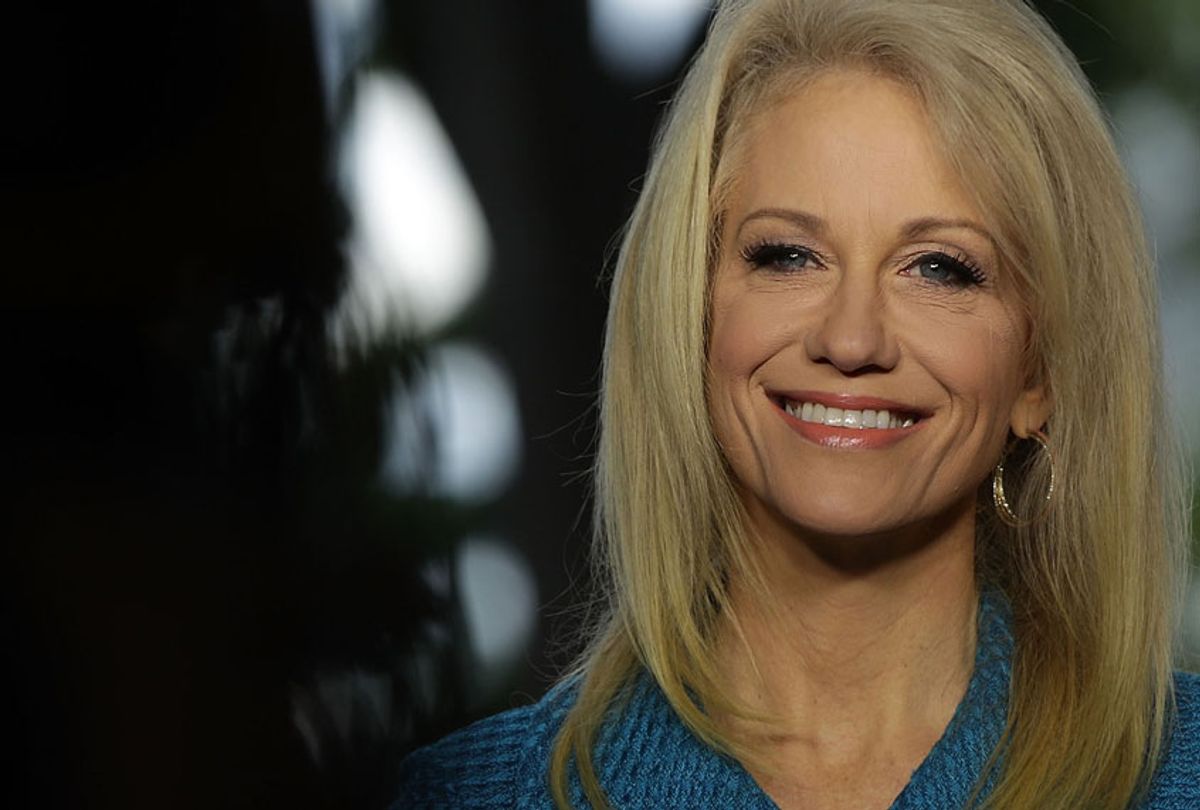 Kellyanne Conway, counselor to President Donald Trump, on Wednesday declined to say whether or not the president knew special counsel Robert Mueller was unhappy with Attorney General Bill Barr’s propagandistic handling of the Russia report.

At a Senate hearing on Wednesday, Barr explained that Mueller had expressed disappointment after the attorney general released a mischaracterized summary of the Russia report.

During a press gaggle later in the morning, Conway was asked if Trump knew that Mueller was unhappy about the way Barr spun his report to the media.

Conway, however, declined to answer, and noted that she was not “under oath” to tell the truth as Barr had been.

“Bill Barr is the attorney general of the United States and I think people should start showing him a little respect,” Conway reportedly said. “To impugn the integrity, reputation, character and competence of Bill Barr…is really rich, including people on Capitol Hill who never seem to be under oath but always seem to have an opinion on things.”

Conway also took a shot a Democratic presidential candidate Joe Biden, who recently revealed that he had asked former President Barack Obama not to endorse him. Conway suggested that the story was a lie.