Lawns are the No. 1 irrigated "crop" in America. They need to die.

American lawns have so, so much potential — and right now, it’s going to waste 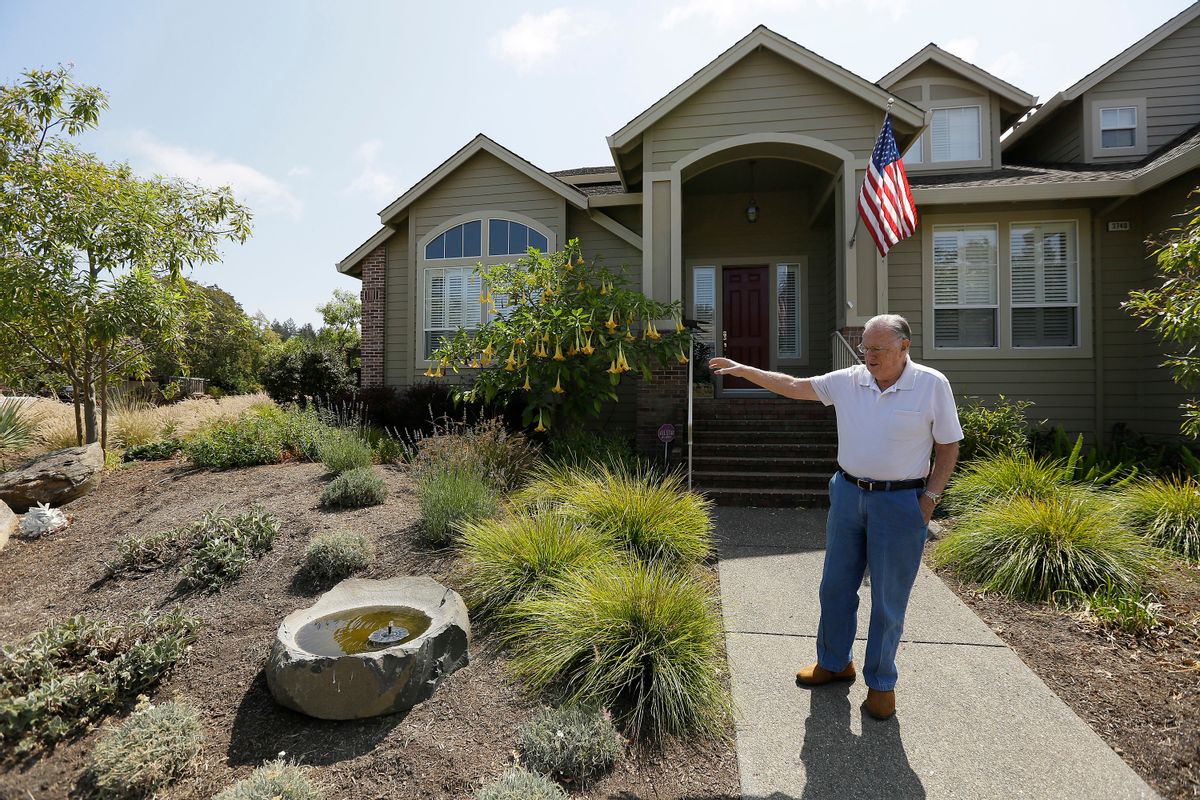 In this photo taken Tuesday, Aug. 23, 2016, Bill Crowell shows his garden made to use less water at his home in the Fountaingrove neighborhood in Santa Rosa, Calif. California water agencies that spent more than $350 million in the last two years of drought to pay property owners to rip out water-slurping lawns are now trying to answer whether the nation's biggest lawn removal experiment was all worth the cost. (AP Photo/Eric Risberg) (AP)
--

As a new homeowner, my strategy for finding a house was probably a little different than most: I looked for the one with the smallest lawn I could find.

The privilege of homeownership is increasingly rare these days, and I wanted to make sure my little plot of land would have a net benefit to my city and the environment. My city, St. Paul, Minnesota, bills itself as “the most liveable city in America.” I want to help make that statement a bit more true. My strategy: Rip out my grass lawn as soon as possible.

Lawns do provide some benefits: Green spaces help reduce the urban heat island effect, lowering the temperature of the entire metro area. Lawns can help restore groundwater and reduce urban flooding, and because they’re plants, they help pull a small amount of carbon dioxide out of the air. Plus, they are generally pleasing places to play.

But, on balance, lawns are awful for the planet. Our addiction to lawns means that grass is the single largest irrigated agricultural “crop” in America, more than corn, wheat, and fruit orchards combined. A NASA-led study in 2005 found that there were 63,000 square miles of turf grass in the United States, covering an area larger than Georgia. Keeping all that grass alive can consume about 50-75 percent of a residence’s water.

Lawnmowers suck up gas and pollute the air: Every year, U.S. homeowners spill some 17 million gallons of gas while filling up mowers. We use tens of millions of pounds of chemical fertilizer and pesticides on our lawns.

All this effort, of course, isn’t cheap. Americans spend more than $36 billion every year on lawn care, four-and-a-half times more than the annual budget of the Environmental Protection Agency.

American lawns have so, so much potential — and right now, it’s going to waste. It’s time to culturally stigmatize the classic over-watered, over-fertilized, over-mowed American lawn — a symbol of excess that’s persisted for far too long.

Minnesota is one of the few places in the country where traditional turf grass can grow without much help, but it’s still no match for native grasses if your goal is to reduce your planetary impact. All grasses pull carbon dioxide out of the air and bury it underground, but native grasses have much deeper roots — and can store carbon much more efficiently.

In places like Southern California, there is no reason for conventional lawns to exist — and amid an ongoing megadrought, cities are offering buyouts for homeowners to convert their grass lawns into native vegetation or shaded, xeriscaped rock.

A lawn filled with native plants provides habitat for animals, from insects to birds and everything in between. A lawn that’s used to produce food could feed your family, boost neighborhood-level community, and provide jobs (if you don’t have a green thumb). When you run the numbers, it turns that almost anything is better than a grass lawn — except pavement.

My lawn’s days as a grass-based environmental scourge are numbered. I have big plans for my outdoor area: Fruit trees, garden space, native plants. It’s small enough that this project should be manageable, even for a single parent with two small kids.

More on the American lawn: