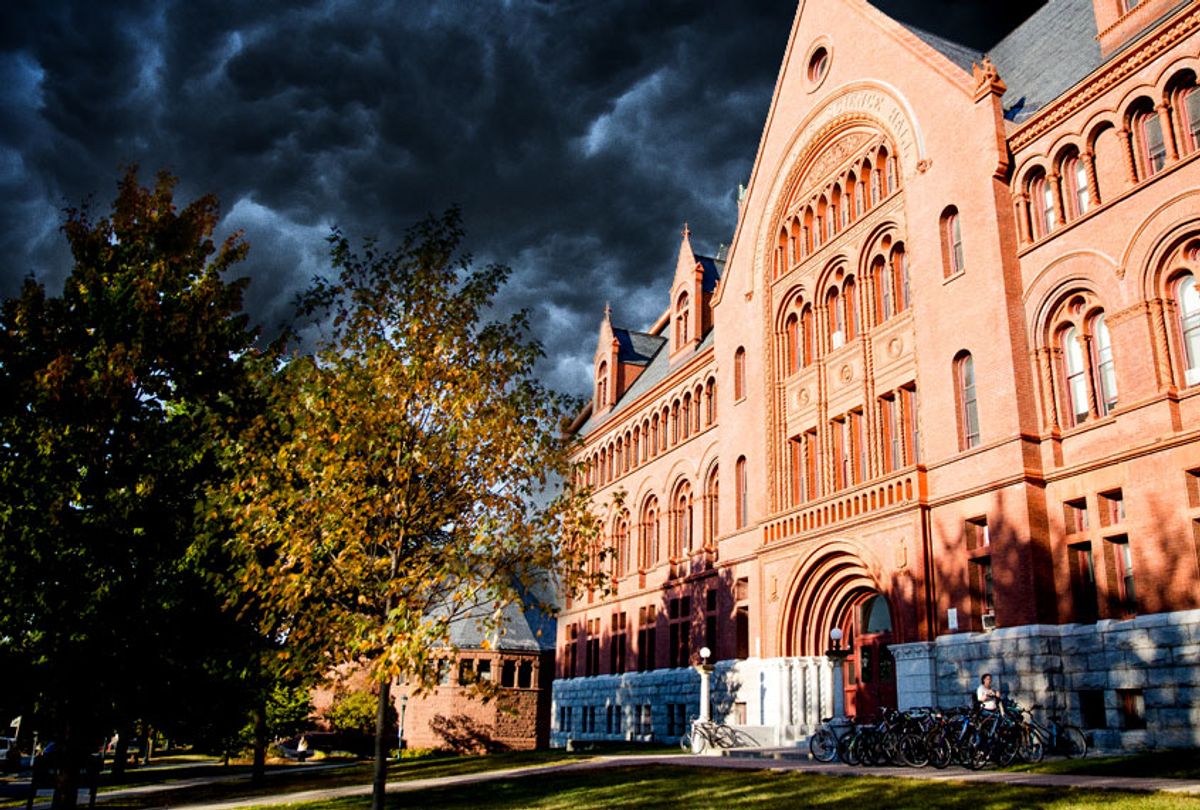 As the ranks of Democratic Party 2020 presidential hopefuls continue to swell and Trump’s chaotic lawlessness proliferates it’s easy to miss a deepening crisis that’s already taking a toll on millions of households and is about to get much worse.

It has metastasized way beyond a talking point on a candidate’s laundry list. Left unaddressed it will consign generations to poverty, further accelerate wealth and income disparity and knee-cap the nation’s economic prospects as even fewer adults can afford to form a family.

Student debt that was at $521 billion in 2006, has now spiked to $1.57 trillion, more than a 200 percent increase. That puts it second only to the nation’s aggregate mortgage debt and a half-trillion more than America’s total credit card bill.

According to the Urban Institute, every fiscal quarter another 250,000 student borrowers see their loans go into default, that’s one million a year. Currently, 11.5  percent of the nation’s student loans are in default but the Urban Institute is projecting by 2023, in just four years, that default rate will approach a near catastrophic 40 percent.

A college loan default becomes even more ruinous when the student drops out before getting a degree. Currently, 56 percent of students drop-out by year six. At that point, a young adult life is economically underwater since dropouts earn 35 percent less, that’s an average $21,000 less a year, than their classmates that persevered to graduation are earning.

In many ways, this deepening crisis builds on the Great Recession when Americans lost $20 trillion in household wealth. That erosion of an economic foundation that had taken generations to build and its harvesting by Wall Street was most keenly felt by African-Americans.

Now, the data shows there is an aftershock in the form of the looming tsunami of student debt defaults that will hit communities of color the hardest, according to data compiled by the National Center for Education Statistics and Demos, a progressive think tank.

“Not only are students of color more likely to borrow more for a degree, and borrow in higher amounts for the same degree, but they’re more likely to struggle to repay student loans than white students,”  Mark Huelsman, a senior policy analyst for Demos told Student Loan Hero. “Students of color are also overrepresented at for-profit colleges and universities which account for a very large proportion of student loan defaults.”

“Among black students who started school in 2003, one in two defaulted on student loans within the following 12 years,” reported Student Loan Hero.

In testimony before the Senate Banking Committee, Federal Reserve Bank Chairman Jerome Powell testified that it was “not something you can pick up in the data right now” but, he added, the student debt overhang casts a real shadow over the nation’s economic future.

“You do stand to see longer-term negative effects on people who can’t pay off their student loans. It hurts their credit rating, it impacts the entire half of their economic life,” Powell testified. “As this goes on and as student loans continue to grow and become larger and larger, then it absolutely could hold back growth.”

“As young adults struggle to pay back their loans, they’re forced to make financial concessions that create a drag on the economy,” reported Bloomberg. “Student debt has delayed household formation and led to a decline in home-ownership. Sixteen percent of young workers age 25 to 35 lived with their parents in 2017, up four percent from 10 years prior, shows Bloomberg Intelligence.”

But this is not just exclusively an issue for twenty- or thirty- somethings. Thanks to former Vice President Joe Biden, who as Delaware’s Senator did the banks’ bidding and made student debt non-dischargeable via bankruptcy, no generation escapes the student loan indenture.

It’s a predatory policy that even a conservative like Powell was hard-pressed to explain in his appearance before the Senate Banking Committee. “Alone among all kinds of debt, we don’t allow student loan debt to be discharged in bankruptcy,” Powell testified. “I’d be at a loss to explain why that should be the case.”

In February the Wall Street Journal reported that Americans over 60 were saddled with $86 billion in  student loan deb, a spike of 161 percent from 2010 and 2017.

Often the loans were the result of either borrowing for their children’s education or borrowing they racked up to put themselves through college or graduate school.

The Journal reported that a few years back the government resorted to attaching social security benefits and income tax refunds belonging to 40,000 seniors 65 or older for loan repayment,  a 362 percent from just ten years ago.

According to research by the Interdisciplinary Association for Population Health Science there are millions of parents too young to retire with little set aside, but who have taken on substantial borrowing for their children’s education.

“Meanwhile, the average near-retirement household has only about $12,000 in retirement savings, indicating that they are unprepared not only for retirement, but also for unexpected financial shocks,” wrote Dr. Katrina Walsemann, Director of Health Promotion, Education, and Behavior at the University of South Carolina Arnold School of Public Health. “Add more debt to these households, and parents may find themselves suffering undue financial stress. The potential negative impact of such stress is well documented, particularly as it relates to psychological well-being.”

She continues, “For example, financial debt has been linked to poorer mental health, greater anxiety, and shorter sleep.

Perhaps equally pressing are the health-related economic trade-offs that parents may make as they transition to retirement and fixed incomes. Paying down student loans may force parents to choose, for instance, between paying their loan and paying for medication or even food.”

Under her proposal up to $50,000 in student loan debt would be zeroed out for every person with a household income of less than $100,000 and borrowers with incomes between $100,000 and $250,000 would be eligible for some college debt relief.

“This touches people’s lives,” Ms. Warren told the New York Times in an interview. “This is a chance to talk about what’s broken and how we fix it. This is the American dream.”

In her first-person post on Medium Warren recounted her own experience pursuing higher education in a time and place when “tuition was just $50 a semester” and got her degree enabling her to become a teacher for students with special needs.

“Higher education opened a million doors for me,” she wrote.
“It’s how the daughter of a janitor in a small town in Oklahoma got to become a teacher, a law school professor, a U.S. Senator, and eventually, a candidate for President of the United States.”

But she rightly notes it is “virtually impossible for a young person to find that kind of opportunity.”

Up until now, any call for serious consideration of student debt relief has been drowned out by the voices of those who paid off their student loans and see the delinquency of others as a sign of the debtor’s moral defect. And, as with any multi-billion-dollar meltdown, there’s plenty of blame to go around.

Yet, as she often does so well, Warren flags the systemic failures that are the real drivers of the crisis.

“As states have invested less per-student at community colleges and public four-year colleges, the schools themselves have raised tuition and fees to make up the gap,” Warren wrote. “And rather than stepping in to hold states accountable, or to pick up more of the tab and keep costs reasonable, the federal government went with a third option: pushing families that can’t afford to pay the outrageous costs of higher education towards taking out loans”.

And she recounts how every step of the way was determined by public policy choices co-opted by monied interests that bought our politics.

“We got into this crisis because state governments and the federal government decided that instead of treating higher education like our public-school system  —  free and accessible to all Americans  —  they’d rather cut taxes for billionaires and giant corporations and offload the cost of higher education onto students and their families. The student debt crisis is the direct result of this failed experiment.”

In response to Warren’s proposal the editorial board of the Los Angeles Daily News warned that her proposal risked “moral hazard” by encouraging current students to “borrow as much as you can and wait for the debt to be canceled during the next presidential primary campaign.”

Hmm. When did we last hear about the dreaded perils of “moral hazard?”

As it turns out Warren’s proposal is a veritable bargain compared to the $14.4 trillion dollars it cost for the  Bush-Obama Wall Street bailout.