Yelp is turning customers into managers 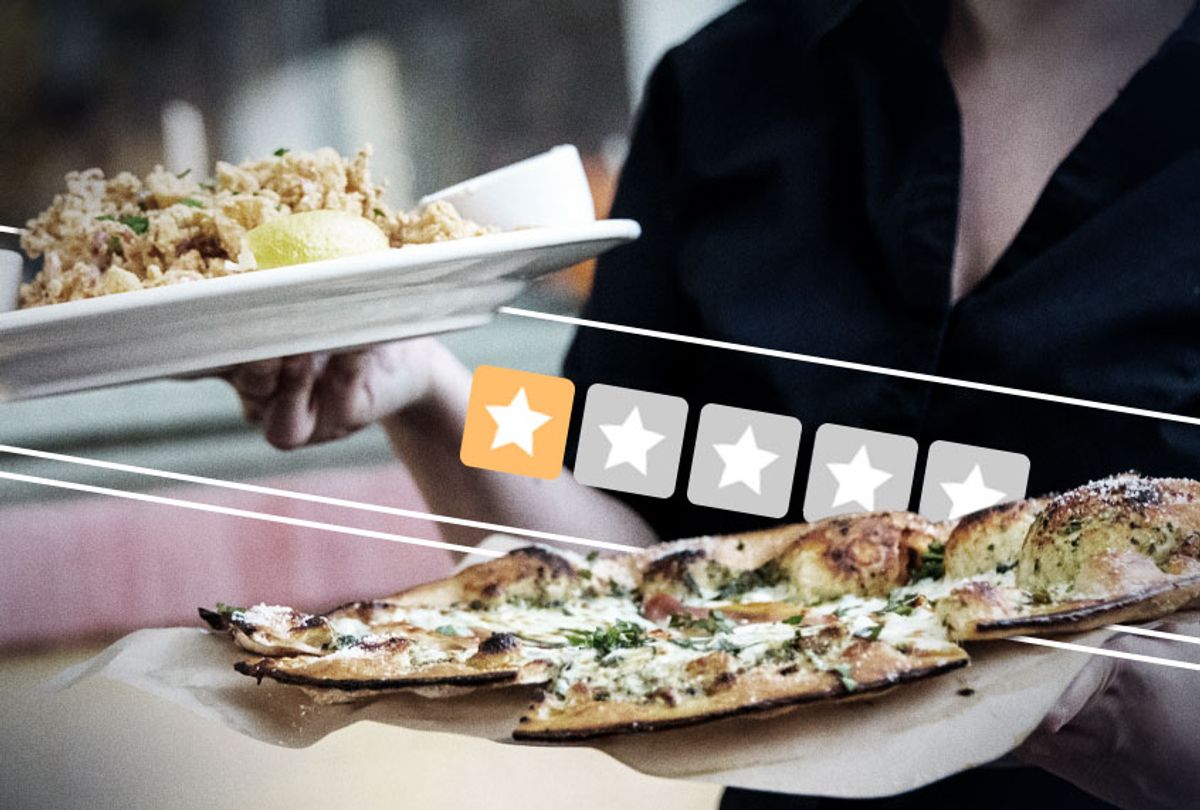 Portions of this essay have been excerpted from Consumer Management in the Internet Age: How Customers Became Managers in the Modern Workplace (Lexington Books, 2019).

If you wait tables for a living, chances are that the website Yelp has affected how you think about and even perform your work. Restaurant managers and owners regularly, sometimes daily, pore over their Yelp reviews and – depending on the content of those reviews – praise, reprimand, and even fire servers who can be identified from customers’ online comments.

In conducting research for my book Consumer Management in the Internet Age, I interviewed dozens of service workers (as well as managers and reviewers), the majority of whom have been confronted about Yelp reviews by their managers and know of at least one server who has been fired due to being criticized on Yelp. As one server noted, “We all read the reviews, good and bad, (as) it was quite easy to figure out who was being talked about. Most of my working associates hated Yelp. I know of two servers that lost their positions because of the reviews.”

Similarly, a server at Luke’s Bar and Grill in Manhattan described a case in which a coworker had been reprimanded because of a Yelp review that complained that the employee had not been paying adequate attention on the job. In addition to the reprimand, management demanded that the coworker carefully read and “think about” the five paragraph, reportedly hurtful, review.

And an assistant manager at a bar and restaurant told me that a bartender was fired after a Yelp review complained that the employee had been preoccupied with her smartphone. In this case, the assistant manager asserted that management corroborated the review with footage from the security camera before firing the employee.

However, not all managers are so careful. One server I spoke with reported that she “was once yelped about in a terrible and completely untrue way…. Reviewer had no history, no followers, one single review (about me) and their name was quite nearly that of a known enemy. I was suspended for five days.” And another server told me that his coworker was fired from their Brooklyn restaurant after a vindictive ex-boyfriend had posted a vicious review of her.

While servers are employed at-will and could therefore be terminated for nearly anything, the significance of online consumer management lies less in the fact that some service workers are being fired due to Yelp than in what frequently happens to those workers who remain on the job. One hostess at a midtown Manhattan restaurant told me that Yelp “makes you work harder.” Describing Yelp as an “invisible guiding hand,” she observed that employees’ awareness of Yelp means that “You were going to perform your best. You don’t want something written about you.”

Other workers noted that the fear of a bad review produces “more pressure to perform” and “makes you more considerate.” Max, a longtime server at a Los Angeles deli, told me that customers have requested to be seated in his section because they have seen him praised on Yelp. While appreciating the compliments of customers, Max notes that his online popularity has introduced pressure to live up to expectations. Remarking that other servers resent his popularity, Max also observed that Yelp has changed the restaurant industry through either making servers work harder or making them embittered.

In a manner that resembles but goes far beyond restaurants’ conventional use of so-called Mystery Shoppers, the ubiquitous and intrusive surveillance performed by anonymous Yelp reviewers has increased workers’ anxiety while turning customers into managers. It would be a mistake, however, to interpret this phenomenon as a manifestation of consumer power. On the contrary, online reviewing in some ways illustrates the overall weakness of consumers within contemporary capitalism, as management is highly selective in which customer criticisms they choose to address.

Take, for example, an average Yelp review, which undergoes a metamorphosis once it is in the hands of management. When reviewers criticize prices, food quality, or ambience, management’s typical response is a variation of, in the words of an owner of a small Italian restaurant, "Maybe they ought to go to another restaurant."

One server I talked to even told me that he had been lectured by his manager after a Yelp reviewer complimented him on his extensive knowledge of opera. Although this customer enjoyed his conversation with the server, the manager was upset that the server was not turning over the table fast enough or “chasing” the customer – chasing is notably the one service complaint that management consistently ignores. Yelp helps show us that, invocations of the “sovereign consumer” aside, it is management who is ultimately “always right.”

Who then might we say are the winners of online consumer management? It is unambiguously not workers, who have found themselves in a digital Panopticon that intensifies their anxiety and undermines their autonomy.

It is also not consumers, whose power is ultimately contingent on the discretion of management. While it is tempting to imagine that Yelp encourages a “race to the top” in which restaurants exponentially improve their quality, real world structural constraints – including the costs of ingredients, rent, and labor as well as the relentless pressure of competition that leads to “chasing” and other unpopular policies – encourage restaurants to not only provide “good service” but also “bad service.”

It is not even clear that employers come out ahead, as management has a decidedly ambivalent relationship with Yelp. Numerous owners and managers, particularly at smaller establishments, angrily condemn the perceived encroachment of uninformed customers into their areas of expertise – while nonetheless selectively invoking reviews to discipline workers.

In fact, the only unambiguous winner here is Yelp itself, as its and other consumer-driven websites’ business model is based on providing a platform on which users provide useful and unpaid content that increases visitor traffic and, with it, advertising revenue and profit for the owners of the sites. In this regard, consumer reviewing represents a form of unpaid labor.

To be sure, reviewers – many of whom write prolifically, if not obsessively – enjoy writing reviews, which they view as a fun and meaningful hobby in which they can “help” fellow consumers and “pay forward” the tips that they have received. In so doing, reviewers, inspired by a sense of cooperation, have cultivated large online communities dedicated to, as they see it, benefiting all consumers.

And yet it is notable that this form of cooperation, before it can even come into existence, must first ensure that there exists a privately owned intermediary that can profit from it. Moreover, such cooperation is neither designed nor intended to improve society’s well-being in general but instead achieves its alleged gains first and foremost at the expense of workers.

Joshua Sperber is Assistant Professor of Political Science and History at Averett University and has written for numerous publications including New Labor Forum, Z Magazine, and Counterpunch.