Since the earliest years of the republic, candidates have used deceptive legal tactics to discredit their opponents 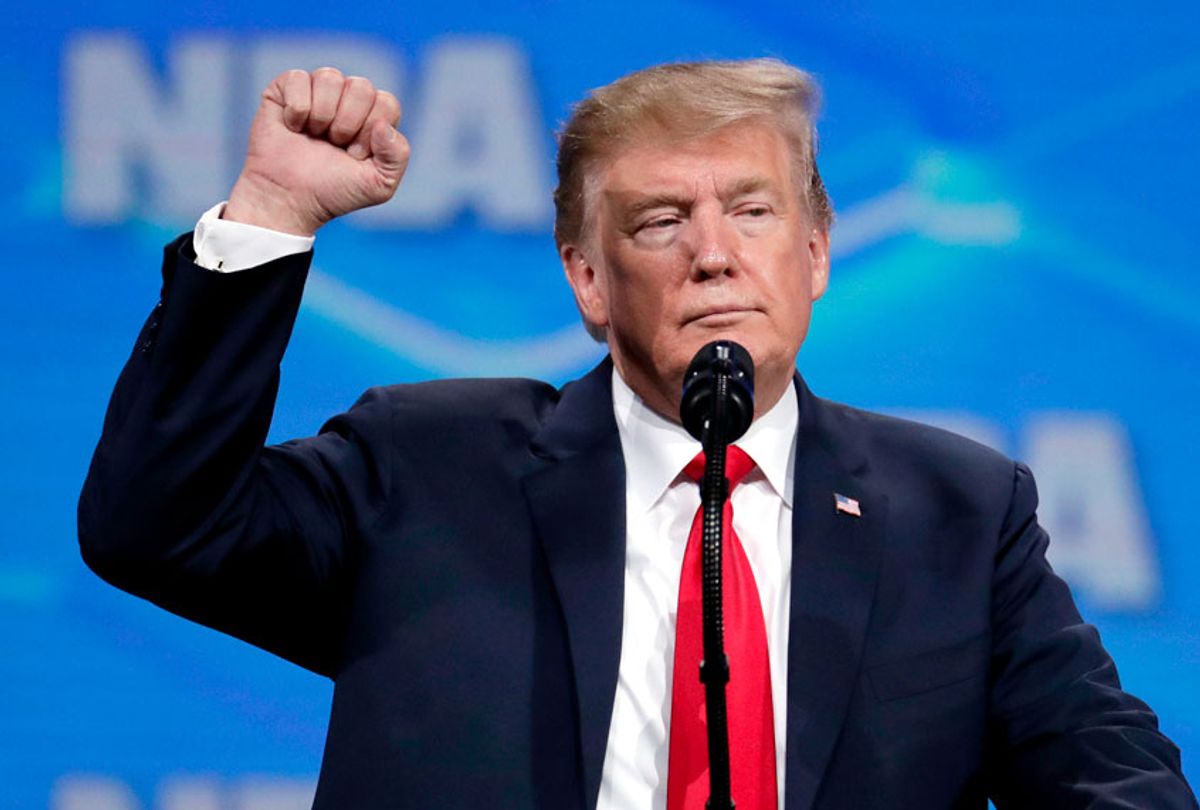 He threatened to put his opponent, Hillary Clinton, in jail and publicly asked Russia to hack her emails. After Russian operatives did something similar – stealing emails from Democratic National Committee servers – the Trump campaign publicized the hacked emails, which were published on WikiLeaks. Trump aides also met with Russian spies who promised information damaging to Clinton.

Some of these activities, which special counsel Robert Mueller uncovered in his 22-month investigation into Trump, may have been illegal.

Other Trump attacks on Clinton were tawdry, unethical and, according to Attorney General William Barr in his May 1 testimony to Congress, technically lawful.

The attacks were, for the Justice Department at least, dirty tricks.

Students of American history – including those who’ve read the college U.S. politics textbook I co-authored – will know that Trump has a lot of company in the dirty tricks department: Elections have always been nasty.

Since the earliest years of the republic, candidates have used deceptive, underhanded and dubiously legal tactics to discredit their opponents.

1800: Jefferson vs. Adams
The 1800 race between Thomas Jefferson and John Adams was a lowly beginning for the new American democracy.

Jefferson was Adams’ vice president from 1797 to 1801. To defeat his boss without personally maligning the president of the United States, Jefferson let a journalist, James Callender, do his dirty work.

Callender wrote rapidly partisan articles for the Richmond Reporter newspaper and in a self-published 1800 anti-Federalist pamphlet called “The Prospect Before Us.” One of his more creative attacks was to question Adams’ masculinity. He accused Adams of being a “hideous hermaphroditical character, which has neither the force and firmness of a man, nor the gentleness and sensibility of a woman.”

Callender’s anti-Federalist publications during the campaign led to his prosecution under the Sedition Act, according to the Thomas Jefferson Foundation. In May 1800, he was sentenced to nine months in jail and a US$200 fine.

Congress changed this system changed after the dirty 1800 election, passing the 12th Amendment, which established the current running mate system.

1828: Adultery, murder and pimping
That didn’t make electoral politics any kinder. The 1828 race between President John Quincy Adams and the southern statesman Andrew Jackson was the United States’ nastiest and most personal election yet.

Democratic President John Quincy Adams lost badly – but not before he did some serious damage to Jackson’s reputation.

Adam’s campaign surrogates accused Jackson of murder and spread rumors that Jackson’s wife, Rachel – who had previously been married to another man – had never really divorced.

“As a result,” political commentator Rick Unger wrote in Forbes magazine in 2012, “the Democratic candidate was accused of being an adulterer and running away with another man’s wife, while Mrs. Jackson was labeled a bigamist.”

Jackson’s team retaliated by accusing Adams, a former ambassador to Russia, of having provided Russian Czar Alexander I up with young American virgins for his sexual pleasure.

These tactics probably amounted to criminal defamation. In the United States, it is unlawful to tarnish a person’s reputation by spreading false information. But there is no evidence that either camp sued.

In the confusion over which Russo was the legitimate politician, votes were split. Kennedy won his seat.

Later, when Kennedy was a presidential candidate in 1960, his aides raised the temperature in the TV studio where he would soon face off against Vice President Richard Nixon in the nation’s first-ever televised debate. The Kennedy campaign knew that Nixon suffered from hyperhidrosis, a medical condition that causes a person to easily sweat.

As Nixon perspired and struggled under the bright lights and high heat, Kennedy looked cool, calm and sweat-free.

Nixon had been politically pranked before.

Dick Tuck, a notorious Democratic Party trickster, was “known to pose as a fire marshal at Nixon appearances and give reporters low estimates for the size of the crowds,” according to his obituary by Reuters.

Party infighting
As president, Nixon’s team would excel at much dirtier tricks.

To defeat Democrat Hubert Humphrey in the 1972 election, Nixon operatives caused trouble for his campaign in ingenious ways.

At a fancy fundraising dinner for Democratic vice presidential candidate Edmund Muskie, Republican tricksters ordered the delivery of $300 in liquor, 200 pizzas and even a couple magicians – much to the dismay of organizers and the shock of the 1,300 very proper attendees.

The dirty tricks tradition continued into the 21st century, sometimes within the same party.

That case didn’t go to trial, but some dirty campaign tricks have spurred legal action.

After the Democratic-aligned Alabama lawyer Garve Ivey Jr. in 1998 allegedly paid a call girl to file a false rape claim against the GOP’s candidate for lieutenant governor, Steve Windom, Ivey was charged with criminal defamation, bribery and witness tampering. He was sentenced to 30 days in jail and fined $1,000.

While that misdemeanor conviction was later overturned, Ivey was disbarred in 2011 and later jailed on unrelated charges of misusing client funds.

The ethical standard for election campaigns in the United States has always been low. Modern techniques like email hacking may be new, but using surrogates to trash your opponent is an electoral strategy as old as the republic itself.