"Game of Thrones" fans are wrong about Tyrion Lannister

On "Game of Thrones," Tyrion has always been a man brilliant at ruling, but a failure when it comes to waging war 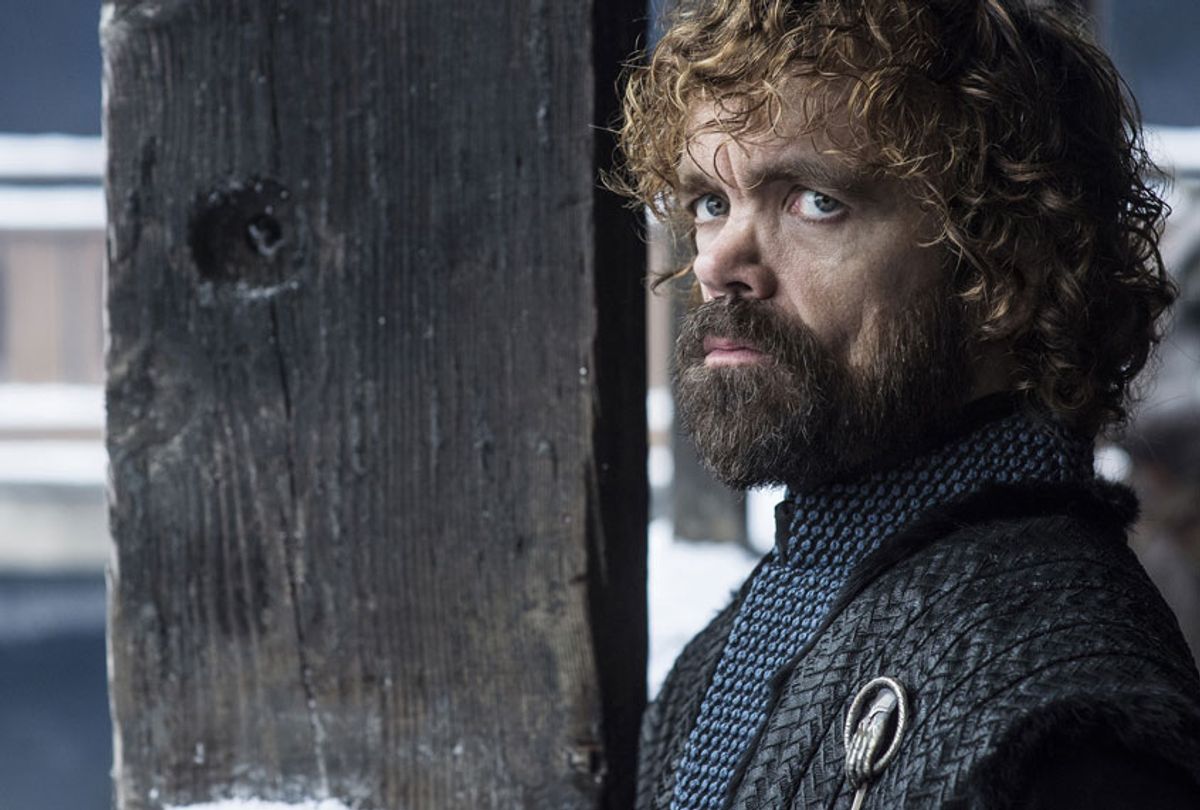 As "Game of Thrones" rounds the corner towards its series finale — only two more episodes left! — there's been a growing discontent among many fans of the show and TV critics about the character arc of Tyrion Lannister, played by Peter Dinklage.

Tyrion, people grouse, used to be this brilliant mastermind in the game of thrones, a political genius who could think three steps ahead of his opponents. But now he's a doofus who can't get anything right. It's a shift that critics attribute to bad writing, rejecting outright the possibility that the change in Tyrion's fortunes might be a deliberate choice not just of the showrunners David Benioff and Daniel Weiss, but by George R.R. Martin, who wrote "A Song of Ice and Fire," the book series the show is based on.

I hate to break it to everyone, but this complaint is wrong. Tyrion hasn't lost an iota of his intelligence or competence.  He's just a man who has lost his way, living in a world that doesn't have room for a person with his skill set.

Nor is this storyline limited to the show; it's already well underway in the book series. And the grousing about his character arc shows, unfortunately, that far too many fans and even professional critics fail to understand what this story is about and what Martin, Benioff, and Weiss have been trying to say about weighty topics like war, peace, and politics — not to mention the fallible humans trying to exist in a complex world.

Tyrion, in both the book series and the show, is brilliant in many ways. He's well-read and witty, observant and calculating. But his particular skill set is and always has been oriented more toward the art of ruling than toward conquest and war. Tyrion is, in other words, that most un-ballyhooed of people in a genre that tends to be more focused on the glories of warriors and kings: The really excellent bureaucrat.

The main showcase for Tyrion's competence plays out in season 2 of "Game of Thrones" and in the second book of the series, "A Clash of Kings," when Tyrion is installed as the acting Hand of the King by his father, Tywin Lannister. It's truly delightful watching a man who has spent his life being dismissed gain mastery over the city of King's Landing.

He rids himself of political enemies. He wrestles control away from the temperamental boy King Joffrey and Queen Regent Cersei. He manages to quiet down a city that's constantly on the verge of rioting. And, in the end, he successfully defends King's Landing against an attempted siege by Stannis Baratheon.

But sharp audiences will key into the fact that Tyrion's downfall begins with this siege, when he's nearly murdered by one of his own men, who has been paid off by Cersei. He's then relegated to a tiny chamber and stripped of his power. From then on, things just get worse. He's forcibly married. He's framed for murder. Finally, he escapes by being smuggled out of the city in a box.

Let's just say the point of all this isn't subtle: Tyrion is the right man for the job when it comes to the art of governance, but he is poorly equipped to handle the brutalities of war. He can, at best, competently manage self defense, but he simply doesn't have the stomach for aggression.

This is made clear in the Battle of Blackwater, when Tyrion's (successful) speech rousing the troops appeals not "for honor" or "for glory" but to fight because, "it will be your houses he burns, your gold he steals, your women he will rape."

Even in wartime, in other words, Tyrion's focus is squarely on the desire for peace and for normalcy.

In later seasons, the point of Tyrion's character is to contrast him with his newly chosen queen, Daenerys Targaryen. She has the opposite problem of Tyrion's: She's really good at conquest, but not so great at the ruling part.

Tasked with the problem of managing Dany's conquest, Tyrion, who is not a fire-and-blood sort, starts to falter. He's particularly bad when it comes to dealing with the slave masters, who represent a brutal word of dominance and violence and, as such, are disinterested with the intricacies of the peacetime politics at which Tyrion excels.

It is worth noting however that Tyrion, in his time managing Meereen for Daenerys, does handle the problem of city management well. He is successful at recruiting the red priests to propagandize for him and is clearly moving toward better crime management before the slave masters attempt to sack the city. But when it comes to war, he struggles.

In Westeros, this tension continues. Again, Tyrion is very sharp when gaming out the political questions facing Daenerys if she gets the Iron Throne. He's the only character who is concerned with the line of succession, which must be figured out to keep the peace. He's the one who offers the "co-ruler" solution to settle the conflict between Jon Snow and Daenerys. And, in a tellingly symbolic move, he keeps begging her not to rain war on King's Landing, but to preserve those houses and families he told his men so long ago to fight for.

But yes, he's bad at war and keeps losing battles. And that's the point Martin, and now Benioff and Weiss, are making: Governing and conquering are two separate things, and being good at one doesn't make you good at the other.

Martin has never been shy about this point. In a famous 2014 interview with the Rolling Stone, he said that while he loves "The Lord of the Rings," he quibbles with the "very medieval philosophy" that posits that because Aragorn was a good man who won the war, "the land would prosper." Instead, he notes, a ruler has "real-life problems to deal with." And those problems often take a different mindset than simply winning battles.

In the third episode of season 8, "Game of Thrones" underlines this point when Tyrion complains to Sansa that he wants to be in the fighting instead of stashed in the crypts.

The point is clear: Tyrion is good for occasions when witty remarks (or urban planning, which he also excels at) are required, but not so much when it's hack-and-slash time.

And there is a time and place for shows and movies like that. I, personally, love watching Captain Picard finagle his way out of all manner of situations, episode after episode, and fantasizing about being good at all the things and having all the answers. It's a blast watching Shuri in "Black Panther" have a scientific solution to every problem, while her brother acrobatically levels his enemies.

It's the story that gave us King Robb, who won every battle but lost the war because of his impolitic marriage choice. Or Ned Stark, a good man whose honor didn't save him from  losing his head. Or Jaime Lannister, faced with the impossible choice of keeping his oath to protect the king versus keeping his oath to protect the innocent. Or Lyanna Stark and Rhaegar Targaryen, who choose the path of romantic love, only to embroil their kingdom in a war that lasts for generations.

Tyrion Lannister's is not a happy story, but it's not meant to be. He's a tragic figure, a man of tremendous talent and a good heart who has the misfortune of living in a time that has space for neither. Considering that we currently live in a society in which our leader is a madman, and people who believe in decency and truth are shoved to the side,  I would hope more people could relate to Tyrion's dilemma.