Will the U.S. start a war against Iran?

What is the arrival of a massive war fleet on the coastline of a country but a declaration of war? 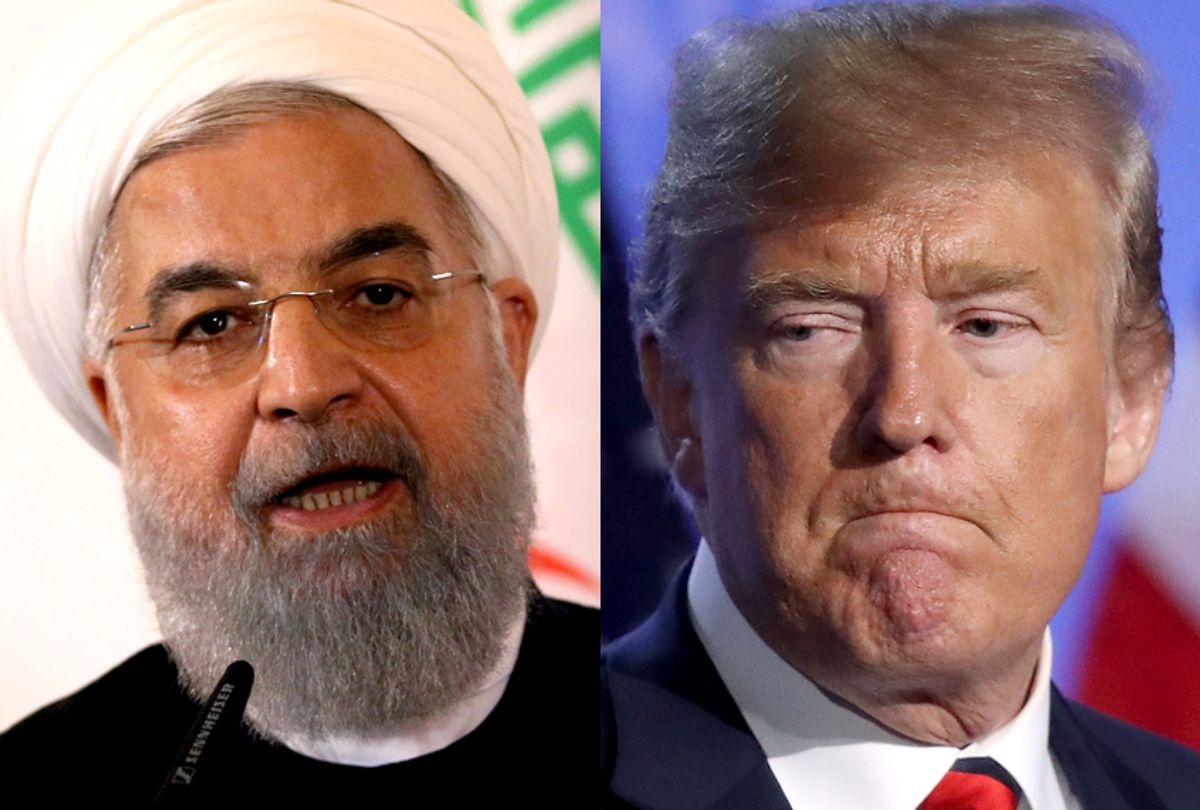 On Sunday, May 5, U.S. National Security Adviser John Bolton announced that the USS Abraham Lincoln Carrier Strike Group and a bomber task force had begun to make their way from the Mediterranean Sea toward the coastline of Iran. Iran, Bolton said, had made “a number of troubling and escalatory indications and warnings.” He was, characteristically, not specific. It was enough that Bolton — who has a history of making hazardous statements — had made these comments from the perch of the White House in Washington, D.C. “The United States is not seeking war with the Iranian regime,” he said rather incredulously. After all, what is the arrival of a massive war fleet on the coastline of a country but a declaration of war?

On his way to Europe, U.S. Secretary of State Mike Pompeo said that the “indications and warnings” included actions by the Lebanese political formation Hezbollah. Once more, Pompeo said he would give no evidence. “I don’t want to talk about what underlays it.”

The journey of the USS Abraham Lincoln through the Red Sea comes as the U.S. government tries to tighten its sanctions regime against Iran. Any country that buys Iranian oil, the United States now says, will be liable to have sanctions placed against it. The five countries most vulnerable to further U.S. sanctions are China, India, Japan, South Korea, and Turkey. India, Japan, and South Korea have said that they would try and abide by the new, and harsh, U.S. sanctions. China and Turkey have made it clear that they will not follow the U.S. lead.

Iran’s deputy oil minister Amir Hossein Zamaninia told Iranian state media that his ministry will oversee the sale of Iran’s oil into the “gray market.” The U.S. sanctions, Zamaninia said, are “illegal,” and therefore Iran is entitled to use all kinds of methods to circumvent them. The “gray market” includes loading tankers with Iranian oil — often sold at deep discounts — and then allowing them to alter their signals as they go out into open water. Congestion of tankers on the world’s waters makes it difficult to monitor which tanker has actually come from which port. But even if Iran sells oil on the gray market, the volumes will drop significantly, and this will impact Iran’s external revenues.

In April, the International Monetary Fund projected that Iran’s economy would likely slide downhill by 6 percent in 2019. The main reason for this continued slide is of course the U.S.-led sanctions that have whittled away at Iran’s budget and at the confidence of its people. Iran’s macroeconomic situation is hurt by large-scale budget deficits — projected to reach over $14 billion this year — and the flooding of the market with Iranian rials — so that money supplied grew by over 20 percent. Serious problems of capital flight and of tax evasion dog Iran’s prospects. Kazem Delkhosh, the deputy head of the Iranian parliament’s economic commission, estimates that about 40 percent of the country’s income is hidden from the tax authorities.

It did not help that last month Iran faced devastating floods in the country’s northeast and southwest. The damage is estimated to cost $2.5 billion. Countries that want to send financial support toward the flood victims cannot do so as a result of the U.S. sanctions on financial systems, says the Iranian Red Crescent Society. This is why in-kind aid has been the only thing that has been permitted into the country, with China sending tents and Austria sending blankets. But even in-kind aid, including from Saudi Arabia and the UAE, was blocked due to the U.S. sanctions. Iran’s Foreign Minister Javad Zarif wrote onTwitter, “Iranian Red Crescent can’t receive any funds due to illegal US sanctions. US should own up to its ECONOMIC TERRORISM.”

On Wednesday, May 8, Iran’s President Hassan Rouhani will go on television and the radio to announce his country’s response to the U.S. withdrawal from the 2015 nuclear deal and to the harsh new sanctions’ regime.

The United States had permitted Russian and European firms to do work on Iran’s nuclear energy sector. Five waivers had been given to help four Iranian facilities — at the Bushehr nuclear power plant, the Fordow enrichment facility, the Arak nuclear complex and the Tehran Research Reactor. Pompeo allowed three waivers to be extended for 90 days (half the length of the previous waivers) but disallowed two. The two that were not renewed include one to Russia, which had swapped Iranian enriched uranium for Russian raw yellowcake, and one to companies that operate in Oman to store heavy water from Iran. Both Russia and Europe are not happy with this situation. Iran has refused to stop enrichment, which is essential to its nuclear energy program— legal under the terms of the 2015 agreement. It is likely that Rouhani will affirm Iran’s right to continue to enrich uranium for its power reactors.

Last month, Iran’s senior leader Ayatollah Ali Khamenei urged his Iraqi counterparts to “make sure that the Americans withdraw their troops from Iraq as soon as possible because expelling them has become difficult whenever they have had a long military presence in a country.” Iran and Iraq have — since the U.S. war against Iraq in 2003 — deepened their ties. Close economic links, including roadways and a potential train, have made both countries dependent on each other (Iraq, despite U.S. pressure, imports Iran’s oil). Khamenei referred to the 5,200 U.S. troops who remain in Iraq. Bolton has said that these troops are there to “watch Iran,” a phrase that has been widely mocked after Trump used it earlier this year.

The war of words has escalated into dangerous territory. In April, Trump’s government called Iranian military forces “terrorists.” In response, the Iranian parliament retaliated. Defense Minister General Amir Hatami put a bill forward that would allow Iran’s government to respond to the “terrorist actions” of U.S. forces. It was not clear how Iran would respond, although the bill suggested that the response could be political and diplomatic rather than military.

The U.S. government has said that Iran might target U.S. troops in Iraq or elsewhere in the region. These are likely the “indications and warnings” of Bolton. There are tens of thousands of U.S. troops in Afghanistan, Iraq and the Gulf. The U.S. military hardware that encircles Iran is lethal. Late last year, the Iranian government — feeling hemmed in by this military noose — proposed that it could strike U.S. forces at al-Udeid Air Base (Qatar), al-Dhafra base (United Arab Emirates) and Kandahar base (Afghanistan). “They are within our reach,” said Amirali Hajizadeh, who heads Iran’s Revolutionary Guards’ air brigade. As if to provoke Iran further, in March of this year, the United States signed a deal with Oman to use its ports at Salalah and Duqm for military purposes.

In his state of the union address, Trump said, “Great nations do not fight endless wars.” The United States has tried to push a new deal in Afghanistan and has tried to withdraw from the conflict in Syria. Neither of these withdrawals will be easy.

But if the United States strikes Iran, there is no doubt that the wars from Lebanon to the border of India will become endless. There is no question that Iran — much weaker militarily than the United States — will use its advantages to strike the United States inside Afghanistan and to urge its allies to strike U.S. forces in the Gulf and across North Africa. Iran’s population is deeply patriotic and would see any U.S. strike as one against the Iranian people and not just against the Iranian government. It is unlikely that the United States will find any significant allies amongst the Iranians. A war against Iran at this time would be a war against a stretch of the world that has seen too many wars in recent times, that would like to open the door to peace. Trump — with Bolton and Pence — seek to provoke a war. These are dangerous men with a dangerous agenda.