"Tolkien" stays away from Middle-earth: A competent biopic with a disappointing lack of ambition

"Tolkien" is worth seeing, but it lacks the clarity and vision of comparable films like "Amadeus" and "Frida" 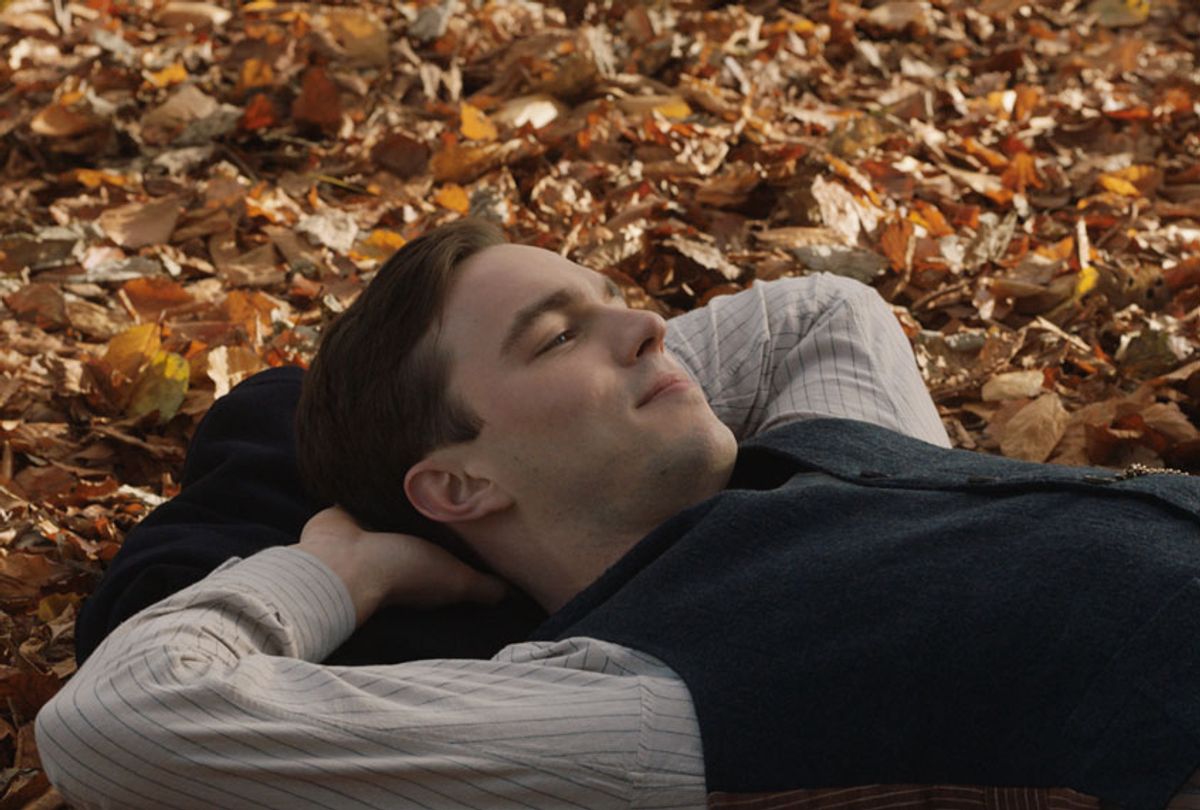 "Tolkien" is one of those good movies that is best understood — both for its strengths and its weaknesses — when compared to other, better movies in its genre.

A biopic of John Ronald Reuel Tolkien (better known as J. R. R. Tolkien), the acclaimed academic and author best known for writing "The Hobbit" and "The Lord of the Rings" trilogy, "Tolkien" tells the future literary icon's story from when he was orphaned at the age of 12 (Harry Gilby) through his coming of age and returning to England after World War I (Nicholas Hoult). There are three central plot threads, the most important being Tolkien's close friendships with three school peers who are all convinced that they're destined to change the world, including Geoffrey Bache Smith (Anthony Boyle and Adam Bregman), Robert Q. Gilson (Patrick Gibson and Albie Marber) and Christopher Wiseman (Tom Glynn-Carney and Ty Tennant). Additionally, the story follows his romance with a local girl named Edith Bratt (Lily Collins and Mimi Keene) and the young Tolkien's burgeoning genius studying ancient languages, one that causes him to be mentored by the philologist Professor Joseph Wright (Derek Jacobi).

While some mild controversy has arisen about this film because of the opposition it faces from Tolkien's estate, there isn't much reason to be concerned about that because (a) the estate hasn't seen the movie but turns down participating in biopics as a matter of official policy and (b) the film, as helmed by director Dome Karukoski and penned by co-screenwriters David Gleeson and Stephen Beresford, seems to have been made with the best intentions. There is nothing sensationalized or undignified in its depiction of Tolkien, and while like all Hollywood biopics it is of mixed accuracy, that in a larger sense is beyond the point. Great biopics don't sink or swim on their fealty to historical truth, unless they sway so far from the mark that they become insulting to the intellect or subject (which "Tolkien" does not); what matters is whether they have a clear vision, a deeper story that they want to tell about their subject rather than a general desire to cash in on his or her name.

It is here that comparing "Tolkien" to other Hollywood biopics is particularly instructive.

Because "Tolkien" is meant to tell the story of a great artist at work, it warrants comparisons to films like Tim Burton's "Ed Wood," in which Johnny Depp stars as the prolific Z-movie director; Miloš Forman's "Amadeus," in which Tom Hulce plays the legendary composer Wolfgang Amadeus Mozart; and Julie Taymor's "Frida," in which Salma Hayek plays iconic painter Frida Kahlo. All three of those movies have their inaccuracies or are incomplete in important ways — indeed, the very premise of "Amadeus" defames the memory of another great composer, Antonio Salieri (F. Murray Abraham) — but they work because they were about bigger themes than the lives of their subjects.

"Ed Wood" was, at its heart, a tribute to the enthusiasm that even the least talented artists feel for their craft, with Burton and Depp clearly establishing that they don't view the titular character as a laughingstock or cautionary tale but rather as a source of inspiration. "Amadeus," despite being based on a hoary and debunked conspiracy theory, discusses the cruel randomness of genius — how those who work hard and are virtuous can slave away only to produce mediocrities, while the ungrateful and immoral are gifted with the capacity to produce masterpieces with seemingly little effort. Finally there is "Frida," which uses lush visuals and poignant performances to demonstrate how the creation of art can provide both meaning to and relief from the terrible suffering one often must endure in life, and which Kahlo had to deal with both physically and emotionally.

While all of those films had a number of subplots unrelated to their central themes, the filmmakers were skilled at juggling those narratives while maintaining their focus on the main tales they wanted to tell. "Tolkien," on the other hand, strives to be a story about how the future author's close boyhood friendships inspired the characters he created in his legendarium. Yet up until the text before the credits informs us of this, the audience could have missed that point entirely. On occasions the film seems to be the story of Tolkien's courtship of Edith Bratt, a fellow intellectual confined to a dull life by the gender roles of her era. It could have also been viewed as a meditation on the beauty of language, a subject that receives some genuinely intriguing moments in the dialogue but is otherwise pursued sporadically (Jacobi in particular is woefully under-utilized as Professor Wright).

Even worse is the fact that the boyhood friendships themselves aren't particularly memorable. The writing is too cautious, too formulaic, to ever allow Tolkien and his chums to feel like real human beings. Instead they come across as walking and talking tropes, the kind that you would see in any story about boys becoming men in a generic prep school environment. Even the real-life tragedies that befell some of Tolkien's intimates fall flat to the audience because, well, sad endings are pretty common in the "stuffy prep schools produce wonderful friendships" genre.

Perhaps the biggest failing of "Tolkien," though, is the fact that it barely contains anything about the legendarium itself. There are some brief visual references to monsters from Tolkien's lore — particularly moments of foreshadowing during scenes when Tolkien fights in World War I — but otherwise there is very little of Tolkien's art featured in the film itself. While the filmmakers may have thought this was an innovative approach, it means that the story in "Tolkien" doesn't make any direct connections between the life of the creator and his actual creation, and would never prompt anyone unfamiliar with Tolkien's work, and who saw this movie with a totally clear perspective, to take an interest in it. This is another shortcoming that "Ed Wood," "Amadeus" and "Frida" do not have.

This isn't to say that "Tolkien" is without merits. The dialogue is smarter than your average Hollywood movie, the period details are authentic and give the film a certain escapist merit, and Tolkien fans, despite being disappointed at the dearth of Middle-earth material itself, will probably get something out of it. Yet for a film that seems to aspire to greatness, "Tolkien" is done in by its lack of vision. That was one quality which Tolkien himself was never accused of lacking.