For those with developmental disabilities, dental needs are great, good care elusive 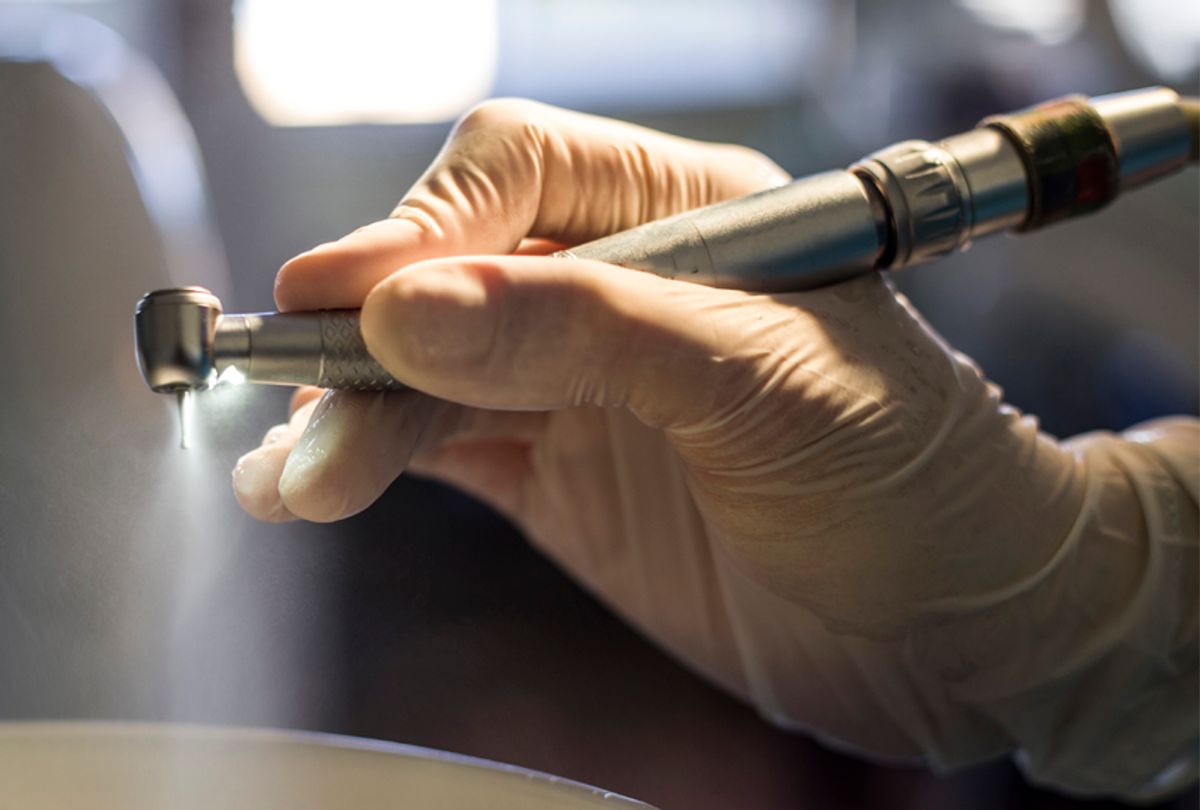 When Ava Terranove began feeling oral pain last July, her parents took her to her regular dentist. The dentist determined that Ava, who has an autism-like condition, needed two root canal procedures to treat infected teeth.

Because of her developmental disability, Ava, now 15, requires general anesthesia for non-routine dental work. The dentist, like most of his peers, was not equipped to provide it.

The girl’s parents, schoolteachers who live in Huntington Beach, Calif., called other dental offices in the region. They were turned down dozens of times before finally finding a dentist prepared to work with an anesthesiologist to treat their daughter.

But there was a hitch: Insurance would not cover general anesthesia for root canals. So Ava’s parents decided to pay the $2,400 from their savings to ensure their daughter received prompt care.

“What about kids who don’t have parents who are professionals or who have no one to advocate for them?” wondered Donny Terranove, Ava’s father.

People with autism, cerebral palsy and other developmental disorders face enormous barriers to adequate and timely dental care — on top of their other challenges. Many dentists either avoid treating these patients or lack the skills needed to do so. Some patients with developmental disabilities are unable to endure even regular dental exams or cleanings without general anesthesia.

But most dentists don’t offer it and getting insurance to cover it for routine dental work is often a struggle.

Because it is difficult for them to get treatment, people with developmental disorders suffer “a high burden of dental disease,” according to a 2012 study of over 4,700 patients published in the Journal of the American Dental Association. One-third of the patients studied suffered from untreated cavities, and 80% from serious gum infections.

“Many individuals with developmental disabilities cannot personally maintain their own dental hygiene,” according to a September study by the California Legislative Analyst’s Office (LAO). “Often they need extra appointments or special accommodations that dentists are unable or unwilling to provide.”

In many cases, patients need these extra appointments to help them get accustomed to the environment of a dental office, including the equipment, procedures and personnel. This can help minimize their anxiety and reduce the need for deep sedation or general anesthesia.

But sometimes there is no alternative to anesthesia.

Mike Loughran, 54, of Tacoma, Wash., has a 14-year-old son with Down syndrome and autism. After years of failed attempts to complete a basic checkup, Loughran and a willing dentist concluded that the child should have general anesthesia for any and all dental work. That led to hefty charges.

For one routine, 45-minute exam that uncovered no problems, the anesthesia bill was $1,155. Loughran’s insurer, Tricare, adjusted it down to $912 — a sum he described as “very reasonable.” But the hospital charged nearly $21,000 for the operating suite. Tricare agreed to coverage and negotiated the price down to about $15,000. That left Loughran with a $2,500 out-of-pocket copayment. He later got the state’s Medicaid program to cover most of that amount as his son’s secondary insurer.

Still, Loughran was taken aback by the astronomical amount charged for his son’s care. “The whole idea of it costing that much to get a dental exam, and you’re supposed to do that a couple of times a year — it was just stunning when I got the bill,” he said. “I don’t think I would take him to the operating room anymore.”

Without access to regular cleanings and other preventive care, “you get to the point that you need anesthesia because you’ve had a little problem that’s gotten big,” said Eileen Crumm, executive director of Family Resource Navigators, an advocacy group in Alameda County.

To accommodate the many patients who do need general anesthesia, some hospitals and regional centers for the disabled allocate a limited amount of surgical time for dental care. But because of the strong demand for these services, it can take many months or even more than a year to reserve an available operating slot, patient advocates say.

Like the Terranoves, Mariana Murillo had trouble finding appropriate care a few years ago for son Oscar, 20, who has cerebral palsy and cannot communicate verbally. Oscar, a teenager at the time, was in pain from impacted wisdom teeth, and his regular dentist said an oral surgeon would have to extract them. But Murillo, who lives in Lompoc, Calif., had difficulty finding one who would accept Denti-Cal, the state’s Medicaid-funded dental coverage for low-income people.

Murillo ended up paying $1,600 out-of-pocket to an oral surgeon. The surgeon agreed to extract Oscar’s four wisdom teeth while the boy was already under general anesthesia for the removal of a benign growth on his tongue — a procedure covered by Oscar’s medical insurance.

“Our financial situation is not great, but it was not too bad,” said Murillo. “Knowing Oscar was going to be free of that pain, we decided to do it.”

In some states, officials and private-sector organizations are trying to address this large unmet need among patients who may suffer in silence, unable to articulate their distress.

New Mexico, for example, has a specific Medicaid billing code that entitles dentists who have completed a special training program to an extra fee of $90 each time they treat a patient with developmental disabilities. And New York University’s College of Dentistry recently opened a center strictly for the care of people with disabilities.

Last year, the state allocated $210 million in tobacco tax funds to increase payments to Denti-Cal providers for the 2018-19 fiscal year — up $70 million from the amount of tobacco tax money it had earmarked for that purpose the previous year. Federal matching dollars bring the total amount of new money for the program to as much as $600 million. The most recent boost will help pay for the additional time needed to treat patients with special needs, as well as for anesthesia.

A particularly difficult challenge for patients with developmental disabilities is the transition from pediatric to general dentists as they age, said Dr. Joseph Castellano, president of the American Academy of Pediatric Dentistry, who practices in Laredo, Texas. That’s because pediatric specialists generally receive some training in working with that population, whereas general dentists tend to have little or no such experience.

Dr. Wade Banner, a Southern California dentist, took the matter into his own hands in 2014, when he launched a mobile dental program and began making house calls to patients with developmental disabilities. Banner, who has a nephew with autism, said he wanted patients to receive basic care in an environment where they felt most comfortable and were less likely to require major sedation.

Noting the paucity of providers for patients who need general anesthesia, Banner said, “one of my main goals in starting house-call dentistry was to prevent them from having to be put to sleep, if at all possible.”