Underemployment is not a stepping stone on the way to a meaningful career; it’s quicksand 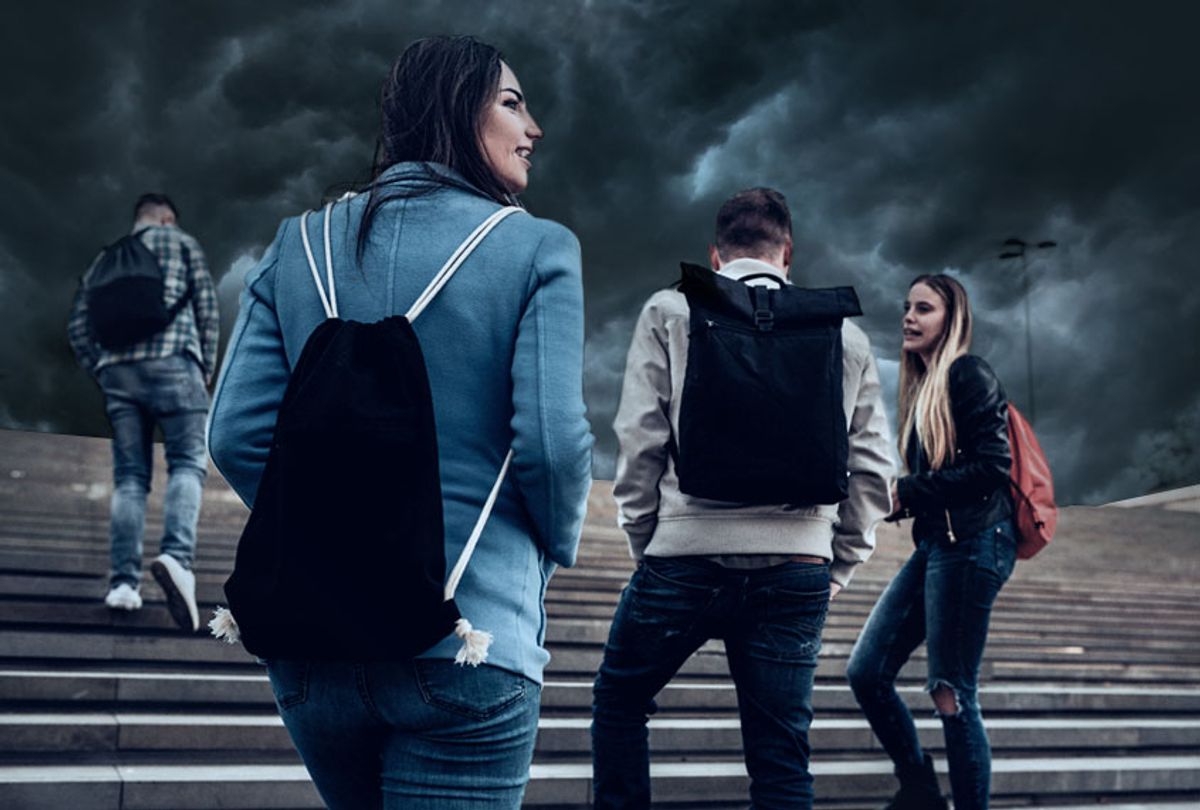 The growing college admissions scandal has raised serious questions about fairness and privilege on the front-end of higher education in America. With graduation season upon us, we ought to take a closer look at the back-end, too.

I graduated in June 2008, right before the Financial Crisis. Unlike many of my peers, I was lucky to start a great job — as a high school history teacher — just a couple of months later. I entered my classroom in the Bronx resolutely confident in the promise of higher education, in good times and bad. And I repeated that promise as often as I could: Go to college, beat the odds, earn a degree. That will be your ticket to economic independence.

Overall, it clearly does pay to graduate. Compared to other young workers, recent college graduates (ages 22-27) are half as likely to be unemployed and they earn, on average, 50 percent more.

But that’s not the whole story. Fully half of recent grads earn less than $42,000, and one quarter earns less than $32,000, below the living wage in many metropolitan areas. Over 40 percent are underemployed: working in positions that don’t require a bachelor’s degree (some economists call them “overeducated,” but that seems to imply, rather cruelly, that these graduates aimed too high in their studies — that they should have settled in advance).

For most, underemployment is not a stepping stone on the way to a meaningful career. It’s quicksand, harder and harder to escape with every passing year. Two-thirds of college grads underemployed in their first post-college job are still stuck five years later, and most remain so after a decade. On average, they earn $10,000 less than their fully employed peers. And these consequences are long-lasting, similar to “the scarring effects” of extended unemployment (or graduating in a recession).

Unsurprisingly, there are significant differences by race. Relative to their white counterparts, black college grads are more likely to be “overeducated” and much less likely to transition into “matched” jobs. The uneven distribution of underemployment helps explain how college fails to close the income gap or secure black (and Hispanic) wealth.

I don’t regret encouraging my students to go to college. With that 50 percent average wage premium, it’s tough to do otherwise in good faith. But I still feel like I lied. So five years ago, as my first students sped toward college graduation, I made underemployment my full-time job. Here’s what I’ve learned.

The grads are alright.

It’s tempting to explain underemployment through the “skills gap” narrative, which sounds serious, vaguely meritocratic, and definitely like someone else’s fault. If under-preparation causes underemployment, then we can blame the institutions that fail to teach — or the graduates who fail to learn.

But the corollary should also be true: Colleges with excellent employment outcomes must teach all the right skills. Recent grads in good jobs must have mastered those skills before graduation.

That wasn’t true for me in 2008, and it’s not what I see today. The vast majority of recent grads I meet have a lot to offer (especially when they’ve already overcome long odds), and every single one has lots left to learn. Many never get the chance in a full-time role. So how do we match untested talent to entry-level opportunity?

We often talk about higher education and workforce development in terms of infrastructure. My own nonprofit, COOP Careers, initially aimed to build “a pathway for young grads, a pipeline for employers, and a model for bridging the gap.”

But infrastructure is inert and inflexible — irrelevant every time the economy evolves. There’s no pathway or pipeline or bridge that can reliably connect recent grads to a messy, decentralized, highly competitive, and casually nepotistic labor market. Only people can do that for each other.

Employee referrals are the purest example. At least a third of U.S. workers secured their current job through a referral, and some put that figure as high as 70-85 percent. On LinkedIn, referred candidates are nine times more likely to get hired. To grease the wheels, two-thirds of employers pay referral bonuses to existing employees.

And of course they would. A full-time hire is a huge commitment, and a vote of confidence from a trusted person still goes a long way in the increasingly digital economy. There’s something quaint about that. People should do favors, make connections, and give advice. That’s what a good person in a healthy society would do.

But even the best people in our society, with our history, tend to know (and trust and refer) other people who look just like themselves. Taken alone, each referral is innocuous, generous — maybe even earned. Now repeat that a hundred million times and things get more complicated. For every 100 successful referrals in today’s labor market, 40 will go to white men, 30 to white women, 17 to men of color, and only 13 to women of color. And that’s just formal referrals, the most quantifiable professional favor.

Focus on the forest, not the trees.

Skills and credentials are important, but they’re not enough to launch a career, let alone integrate the knowledge economy. To understand and overcome underemployment, we have to look beyond the strengths and perceived shortcomings of individual candidates. If who they know matters this much, we can’t blame it all on what they know (or don’t know).

Universities play an essential role in the labor market, but that doesn’t mean they should be finishing schools for employers. Instead, “career preparation” efforts should maximize the quality and quantity of peer relationships, especially among the vast majority of students who don’t live in dorms. And colleges should focus their limited career center resources on recent grads who are currently underemployed — right when they’re most eligible for full-time work and usually most isolated from each other.

Employers owe these candidates a serious look, too. Underemployment itself does not render a graduate unqualified — only people can do that to each other. People are the gatekeepers of employment, opportunity, and upward mobility. Left unchecked, referrals will only amplify residential and school segregation in the professional sphere.

And finally, to the underemployed college grad: You are not a broken candidate. You did not aim too high. You earned the chance to build a meaningful career. Doing so will be hard, but it cannot be lonely. Find your peers struggling with the same challenge — they’re out there in the millions — and tackle that challenge together. You may feel powerless now, but you will have tremendous power almost as soon as you’re hired. Please use it.

Kalani Leifer is the Founder and Executive Director of COOP Careers, a nonprofit overcoming underemployment through digital skills and peer connections. He is also a 2018 Obama Foundation Fellow. You can follow his team at @coop_cx.

All Salon The Economy & Innovation Underemployment