Dam it all: More than half of the world’s long rivers are blocked by infrastructure

The construction of dams, levees, reservoirs, and other river-obstructive infrastructures is becoming ubiquitous. 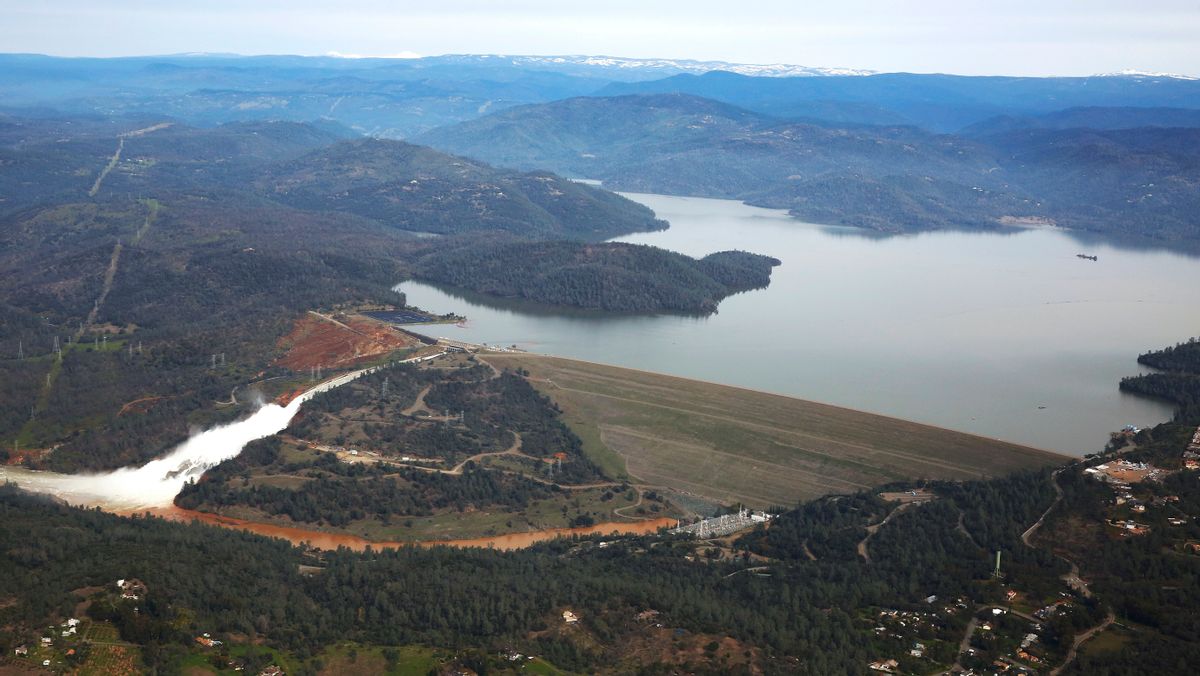 File - In this Saturday, Feb. 13, 2017, file photo, water flows down Oroville Dam's main spillway, near Oroville, Calif. Over six days, operators of the tallest dam in the United States, struggled to figure out their next move after raging floodwaters from California's wettest winter in decades gouged a hole the size of a football field in the dam's main water-release spillway. (AP Photo/Rich Pedroncelli, File) (AP)
--

It hasn’t even been a week since the U.N. released a depressing report on biodiversity, and now, a new study in Nature shows that 63 percent of the world’s longest (at least 620 miles) rivers are impeded by human-built infrastructures such as dams and reservoirs. Dam(n).

Rivers are a key source of food and water for agriculture, energy, and humanity. They’re critical to many cultures and communities and home to a plethora of species like salmon and trout. They also bolster ecosystems by restoring groundwater and serve as a buffer against drought.

But with the increasing demand for more water, energy generation, and flood management, the construction of dams, levees, reservoirs, and other river-obstructive infrastructures is becoming ubiquitous.

“Free-flowing rivers are important for humans and the environment alike, yet economic development around the world is making them increasingly rare,” lead author Günther Grill of McGill University said in a statement. Here are a few gloomy statistics from the study.