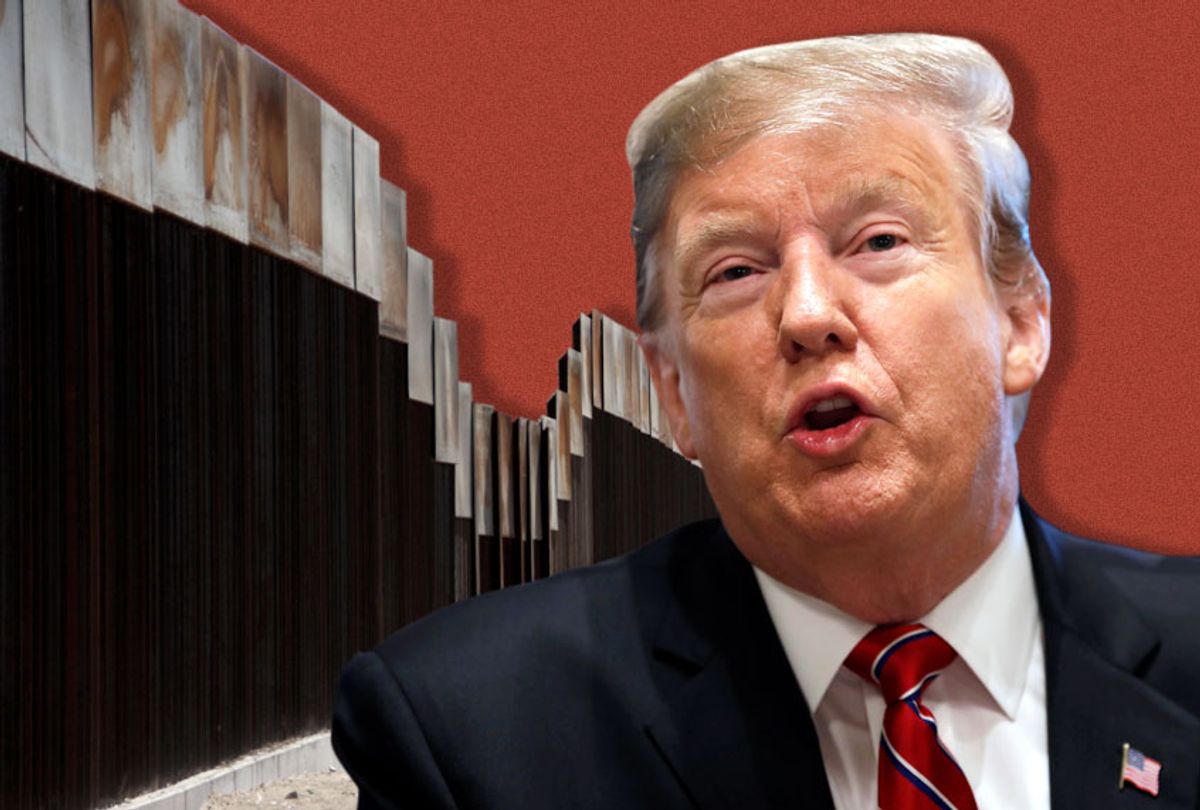 Trump supporters who donated to a GoFundMe campaign aiming to fund portions of the president’s proposed border wall are worried they were scammed.

In December, triple-amputee veteran Brian Kolfage became a right-wing sensation after he raised more than $20 million for a GoFundMe campaign aiming to raise $1 billion to fund parts of Trump’s proposed wall.

Kolfage wrote that he launched the campaign because he was upset by “too many illegals . . . taking advantage of the United States taxpayers,” and the “political games from both parties.”

In January, Kolfage pledged to refund “every single penny” of the money if the campaign did not hit its $1 billion goal. But since then, he has continued to post on the page about immigration and in January launched a nonprofit called We Build the Wall, promising to use the money to build portions of the wall himself on private land.

Kolfage was even joined in his efforts by former Trump aide Steve Bannon and former Kansas Secretary of State Kris Kobach, who sits on the We Build the Wall’s board of directors. Kobach claimed in February that the group was “getting ready to break ground, probably in April.”

Now were in the middle of May, and The Daily Beast reports that there is “no evidence that any construction has started.”

“The lack of updates is very concerning,” Joshua Greene, a Trump supporter who donated to the effort, told the outlet.

Donors have been asking questions on social media too.

“I am very disappointed in you Brian Kolfage, where are the progress photographs?” one woman asked on the group’s Facebook page.

“I’ve been away for FIVE months,” a Twitter user wrote last month. “When’s the groundbreaking?”

Kolfage took to Facebook to claim that he went “silent” because his project has to be carried out in secret.

"WALL UPDATE: there’s no update because we are remaining silent for a very good reason. You all will have the best present very soon," Kolfage wrote. “When I guaranteed we’d build the wall I meant it, and we are working with many congressmen and senators to help us mitigate these issues from the left wing attack groups! We are in the homestretch and it’s on a need to know basis … Don’t believe the lying left wing media ... Steve Bannon, curt schilling, sheriff David Clarke and others would not be backing me on this if they thought it wasn’t happening!”

This is similar to Kolfage’s claim in March, when he said in a radio interview that he has to work in secret to keep groups like the ACLU from suing him.

“I wish I could name where it’s at, but we can’t name it because of the ACLU, these other liberal groups that want to sue us and impede our progress,” Kolfage told American Family Radio. “But it’s actually happening.”

Kolfage would have a difficult time building his own border wall in Arizona, where the group has spent time scouting for land, since the federal government owns the majority of land along the border in that state. He could buy land from private landowners but the Phoenix New Times reports that many people who actually own such land say they have not been contacted by Kolfage’s group.

Adding to donors' concerns is the fact that Kolfage has been involved in hoaxes before, including a campaign to raise money for veterans’ programs in hospitals that never actually went to those hospitals, BuzzFeed News reported.

“I knew Brian had some previous shady GoFundMe campaigns,” Joshua Greene told The Daily Beast. “I felt more confident when he brought on other big names to work with him, I haven’t seen a tweet from ANY of them.”