"Booksmart": Billie Lourd was so magical on set, she’d get new scenes written for her each day 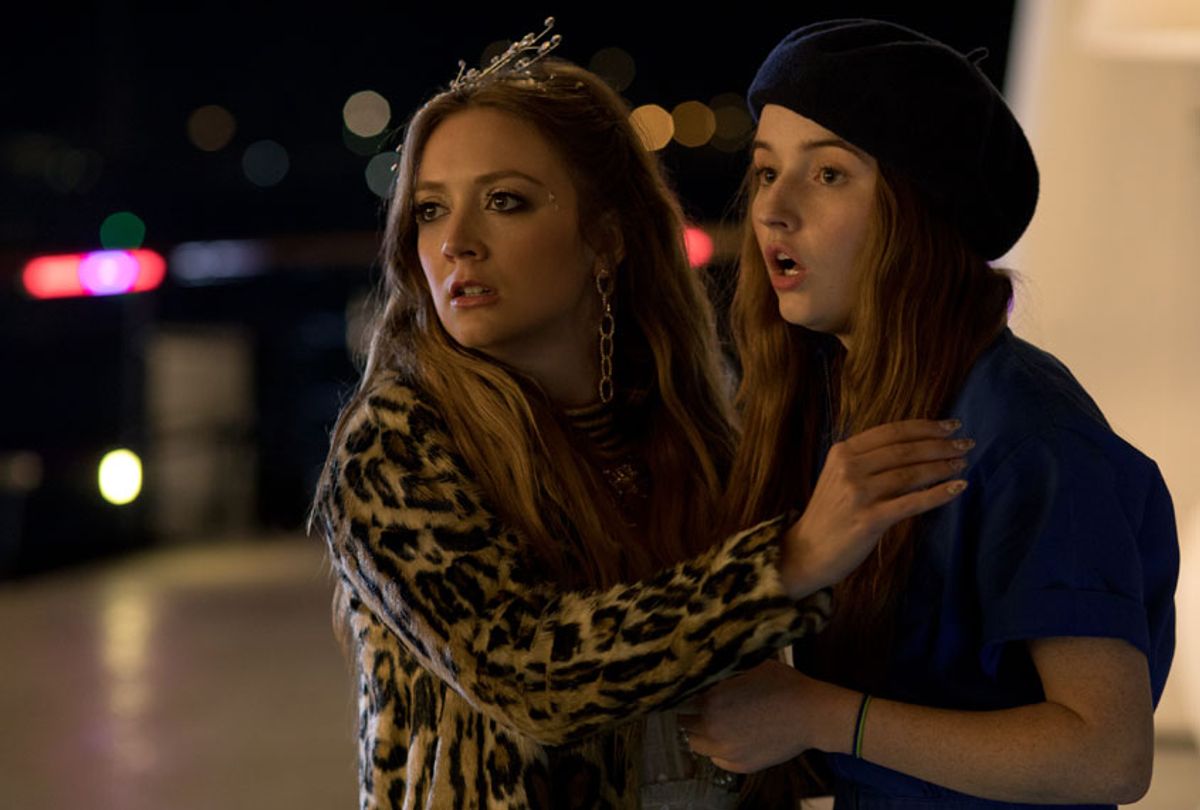 One of the great joys of Olivia Wilde’s feature directorial debut, “Booksmart,” is that it’s positively packed with unique and wholly believable characters. While leading ladies Molly (Beanie Feldstein) and Amy (Kaitlyn Dever) shine bright in a film centered on their charming friendship, Wilde and screenwriter and producer Katie Silberman also took the care to kit out an entire high school with indelible supporting stars. From theater geeks like Noah Galvin’s George and cool dudes like Eduardo Franco’s Theo to Diana Silvers’ alluring, aloof Hope, “Booksmart” is a movie about teens that pays attention to the full spectrum of their personalities and experiences.

And yet in a film filled with scene-stealers, it’s Billie Lourd’s Gigi that frequently makes off with the film, a party girl with a heart of gold who functions as something of a fairy godmother to Molly and Amy. As Silberman explained, while Lourd was always Wilde’s first choice for the role, her full-force performance helped evolve the character immediately. (Earlier drafts of the screenplay were written first by writing team Emily Halpern and Sarah Haskins and later by Susanna Fogel.)

“We definitely wrote more stuff for Billie,” Silberman said in a recent interview with IndieWire. “I mean, Billie had been our dream Gigi since before I started writing. Olivia had her on a big dream board in her room. So, it was fun to be able to — even before it was official — write to that unbelievable energy that Billie brings to everything. Writing for Gigi was my favorite thing. I love that kind of character.”

As is the case with many high school-set films, much of the action of “Booksmart” focuses on a big, last-night-of-school party, with Molly and Amy desperate to get to a cool bash to prove that they’re not just geeks their fellow students think they are. Along the way, there are many amusing hiccups, and Gigi manages to pop in with nutty frequency. If there’s something cool to do — or, as is the case with Gigi’s best friend Jared (Skyler Gisondo), who tries to throw his own party, something not cool to do — Gigi is there.

“There were so many things on the page that she just delivered beyond our wildest dreams,” the screenwriter said. “After the table read, we ended up looking in every possible place to see where else we could bring her in, and what else we could do with her. And occasionally, there were nights when we were filming that big party scene, where she would finish a scene and then Olivia would say, ‘Do you mind just hanging out in case we have free time at the end of the night? And we’ll put you in the corner and we’ll shoot something else.’ Which we ended up doing quite a few times.”

For all her wildness, there is something oddly relatable about Gigi, and Silberman said she’s encouraged by how many people have recognized their very own Gigi in Lourd’s breakout character. That’s part of the charm of “Booksmart.”

“Someone referred to her as the magical party coyote, which is my favorite way to describe her now,” she said. “But she is! I feel like everyone had a Gigi. I know who my Gigi was. If you’re in a group of ten friends and you can’t find the Gigi, maybe you’re the Gigi, that kind of high school magical creature only gets more legendary in your memories of high school. It’s so fun how many people are like, ‘Yes, that was my Jen or that was my Liz or that was my Kate’ or whoever that person in their high school was who kept popping up out of nowhere.”

Annapurna and United Artists Releasing will release “Booksmart” in theaters on Friday, May 24.