It's official: 2019 just became the worst year for measles in America since 1994

Recently confirmed cases of the measles in the U.S. have caused the national total to rise to 880 in 2019 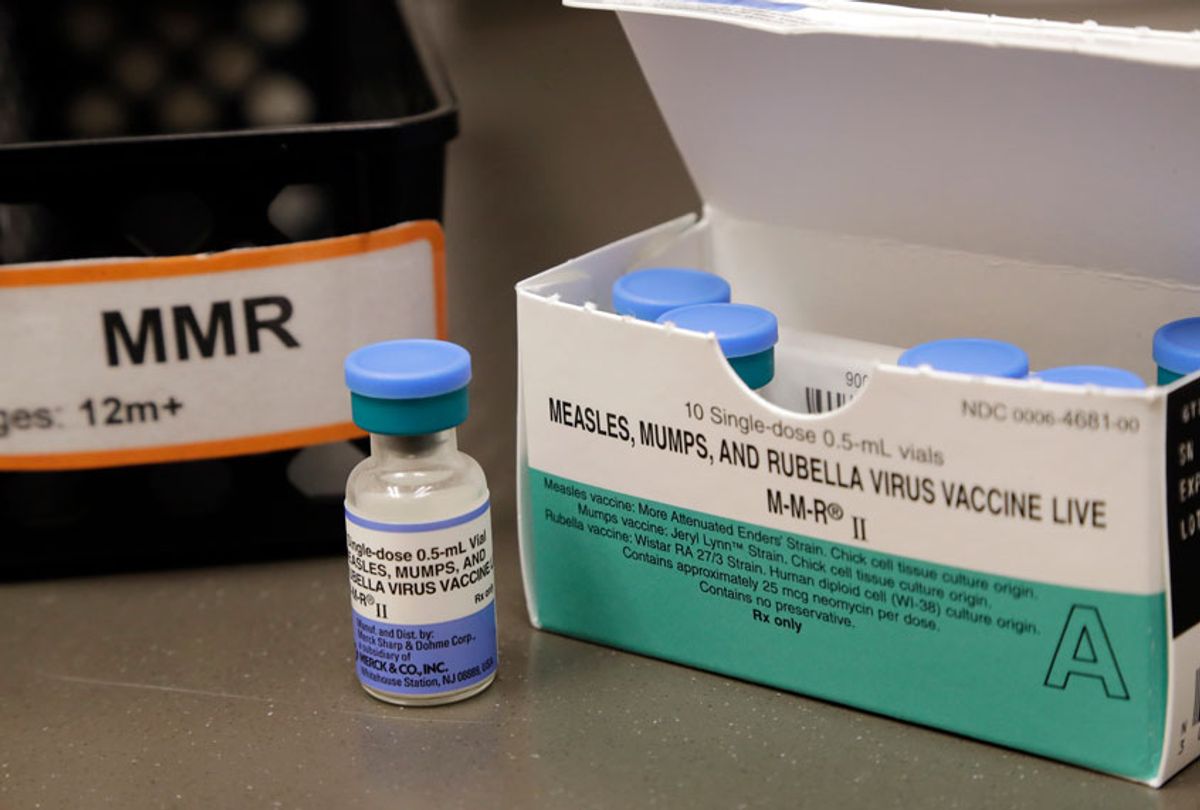 Recently confirmed cases of the measles in the U.S. have caused the national total to rise to 880 in 2019 — the largest number of measles cases in this country since 1994.

The new high was officially clocked after health officials at the Centers for Disease Control and Prevention confirmed an additional 41 measles diagnoses last week, according to CNBC. This includes confirmed measles diagnoses in 24 states. Although the pace of diagnoses appears to be slowing, the agency said it would need to determine whether the trend continues before it can officially determine that that is a fact.

Of the 41 confirmed cases of the measles, 30 were diagnosed in the state of New York, which has been battling two large measles outbreaks since the fall. Twenty-one of those new cases were reported in New York City, while nine others were reported in nearby Rockland County. Although New York has had the most measles diagnoses, another state gained a distinction with the latest report: Oklahoma had its first confirmed measles diagnosis, making it the 24th state to have a measles diagnosis in 2019, according to The Hill.

As a result of the recent spate of measles cases, 2019 has seen the most confirmed measles diagnoses in a quarter-century, with the last year to have more diagnoses being 1994, when 963 confirmed cases were reported. In 2000, health officials believed the disease had been entirely eliminated from the U.S. The increasing number of parents who refuse to vaccinate their children has made a new measles outbreak possible, and the 880 confirmed cases in 2019 remains the highest number since the disease's supposed elimination at the start of the millennium — and this year is not even halfway over yet.

"Vaccine hesitancy means decline in vaccination rates, which could lead to more outbreaks of vaccine preventable diseases," Eve Dubé, a medical anthropologist and researcher at the Research Center of the CHU de Québec-Université Laval, told Salon by email in March. "Public health [officials] need to apply different measures to deal with outbreaks, which takes time and energy and diverts resources from other important public health issues."

Gary Freed, a professor of health management and policy at the University of Michigan, also told Salon in March that "any decline in immunization rates will result in an increase in vaccine-preventable diseases. We have the opportunity now to prevent so many life threatening diseases and have saved countless lives through immunization. It would be a travesty for children’s health if there were widespread outbreaks of diseases which can kill or permanently damage children."

Even President Donald Trump, who has not been known for his support of the scientific consensus on hot button issues, told CNN last month he believes parents need to make sure their children are vaccinated so that the measles epidemic can be halted.

"They have to get the shots. The vaccinations are so important. This is really going around now. They have to get their shots," Trump told CNN. This is in contrast to his position at a 2015 Republican presidential debate, when he said that "autism has become an epidemic. Twenty-five years ago, 35 years ago, you look at the statistics, not even close. It has gotten totally out of control. I am totally in favor of vaccines. But I want smaller doses over a longer period of time."

He added, "Because you take a baby in — and I've seen it — and I've seen it. And I had my children taken care of over a long period of time, over a two- or three-year period of time. Same exact amount, but you take this little beautiful baby, and you pump — I mean, it looks just like it's meant for a horse, not for a child. And we've had so many instances — people that work for me."