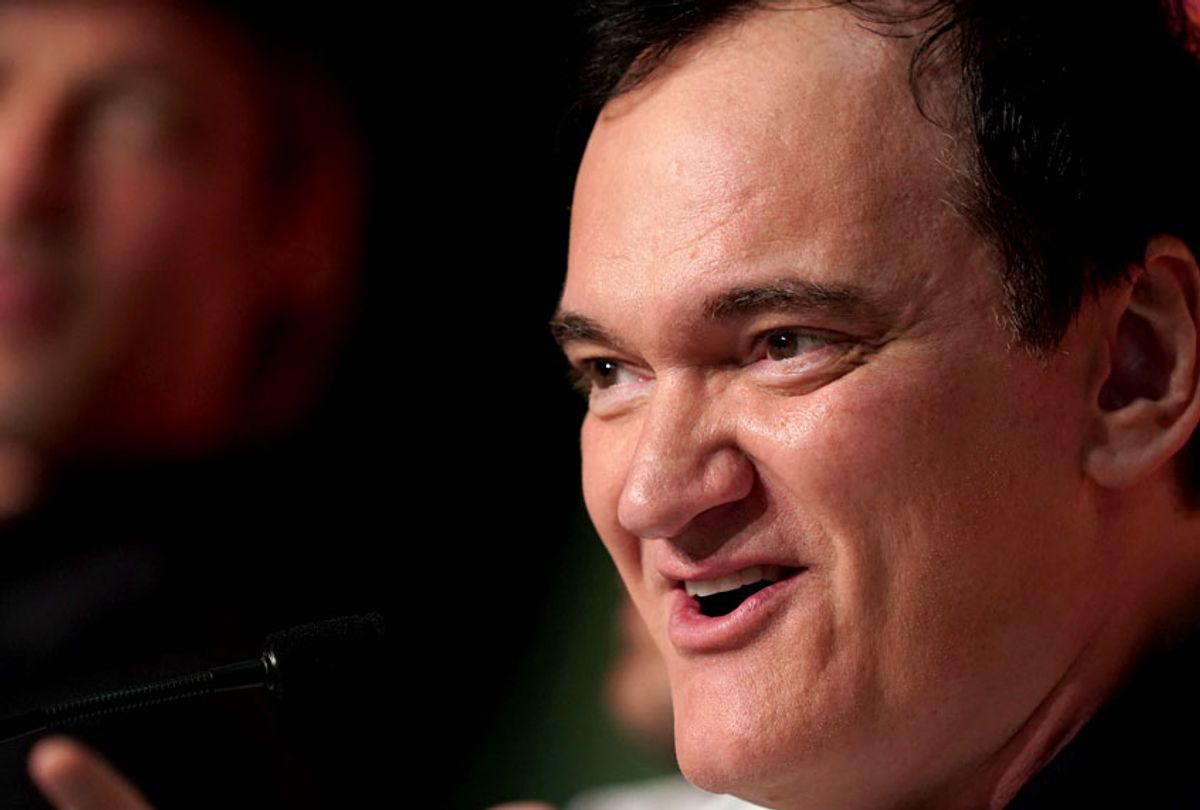 Filmmaker Quentin Tarantino has often found himself at the center of debates over the treatment of women in his movies. That conversation was reignited on social media after the May 22 Cannes press conference for his new movie, “Once Upon a Time in Hollywood.” Farah Nayeri, a reporter from The New York Times, asked Tarantino why Margot Robbie did not have more dialogue in the movie. In the film, Robbie stars as Sharon Tate, the model and actress who was murdered in 1969 by members of Charles Manson’s cult.

Robbie was third billed in the film after Leonardo DiCaprio and Brad Pitt, but Tarantino’s scenes of Tate are mostly dialogue-free. The portrayal was clearly concerning to Nayeri. When asked about the decision not to have Sharon speak much in the film, Tarantino replied, “I reject your hypothesis.”

Read more IndieWire: Quentin Tarantino Says He May Recut 'Once Upon a Time in Hollywood' to Make it Longer

The question then turned to Robbie herself, who replied, “I think the moments I was on screen gave a moment to honor Sharon. I think the tragedy was the loss of innocence. To show the wonderful sides of her could be done without speaking. I did feel like I got a lot of time to explore the character without dialogue, which is an interesting thing. Rarely do I get an opportunity to spend so much time on my own as a character.”

Both Robbie’s limited dialogue and Tarantino’s blunt response to Nayeri resulted in accusations of misogyny against Tarantino. The director is no stranger to these claims. Tarantino’s last film, “The Hateful Eight,” came under fire for its depiction of Jennifer Jason Leigh’s character Daisy Domergue. Daisy is continuously beaten by male characters throughout the movie. Kerry Washington’s character in “Django Unchained” was similarly assaulted on screen.

Many critics were quick to point out that Tarantino’s films are overflowing with dynamic female characters, from The Bride in “Kill Bill” to the eponymous protagonist in “Jackie Brown,” but others pointed out there’s a difference between writing great female characters and treating women in the real world with respect. Numerous headlines accused Tarantino of “snapping back” at the female reporter after the question was asked. The press conference moment was captured on video (watch in the first video below).

As film journalist Alyssa Klein wrote on Twitter, “Hi men, please never talk to me the way Quentin Tarantino responded to this very legitimate question from a journalist.”