Why a Democratic President, if elected, will be able to change very little in the U.S. 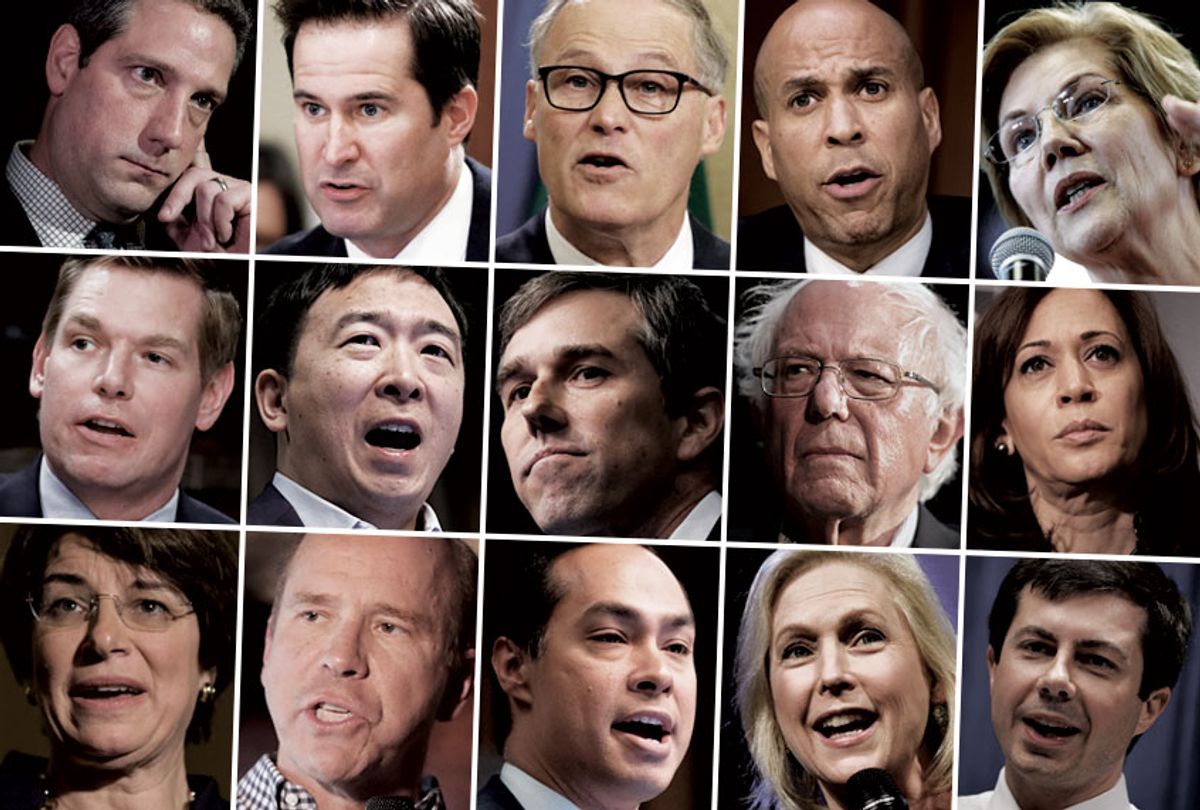 The number of Democratic applicants for the job of President of the United States is growing by the minute. We currently stand at 23 candidates that are vying for the nomination.

Inside the Democratic Party and beyond, there is much debate in the United States about who might be the likeliest — or safest — candidate to defeat Donald Trump in 2020.

There also is a lot of discussion about who among the Democrats might have the best policy proposals on all the hot-button issues from climate change to healthcare.

The rest of the world has a considerable interest in all of this, as Donald Trump has moved relentlessly to wreck the established international order.

A sad and uncomfortable truth

The sad and uncomfortable truth is that — even assuming a Trump defeat — most of the proud policy pronouncements by the Democratic Party candidates do not matter.

Whether Democrats nominate a left-wing populist like Bernie Sanders or a tried and tested member of the establishment such as Joe Biden, the odds are that any Democratic president in 2020 will enter the history books as a legislative failure.

Anybody who has even faint memories of the obstructionist Republican Party practices in the U.S. Congress during the Obama Administration will know why this is so.

Under the leadership of Senator McConnell, Republicans then proudly announced that the “single most important thing we want to achieve is for President Obama to be a one-term president.”

Even then, there is no reasonable chance that they will win 60 seats in the Senate (they currently hold 47 out of 100).

But 60 seats are necessary to stop Republicans from doing what they did during the first two years of the Obama Administration, when Democrats held the majority in both houses of Congress.

President Obama watered down his healthcare reform in order to attract some Republican votes back in 2010. The fact of the matter is that not a single Republican voted for the reform, not in the House and not in the Senate. Not one!

The reality also is that such reform would never even reach the Senate floor today. Republicans have made a pact with the devil, they have sold whatever soul they had left and they will undermine anything and everything that has even the slightest smell of protecting the weak, saving the planet or distributing income more fairly.

They will use their minority in the Senate — should it come to that — to kill every single proposal a new President will bring to them. President Obama got around the filibuster on healthcare only by making the bill part of a budget appropriation bill, one of a few legislative initiatives that does not require a supermajority.

The price he paid was large. Endless court battles that are still ongoing to undo the reform.

Only able to play defense

Of course, a Democratic president will have the power to use his or her executive powers to unravel most of the horrible decrees signed by Donald Trump from oil-drilling rights to undermining labor protection laws.

A Democratic President will also have the right to nominate justices, which leaves a long-term imprint on the country’s democratic architecture.

A Democratic president can and most likely will also end the unprecedented nepotism and rampant corruption of the New York oligarch currently occupying the Oval Office.

The new President could try to regain international trust, rebuild global coalitions, embrace America’s friends and contain its enemies and lower the risks of accidental or intentional war.

He or she could end the trade war that has only one likely outcome, a worldwide recession and financial crisis.

Given the wrecking ball job so adamantly pursued by the Trump administration, it is important for people to vote on Election Day come November 2020. And it is important for Democrats to vote during the primaries to choose their candidate for President.

But they should strictly focus on who is the best candidate to beat Donald Trump. None of the “I am the one who can reach across the aisle” stuff matters.

Because if a Democrat is elected in 2020, he or she will enter office on January 20, 2021 without even the slightest chance for reaching any legislative successes. Given the Republicans’ utter obstinacy, the Democrats will be able to pass next to nothing.

This is not a function of their ineffectiveness, but of the extreme minority rights protections of the U.S. Constitution or self-imposed legislative rules.

This ultimately begs the question, of course, if the United States actually remains an effective democracy. It surely no longer has a functioning government.

2020 Elections All Salon Democrats The Globalist