Psychiatrist Bandy X. Lee: "Trump is an urgent threat . . . and we must no longer hesitate to act" 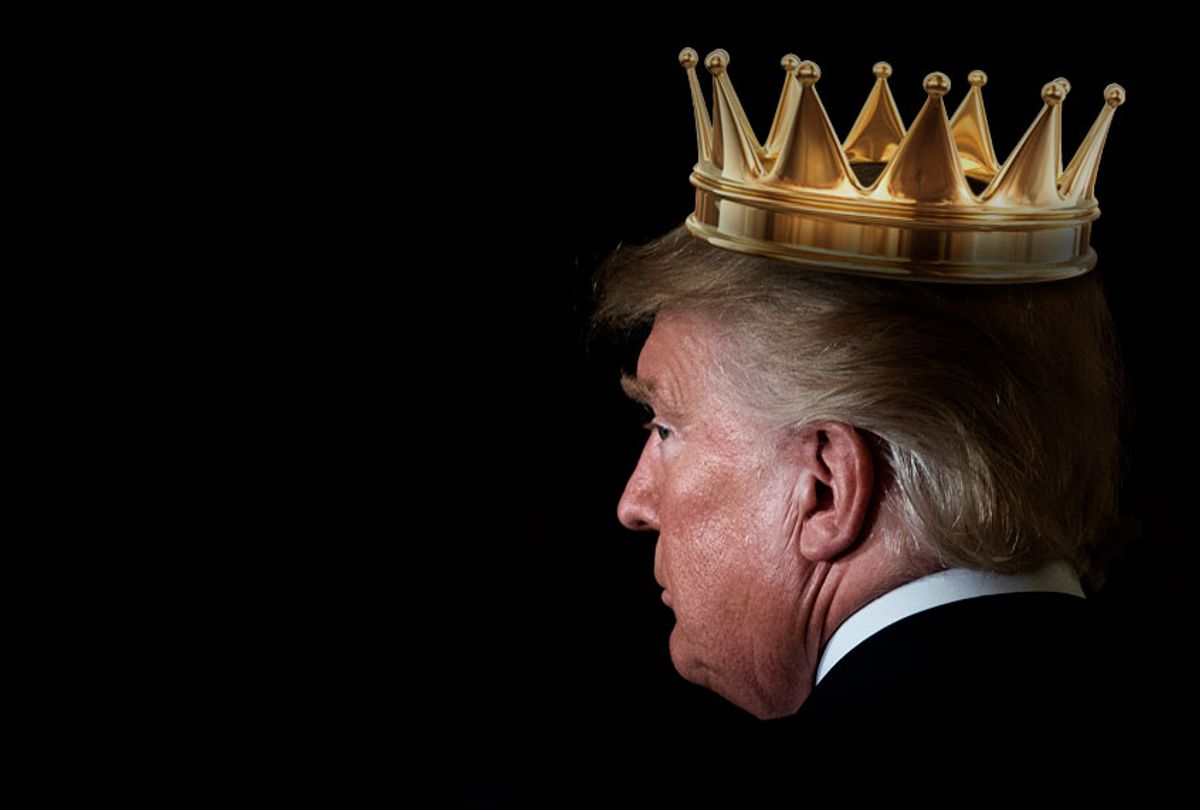 President Donald Trump clashed with Democrats all week, culminating in the President’s threat to refuse to work with them on infrastructure if they don’t end the Congressional investigations into misconduct by the President and his associates.

Raw Story spoke with Dr. Bandy X. Lee, a renowned expert on violence and forensic psychiatrist at Yale School of Medicine, about the president’s angry and petulant reaction to Congressional oversight. Lee has been a consultant to the World Health Organization since 2002 and is author of the authoritative textbook, “Violence: An Interdisciplinary Approach to Causes, Consequences, and Cures.” She is also the president of the World Mental Health Coalition and editor of the New York Times bestseller, “The Dangerous Case of Donald Trump: 37 Psychiatrists and Mental Health Experts Assess a President.” She and her coauthors recently prepared a damning mental health analysis of the Mueller report.

Raw Story: On Wednesday, Nancy Pelosi accused Donald Trump of conducting a cover-up, prompting the President to declare that he refuses to work with Democrats on issues like infrastructure if they continue to investigate him. This isn’t particularly “presidential” behavior. What do you make of it?

Bandy X. Lee: The president’s behavior in the Cabinet Room, the Rose Garden, and subsequently was justifiably alarming, but it is about time we recognize that we are dealing with someone who is not capable of thinking rationally—our report on the Mueller report has proven that. Rather, the media have not served the public well with the constant fixation on Donald Trump’s behavior, which has normalized him without offering a solution—or worse, has widely broadcast his gaslighting and distortion techniques to spread his pathology to a national level.

This was inevitable since the beginning of this presidency—and yet the American Psychiatric Association blocked whatever help we as mental health experts could offer. In its public relations campaign, it equated all we do with diagnosing and then claimed we could not say anything without a personal interview, since diagnosis requires an interview—which is ludicrous. Diagnosing is not even relevant to pointing out the public health dangers of a dangerously impaired leader. Whatever its short-term interests for misleading the public, the federally-funded and pharmaceutical industry-dependent APA was the single biggest malefactor in preventing timely intervention and facilitating tyranny.

We thus had to watch along the sidelines as this presidency unfolded exactly as we predicted, while the media and the public continued to fumble, unable to recognize let alone respond effectively to what is so familiar and routine to us. But now it is time to act. Nancy Pelosi said she is “worried about Trump’s well-being” and wishes for an “intervention,” but will she truly deal with it seriously? My concern is that she will continue to treat this issue as a political one, instead of the mental health emergency that it is. The test is whether she will go beyond public sparring to actually consulting with mental health experts to get the appropriate help.

Raw Story: A federal court ruled against Trump’s request to block Deutsche Bank from complying with Congressional subpoenas. How do you think Trump will take further revelations about his seemingly crooked enterprises?

Bandy X. Lee: It is obvious he fears his financial revelations more than anything. He can claim that the special counsel’s Russia investigation exonerated him and that impeachment is a “witch hunt,” but he will not be able to explain away the likely entrenched criminal activity (with potential Russian entanglement) that has characterized his business practices for decades.

Raw Story: He continues to fight Congressional oversight, including blocking McGahn from testifying, prompting some critics to point out that he’s acting in an authoritarian manner. Do you agree? And what about the President’s mindset allows him to justify this?

Bandy X. Lee: The authoritarian mindset is a familiar arrestation in or regression to an earlier stage of development. Jean Piaget and others have articulated stages of moral development in detail. Roughly, the first is the “might makes right” stage, where whoever is in power sets the arbitrary rules, and you look for ways you can maximally serve yourself within the system. Next is the stage where things are bound by rule and social order; the “law and order” people fall into this category. The third is where people agree on a social contract aimed at increasing common welfare and may even bend some rules to allow for mercy and human growth. If you haven’t gotten to the subsequent stage, it is easy to see how it can be misinterpreted: “law and order” people will be more bothered by irregularities than injustice and see the social contract people as bad for society, whereas the “might makes right” people will see those who obey the law to be foolish for not pursuing maximal self-interest (and hence even see war criminals as heroic).

Mr. Trump follows the patterns of the first stage. As such, it will be futile to explain to him objective rules or laws and to urge him to abide by them, but rather restraints need to come from without, in the form of indictments, impeachment, and other consequences. These are not just penalties for wrongdoing but treatment modalities that help him to keep his behavior contained. Without this containment, his abuses will be endless, and eventually destructive for both himself and society.

Raw Story: And his supporters—is there anything the President could do that would turn them off?

His followers are of a similar psychology as Mr. Trump. People may try to disprove their accusations that others “are out to get us” by being exceptionally cautious—perhaps this was the special counsel’s intent when he would not make conclusions about obstruction of justice, despite the abounding evidence; perhaps this is the House speaker’s strategy in forestalling impeachment, hoping that the evidence will speak for itself. But this is misguided, since feelings of persecution will not diminish with evidence to the contrary. Rather, a long drawn-out process will encourage the sentiment that unceasing pressure, blockage, and criticism have rather prevented Mr. Trump from properly acting as president.

More humane for his followers would be swift indictment and removal from power, which would help extinguish his legitimacy and bring things back to normal. We must also take action for the sake of public safety and our nation’s mental health. The fragility, paranoia, and disorganization Mr. Trump has lately displayed are rather the safer moments. The more dangerous ones are when the outer layers of the mind create defenses to overcompensate through “toughness” that would manifest in persecution, threats, wars, and attraction to nuclear weapons. We cannot underestimate the dangers: Mr. Trump is an urgent threat to national and international security, and we must no longer hesitate to act.