Your new favorite potato salad, thanks to one ingredient 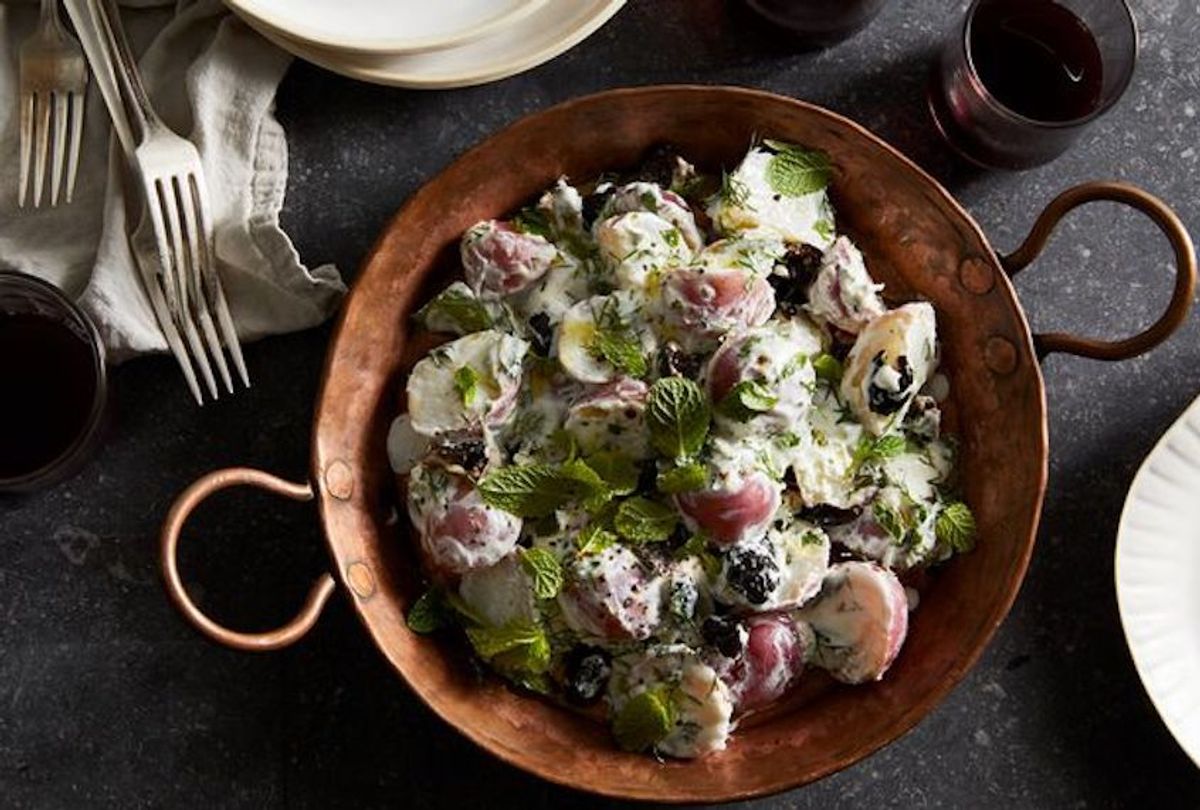 You should know that I love mayonnaise. That I use it for egg salad and tuna salad and fake-tuna salad. But also to hack chicken schnitzel, make a chile smear for crispy eggplant sandwiches, and even bake chocolate cake.

Yet, even loving mayonnaise as much as I love mayonnaise, sometimes I don’t wantmayonnaise. Sometimes I want something else. And this happens most often with potato salad.

Based on the number of no-mayo potato salads on Food52, a lot of people seem to feel the same way. There's this recipe with Dijon mustard, sunflower oil, and cider vinegar. And this one with lots of pickle juice (yep). And this one with creamy tahini. But me? I wanted something even creamier.

From a distance, this ingredient is a mayo lookalike: It’s white. It’s spreadable. It lives in your fridge. But the two couldn’t taste more different. Mayo is rich and sorta-sweet, while yogurt is tangy and sour, with just enough creaminess to keep you coming back.

Nonfat or lowfat yogurt is fine for your morning berry bowl, but when it comes to savory situations, whole-milk is the way to go. (If you don’t believe me, ask Diane Kochilas.) The higher fat content keeps potato salad creamy, as it should be, and avoids the dish feeling like a compromise, which it’s not.

In this Big Little Recipe, the potato salad starts out like any other: by simmering potatoes in salted water. (Simmering, not boiling potatoes, helps the skin and flesh stay intact—a pro tip I learned from our food stylist Anna Billingskog.) The rest of the recipe is American-style potato salad gone rogue.

Where there used to be a modest amount of mayo, there’s now a whole lot of Greek yogurt. And where there used to be everything from celery and pickles to hard-boiled eggs and the kitchen sink, there are just three powerhouse ingredients: dill, mint, and wrinkly black olives. Like the yogurt, these add brightness and, dare I say, vivaciousness to an otherwise humble BBQ side.

Yogurt potato salad goes just as great with all those burgers and hot dogs as it does with grilled salmon or crispy chicken thighs or charred portobellos — really, whatever you're serving in the end-of-day sun.