Nevada will restore voting rights to people with past felony convictions

Governor signs measure that goes into effect July 1 and will re-enfranchise an estimated 77,000 state residents 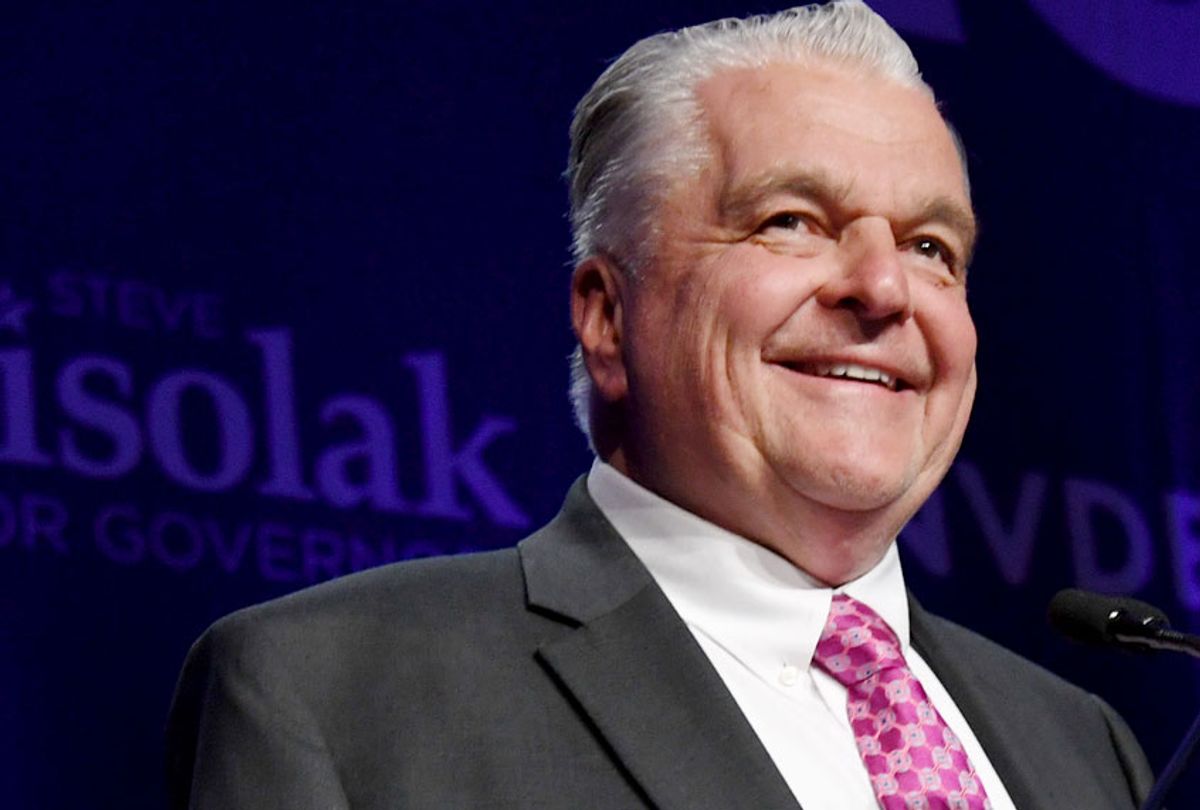 Nevada Gov. Steve Sisolak on Wednesday signed into law a pair of criminal justice reform bills, including one that will restore voting rights to citizens with prior felony convictions who have completed their sentences.

The legislation, known as Assembly Bill 431, will streamline what was a previously a slow and complicated process to re-enfranchise formerly incarcerated residents. Sisolak praised the move as an effort to "restore fairness and justice to thousands of Nevadans."

"I'm so excited about the positive impact these bills will have on our communities, especially communities of color," the Democratic governor wrote Wednesday on Twitter, noting that the measure will re-enfranchise an estimated 77,000 state residents.

The measure will go into effect July 1, and will automatically restore the right to vote to individuals with prior felony convictions who have completed the terms of their sentence, including parole or probation.

The bill received wide, bipartisan support in the Nevada State Assembly, passing 32-9, while passing along party lines in the Senate by a 13-8 vote.

Nevada Democrats have been working to increase voter participation after flipping both the governorship and the state legislature from red to blue during the 2018 midterm election cycle.

"I firmly believe that we should be doing everything we can to expand access to the ballot box, not restrict it," Sisolak said just before signing the measure, according to the Nevada Current. "This also includes people who have paid their debts to society after committing a crime. Not only is restoring their right to vote the right thing to do, it’s also the smart thing to do."

The other measure Sisolak signed into law will streamline the sealing of low-level marijuana convictions.

"As we look toward the future of legal cannabis, it's time to provide a better future for these Nevadans," the governor said on Twitter.

Thirty-six other states and the District of Columbia currently have policies restoring the right to vote for convicted felons. In Maine and Vermont, felons never lose their right to vote, even while they are incarcerated.

Nevada's decision to restore voting rights comes after Florida voters in November approved an amendment to automatically restore voting rights to as many as 1.5 million state residents with former convictions. Republicans in the Sunshine State have attempted to limit the amendment's expansion, however, passing a bill last month that would require those with former convictions to pay all court fees, fines and restitution before voting. Under the law, judges can waive those costs or convert them into community service hours.