"Always Be My Maybe" director on Ali Wong, evoking "Notting Hill" and comedy as a Trojan horse 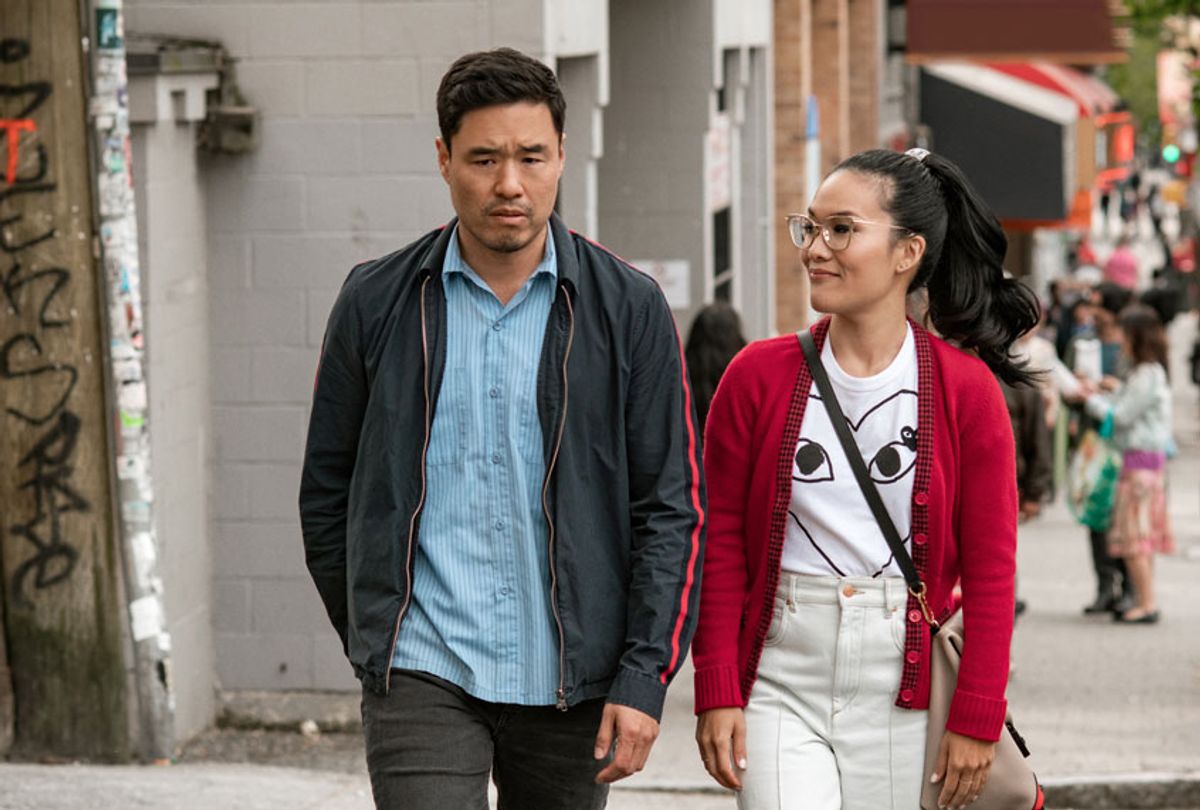 The new Netflix comedy "Always Be My Maybe" is a romance with a radical heart. Co-written (with Michael Golamco) by and co-starring Ali Wong and Randall Park, it tells the story of two childhood friends whose lives have taken very different paths — leading them right back to each other. But it's also a story about family, culture and Asian-American identity. Salon spoke recently with director Nahnatchka Khan (creator of "Don’t Trust the B— in Apartment 23" and "Fresh Off the Boat") about love, comedy and her Trojan horse approach to Hollywood.

[Star Randall Park will join "Salon Talks" on Thursday at 11:15 ET. Tune in live on Facebook and YouTube.]

I'm curious because you did not have a whole of directing experience under your belt. This is such a big production — multiple sets, multiple locations. What was your learning curve like?

Honestly, it was very similar to being a showrunner in TV. It's just on a different scale. To me, it's about world-building. It's about storytelling and setting the tone, introducing the audience to the characters and asking them to invest, except it's for an hour and 40 minutes instead of six seasons or whatever. But a lot of that translated over. The biggest learning curve for me was the camera packages. Thank God I had a great DP, Tim Suhrstedt. From the get-go I explained the look that I was going for, what I wanted, and together we chose our lens package. That was a big learning curve for me. But I think ultimately you just get to the point of it; you just start doing it. You're like, "All right, here we go." So now I have a lot of opinions about lens packages.

Now you've got this big production deal going on. Is directing where you want to go, or do you want to be doing everything — writing, directing, producing, the whole shebang?

I guess I'lll take the shebang. Because for me, I will always approach things from a writer-first point of view. Whatever I do, whether it's directing, producing, I just come at things from characters, from stories, from jokes and scene rhythms. I'll always have that at the epicenter, I think. And then building out from that, what's the best visual way to tell the story, how do I get to this across? That's, for me, so exciting.

Looking at your background, and certainly looking at this movie, it feels like your world is deeply steeped in comedy. Is comedy the medium through which you want to tell these kinds of stories?

Using humor as a wedge into different kinds of stories is my go-to. I think anything I do would have some sort of streak of humor in it. But that being said, it can be all kind of different versions. "Don't Trust the B--" is an adult comedy featuring unapologetic women. Then it's family comedy [as in "Fresh Off the Boat"], then it's this, which is a romantic comedy. Within the comedy wheel, I like working with different spokes. But I think comedy is such a great weapon,  because it allows you to Trojan horse into a lot of things, too. With "Always Be My Maybe," this has to be funny, this has to be entertaining. And then when we stop for these moments with the characters that are emotional, you kind of feel it more because it's a little bit unexpected.

It is a classic,  traditional, old-school romantic comedy. And yet also at the center of it, very much, it is about people grappling with identity and race in America.

That's what we were going for, to marry those two things. Even in the look of the movie, I wanted to go back to the classic rom-com looks of the '80s and '90s — "When Harry Met Sally,""Bridget Jones's Diary,""Notting Hill" — and combine that with a modern-day story at the center. Characters who felt like they lived in 2019. And I think that those two things together hopefully make it feel like what you're talking about.

You've been doing this for a really long time. I had the chance to visit the set of "Pose" recently, and a phrase came up — "showrunning as a revolutionary act." I read something you wrote for Amy Poehler's Smart Girls where you said, "For a lot of people it becomes a point of pride, not being able to 'tell' that a script was written by someone who is other in any way. 'I’m not a female writer, or a gay writer, or a Persian writer, I’m just a writer.' As if that were the ideal." It feels like identity is so much a part of what you want to be doing now.

Absolutely. And the more I do it, the more that comes true. When you start your career, you are writing for other people. You're trying to make a name for yourself; you're trying to make a living; you're trying to get work, and then you might not embrace all these aspects of yourself. As you gain momentum and you gain success, you're able to take a step back. You get to a place where you're not worrying about your next job is but rather what your next project is going to say. I think that's very important. I think that if you have that capability, for me certainly, it's entwined in everything I do. It's so ingrained in who I am that anything I do going forward has to have that element to it, for sure.

That seems like both an external and an internal thing, where now when you have people like Ali Wong and you have a show like "Fresh Off the Boat," it becomes then easier for the next thing to get made for the next person down the line. And then it becomes a bigger, broader conversation than was possible before.

You have things that people can point to and be like, "Oh, this is a success; we have an audience for this. There's an appetite for this kind of content." You have a huge stand-up star in Ali Wong, who exploded onto the scene. And it's the same thing. She spoke to people who hadn't been spoken to like that. They saw themselves in a way they hadn't seen before. That just shows everybody who are in the decision-making power of a studio and network's eyes, there are other people out here that are hungry for this kind of content.  It makes it easier for people who are then writing scripts and creating shows and writing movies to imagine an Ali Wong as your leading lady, because she's here. It's not like you're making up some fantasy version of what that could be. They're out here, and there are more of them.

I read where she said that she brought her niece to the set and it was so revolutionary for her being able to show her women behind the camera. Because it's a huge thing to see representation in front of the camera, but we know that the industry still really lags in terms of putting women behind it.

It's so great when people like Ali understand, like bringing her niece around. She's got two daughters, and I've got a seven-year-old niece, and she comes to the set. It's important for us to show, "Look, we can do anything we want. You can do anything." That was something that we wanted to get into the movie as well, that idea. Ali plays a very successful career woman. In real life she is that and I am that, and we wanted it to feel like women we actually know, not painted with the broadest strokes, but you can be ambitious and vulnerable and driven and need to go cry in the freezer for a second. You don't have to be just one thing. I think that applies to women in front of and behind the camera. It's just about opportunity.