I lost my virginity at 37: What that night at the Bunny Ranch really taught me

Five years ago, I wrote about being a 33-year-old virgin. It was fear that kept me from sex for so long 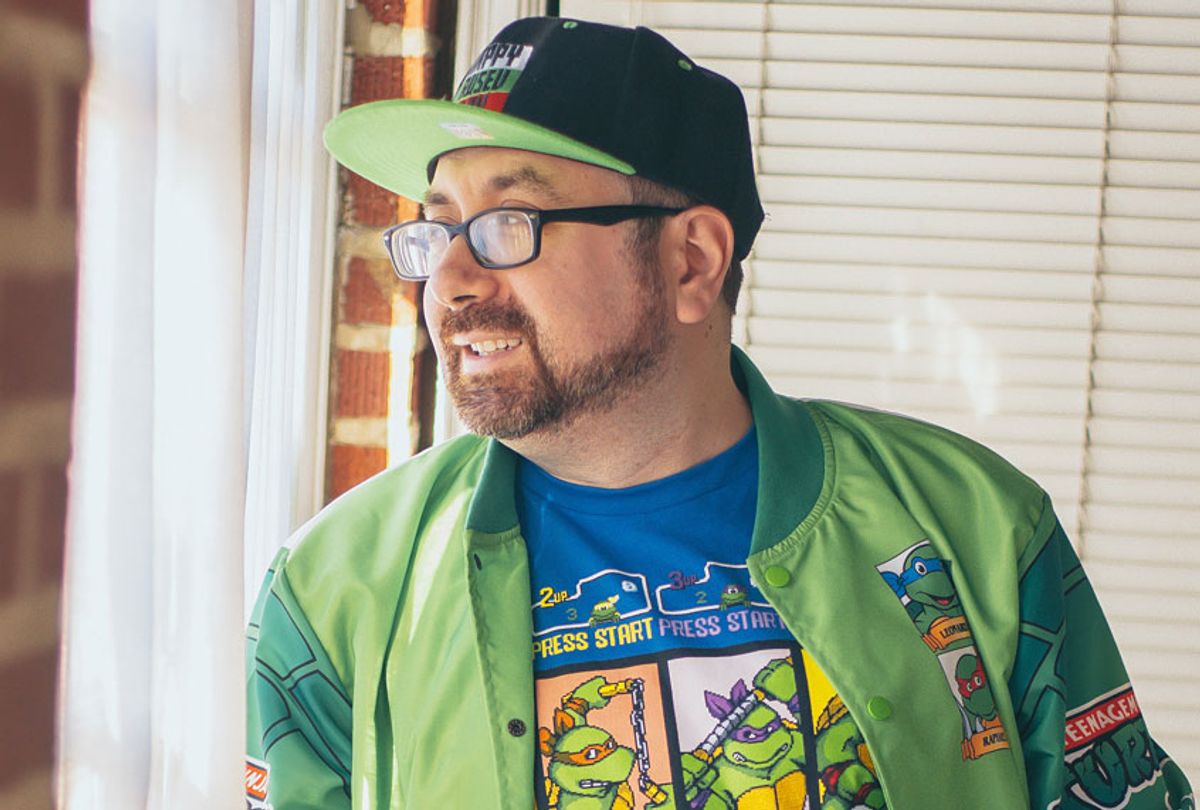 Five years ago I wrote an essay for Salon about being a 33-year-old virgin. At the time, a man who identified as an incel had murdered several people. I saw lots of negative press about men who have not had sex, so I wrote about how not having sex is not weird, and that if you haven’t met the right one, to not let bitterness and anger overtake you.

The article did nothing to really dissuade the incel movement. It’s bigger than ever. And in some circles the man who murdered those people has been elevated as a saint. Five years later, I am here to tell you I was wrong.

Sex is not a big deal.

My life has changed a lot since then. Five years ago, I lived with my parents and my two aunts, as I had all of my life. One year after I wrote that article, my Mom died. It wasn’t easy. She had fallen in a coma and I quit my job to take care of her. I sat with her for a month. She never woke up and died in front of me. Three days later my Aunt Irma, who was like my second mother, died in front of me as well, having fallen victim to lung cancer. Both women wanted the best for me. My Mom would always say, “My biggest fear is that we will all die and you’ll be alone.” And I blew her off, figuring the right girl is coming. When my Mom died I felt ashamed; I felt like I had let her down — not just with women, but my career too. I had always wanted her to turn the TV on and see me do stand-up. That day was never going to come.

Three years later my dad had a massive stroke. Again I sat in the hospital, and I watched him die. My dad was not happy about my essay; he wasn’t happy that I was a virgin at all. I even think he might have been ashamed. And again, I felt ashamed after he died, because I felt like I had let him down as a man. Then it was just me and my Aunt Ruthie, until one morning I went up to see her and she was dead too.

Everyone I grew up with and lived with died in front of me in the span of four years.

I got to be very lonely. I liked living with my parents and taking care of my aunts. I liked having a family. Now I had no one. I knew that one day I wanted to get married, but in my late 30s I knew I would never find anyone to be serious with until I got rid of my virginity. In my 20s it seemed OK to be a virgin, but now it was just unacceptable, and it was standing in the way of every relationship I tried to have. My virginity was a giant wall no woman wanted to climb.

So last October I bought a plane ticket to Las Vegas. I brought my friend along to do the seven-hour drive to the Moonlite Bunny Ranch, and I lost my virginity.

I picked the Bunny Ranch for three reasons:

The trip didn't go off without some hiccups. We stayed in Vegas on Monday and took in the town, then woke up early, ready for the long drive from Vegas to Carson City. While we were on our way, the news broke that Ron Jeremy had found the body of Dennis Hof.

I lost my virginity at the Bunny Ranch the day the owner died.

Suffice to say the mood was weird and somber by night when we arrived. Purple candles were lit in his memory. My friend sat at the bar with a book about Vietnam and girls kept breaking down and crying in front of him. But the woman I chose assured me that Mr. Hof would have wanted the show to go on.

At first it was very nervewracking. When you enter the ranch, you're not allowed to say anything. Five girls walk out, introduce themselves, and then stand there. You have to chose on the spot. It all happens really fast. And I’m trying to break down this whole story to her, so the first hour was rough, and it didn’t go well at all.

Then I started talking to her about movies, showing her pictures of my dog, talking about our plans in life, and she was calm and understanding. The second hour was much much better than the first, and then it happened. And I was no longer a virgin.

Here’s the thing: It wasn’t some life-altering event. All my life people had held sex over my head like it was the master sword in Zelda. It was fine. It was fun. After sex, I walked out and it was very late at night and the staff was watching "Antman and Wasp." They asked me if I wanted to watch with them. I did. We talked about "Venom," about "Infinity War." And it occurred to me: Here I am in the middle of nowhere on a ranch with sex workers, and I’m watching a Marvel film. Just like I do at home. You can’t escape who you are.

So here’s my advice: Sex is not a big deal. Stop waiting. Have it. Experience it. Enjoy it. It’s not something you need to stay away from. It’s normal. Nowadays I look back and I understand that staying away from sex all those years was like banning myself from the grocery store. It’s not the end of the world to have sex with someone you have no connection with. Also, we need to stop the stigma against sex workers. I had a great time at the ranch. It did wonders for me mentally. I used to think I'd be ashamed if I lost it to a prostitute. Not at all. I was given a great experience and was handled with real care.

It’s been about six months since the ranch trip. I’m dating now, I’m having fun, and life is good. You can’t live your life in fear. I know I said losing my virginity wasn’t a life-altering event and here I am saying how awesome things got after sex. But that’s just it: Life was always going to be awesome. I was always going to have an easy time finding women, but I let my fear of sex or my fear of doing it with someone I don't care for block me from making connections with women both physically and mentally. I put that wall up. Life didn't change. I did.

For years I couldn’t tie a tie. The other day I saw this amazing three-piece suit. I wanted to wear it. So I bought it and taught myself how to tie a tie. My parents used to tell me my poor hand-eye coordination would stop me from ever learning how. Guess what? I taught myself. Now I can tie a goddamn tie, and the suit looks great. Now I can buy more suits. For years I stayed away from them because I convinced myself I could never tie a tie. Now I can dress like Vincent Kennedy McMahon in 1986, 24-7.

Incels, you convinced yourself everyone is a Becky or a Chad — everyone is either a jerk or unattainable, so why bother? Just like I convinced myself all ties are untieable. Now? I can wear any tie in the world. And if you put the guard down, you can have fun with some amazing women! Or men! (Are there gay incels? Well, stop it!) And trust me, sex is way more fun than tying a tie. I think. Let me do both more and I'll get back to you.

I have two dogs, I can tie a tie, I have great women in my life and throw house parties once a month where everyone plays "NBA Jam" and beer pong. When I was a kid I was afraid of two things: women and dogs. I can’t imagine my life without either now. Sometimes the things you fear the most are the things that will save you.

Ray Gootz is a standup comic based out of New York. His comedy album can be purchased here.