How quantum theory clashes with reality

A theory of “hidden variables” predicted the opposite of what quantum theory predicted. Here’s why 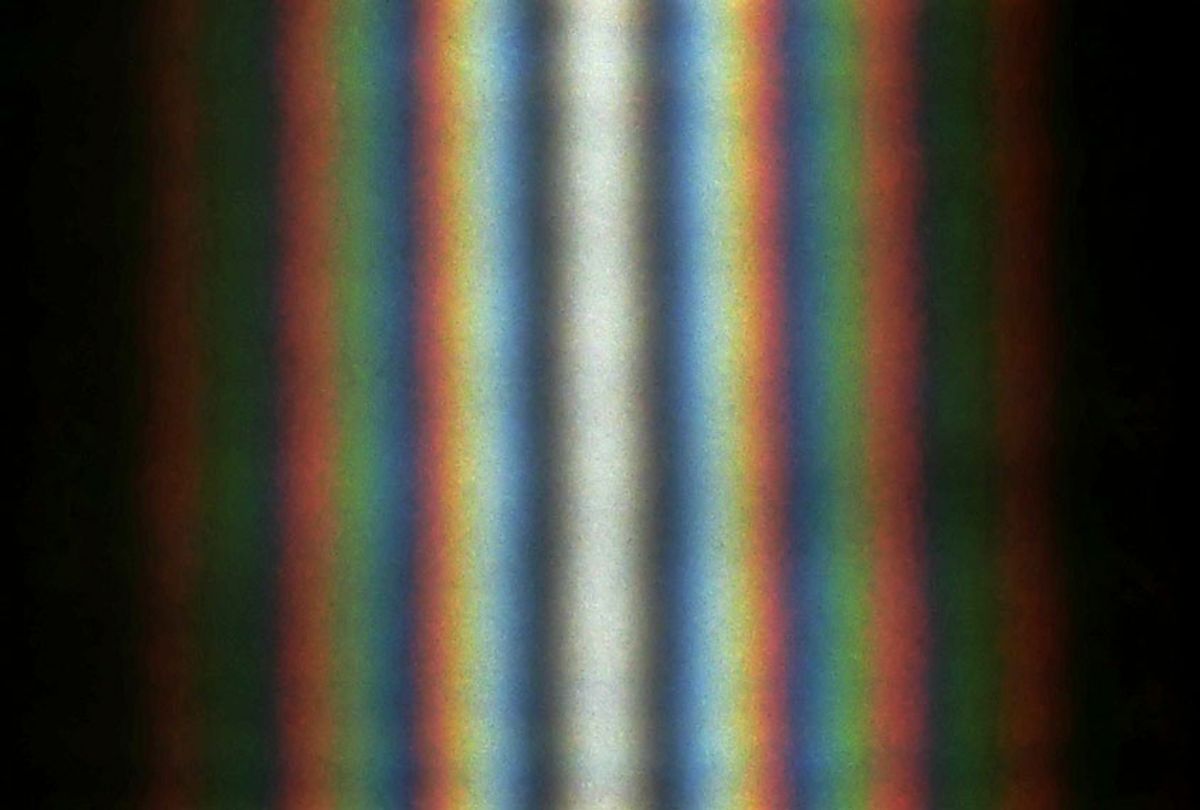 Over the decades that saw the creation of quantum theory, people argued endlessly over the questions it raised. I think it is fair to say, though, that the argument never reached a conclusion. Rather, as I have described earlier, it just petered out. People gave up talking about the subject.

But then John Bell came along.

Bell’s genius was to prove that the task is impossible. His theorem shows that no matter how hard I try, I will not be able to create a hidden-­variable theory that agrees with all of the predictions of quantum theory. (A “hidden-variable theory” in quantum theory is called that because said variables could have one value or another—an electron could be here or there, an atom could have this energy or that. And they are “hidden” because they are hidden from our gaze.) Yes, some of its predictions will agree—but there are sure to be others that don’t. And the amazing thing about his theorem is that it doesn’t deal with any particular hidden­-variable theory at all. It deals with hidden­-variable theories in general.

As an analogy, when you flip a fair coin it lands heads 50 percent of the time. An unfair coin, though, might be more likely to land heads than tails. The degree to which the coin has been altered is a hidden variable, which you do not know. But you do know that if you take the fraction of times the coin lands heads, and add to it the fraction of times it lands tails, you will always get the number one. In an analogous way, Bell constructed a specific combination of the three fractions from the three experiments of his scenario, which led to Bell’s theorem. And he found a definite restriction involving this combination, which each and every hidden­-variable theory must obey.

That was his result. But he then went on to do something more. Bell showed that quantum theory violated this restriction.

John Bell has an almost mythical status among his peers. A colleague has written that he “was called the Oracle ... there was a certain aura about him.”1 Another has written of how “Bell’s presence in a gathering raised the collective level of thinking, speaking and listening.”2 A third—a friend of mine—once recounted to me how he had happened to meet Bell by accident one day and how the encounter, brief as it was, had left my friend positively breathless. The praise of one’s colleagues is the finest praise.

Bell was born in Belfast in 1928 to an impoverished family: his father was regularly in and out of work. He was one of four children. Schooling was an expense his family was able to meet only with difficulty. He began his university career not as a student but as a technician in a physics department. Members of the faculty, recognizing his talent and commitment, went out of their way to help, lending him books and allowing him to sit in on lectures. Ultimately he got an education, found employment as a physicist, and eventually moved to Switzerland and the giant particle accelerator at CERN, the European center for high­energy physics. There he worked on the quantum theory of fields and on accelerator design—and on the foundations of quantum mechanics. No one has probed those foundations more deeply.

In person Bell was graceful yet intense, and suffused with a quiet humor. These qualities shine through in his writings. These writings are graceful, passionate, powerful—and delightful. A few quotations will make this evident.

From an article of his on the mysteries of quantum theory: “The concept ‘velocity of an electron’ is now unproblematic only when not thought about.”3 And another: “The typical physicist feels that [these questions] have long been answered and that he will fully understand just how if ever he can spare twenty minutes to think about it.”4 From a review Bell had written—and he is referring to himself here: “Like all authors of noncom­ missioned reviews, he thinks that he can restate the position with such clarity and simplicity that all previous discussions will be eclipsed.” And finally a quote from a letter to a colleague who had sent him a paper proposing a revised quantum theory: “I read with very great interest and admiration your paper....Of course I will be happy to receive any reply from you. But I hold the right not to reply to letters to be the most fundamental of human freedoms.”

It was my good fortune to have met Bell at a conference; tragically, he died, entirely unexpectedly, shortly after.

As perhaps you can tell, Bell made an extraordinary impression on me. His presence was both gigantic and gentle. I felt that I was in the presence of someone who thought more deeply, more intensely, and more honestly than most—and who was at the same time among the most considerate people I have ever met.

Never have I encountered a person more committed to getting to the heart of a matter, and to a ruthless clarity and honesty. He was passionate in his argumentation. This was so even when he was an undergraduate. During his very first course in quantum mechanics its mysteries had disquieted him—as did what he regarded as too cavalier an attitude toward these mysteries on the part of the teacher. He remonstrated with that teacher. According to Bell’s own testimony years later, he got into a heated argument, essentially accusing the professor—a man who had gone out of his way to assist him—of dishonesty.

And yet John Bell was one of the gentlest people I have ever met. He was considerate, respectful, gracious. He would fight over ideas, but the fights were never personal. You could disagree with him without angering him. And in some remarkable way, he could attack your ideas without attacking you. John Bell was a gentle battler.

Bell’s work was pioneering. He showed the way to a new insight. His was the first step—and the first step is always the hardest one. You may have noticed that I have made no attempt to show the actual theorem Bell had proved. Rather, I have talked about it only in general terms. The reason is that his combination of mathematical quantities is something of a complicated mess, and the proof that they obey his restriction is more complicated still. But in the years following on Bell’s work other people have proved theorems analogous to his, going beyond his work in various ways. In particular, a generalization of his work has been found that is so simple and straightforward that it is actually possible to give the proof in a nontechnical manner.

Bell’s combination of mathematical quantities is, to me at least, quite strange. Nothing about it has any clear and simple interpretation, any immediately obvious intuitive significance. It just happens to be true that this particular combination of fractions happens to have the property he found. Indeed, my guess is that nobody would have found his result even slightly interesting—were it not for the amazing fact that quantum theory makes a different prediction.

How on earth did Bell do it? What led him to formulate this particular mathematical expression, and to ask whether it agreed with the predictions of quantum theory? I know of no writings in which Bell explained the train of thought that lead him to his theorem. I know of no one who asked him.

But most of all, I imagine, he might have leaned back in his chair and smiled, and said that in the last analysis he really did not know how he had done it.

George Greenstein is Sidney Dillon Emeritus Professor of Astronomy at Amherst College. He is the author of "Frozen Star: Of Pulsars, Black Holes, and the Nature of Stars," "The Symbiotic Universe: Life and Mind in the Cosmos," "The Quantum Challenge: Modern Research on the Foundations of Quantum Mechanics" (with Arthur Zajonc), and other books.