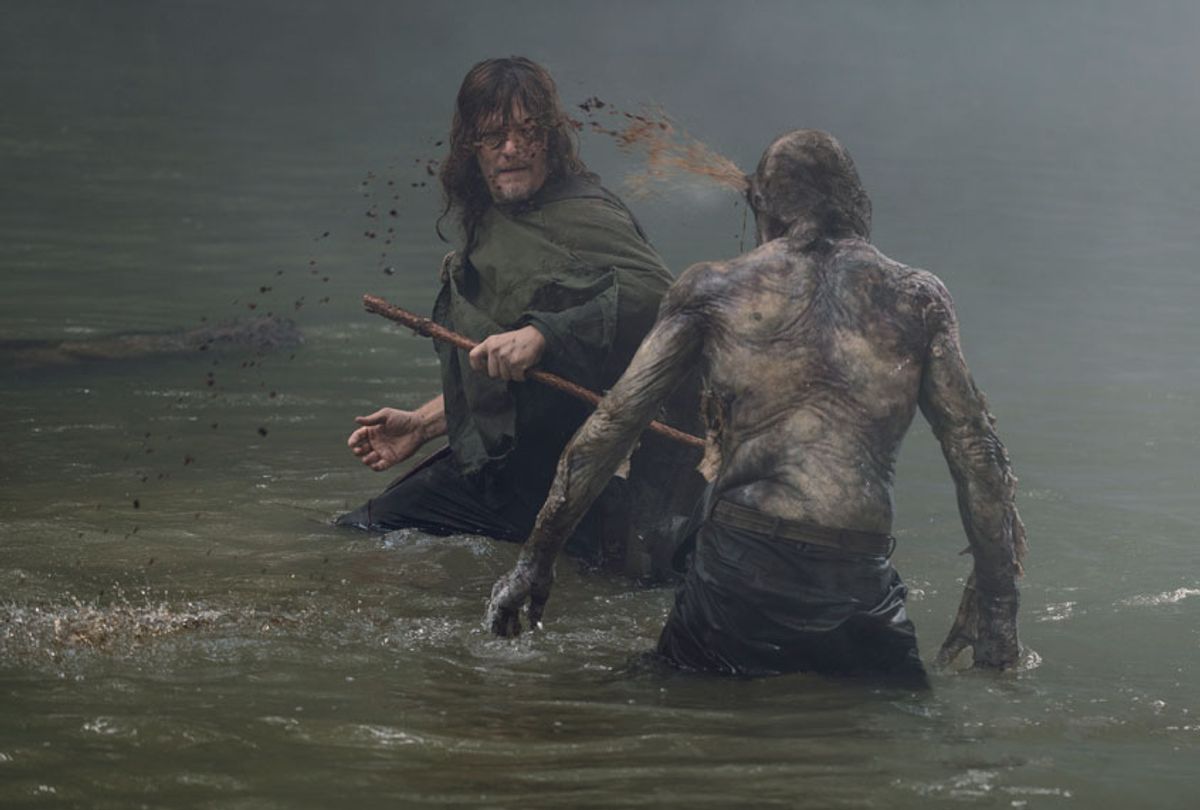 AMC is the latest major entertainment company to reconsider producing in Georgia in the face of the anti-abortion legislation signed into law in May. Per Forbes, AMC will “reevaluate its activity” in the state should the bill go into effect, which means the long-running hit “The Walking Dead” could look for a new home for the first time in its 10-season run.

Per a statement made by an AMC spokesperson, “If this highly restrictive legislation goes into effect, we will reevaluate our activity in Georgia. Similar bills — some even more restrictive — have passed in multiple states and have been challenged. This is likely to be a long and complicated fight and we are watching it all very closely.”

The statement refers to the so-called Heartbeat Bill signed by Georgia’s Republican governor Brian Kemp on May 7, which bans abortion after a doctor can detect a fetal heartbeat — about six weeks into a pregnancy, before many women know they are actually pregnant. The bill is due to take effect January 1, if it outlasts expected court challenges.

Georgia has been the primary shooting location for “The Walking Dead” since Season 1, but it’s not just the current ratings juggernaut that”s important to the state. Former series lead Andrew Lincoln is set to star in a series of films set in the “The Walking Dead” universe, and future spinoffs could also be shot in the state. Though overseas locations have been considered to better accommodate the U.K.-based Lincoln, the developments in Georgia only further discourage AMC from returning to the series’ first home.

Meanwhile, the upcoming third entry in the franchise — an untitled spinoff, announced in April and slated to begin production this summer — was always planned to film in Virginia. “Fear the Walking Dead,” which is about to start its fifth season, has shot in Canada, Mexica, California, and Texas.

The sheer number of Hollywood companies to express disapproval of the proposed legislation continues to grow, if not their actual commitments. AMC joins Netflix, Disney, WarnerMedia, NBC, CBS, Viacom, and Sony as entertainment companies that have announced hesitancy toward keeping their productions in the state should the bill take effect, though none have begun pulling productions from Georgia or committed to start doing so until the courts have rendered a final ruling.