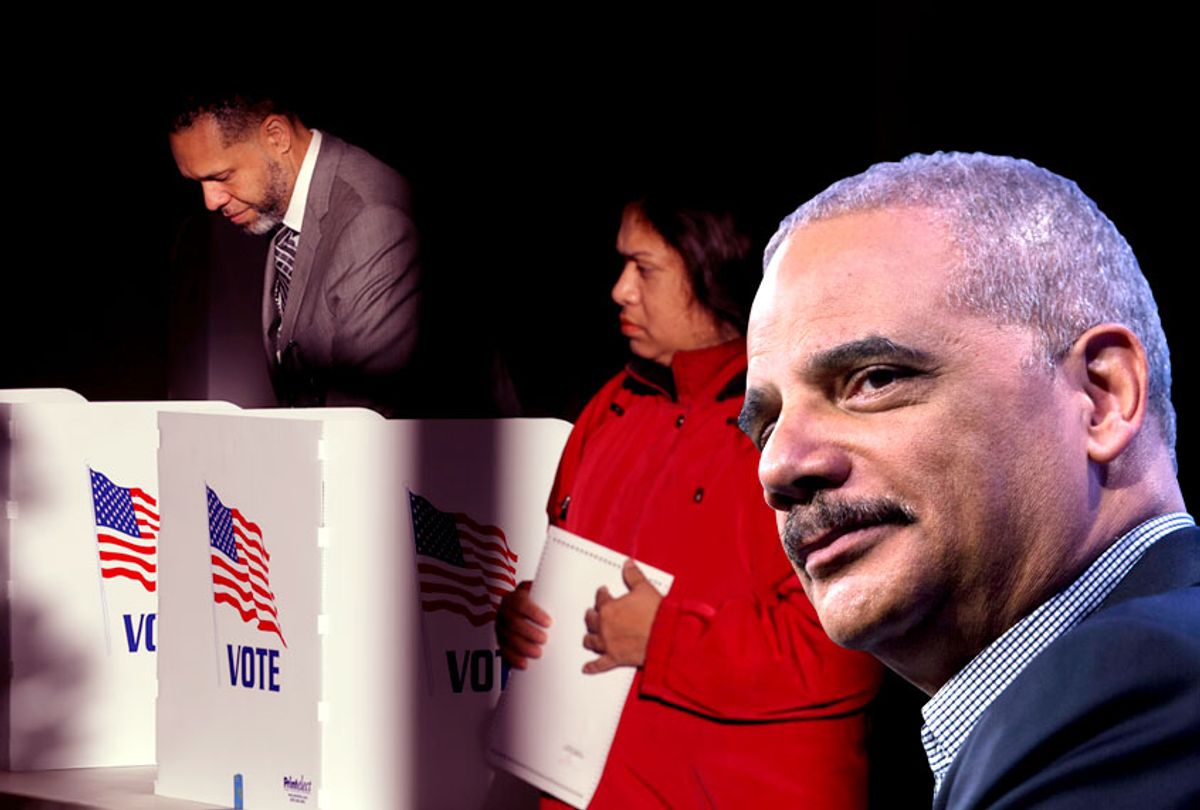 Jim Crow is still a thing — if not in law than in spirit in many places.

Mississippi has the largest population of African American voters in the nation, yet no African American has won statewide office in more than 130 years. A newly filed federal lawsuit alleges that is because of election rules from the state’s 1890 constitution that were conceived during the racist backlash to the Civil War and Reconstruction, in a period when black people represented the majority of the state’s population.

White politicians in the South sought to suppress the black voting power that emerged during Reconstruction with racially discriminatory laws, albeit less overtly racist than those that existed before the Civil War. Many of the Jim Crow laws written into the new constitution Mississippi passed after Reconstruction have long since been struck down by courts, but one law still on the books effectively makes it harder for African Americans and Democrats to win elections statewide.

Mississippi might be the most racially polarized state in the nation. The state is about 58% white and 37% African-American. So even while Mississippi's black population votes overwhelmingly Democrat, in a state where Democrats struggle to get even 15% of the white vote, it’s all but impossible for a Democrat to win statewide. That's because Mississippi is the only state in the nation where candidates for statewide office must win a majority of the state popular vote and a majority of the House districts in the state. Mississippi’s African-American voters are heavily concentrated in 42 counties, while a majority of the state’s 122 counties are majority white and majority Republican so this Jim Crow-era method of electing officials to statewide office “dilutes African American voting strength,” according to the plaintiffs in a new lawsuit.

The federal suit was filed last week by four longtime Mississippi voters in affiliation with former Attorney General Eric Holder’s National Democratic Redistricting Committee. It seeks an injunction in this year’s elections against using what it describes as a “racist electoral scheme.”

“The challenged provisions dilute votes cast by African-Americans and minimize the influence of African-American votes in elections for statewide offices, all of which denies African-Americans an equal opportunity to participate in the political process and elect their preferred candidates,” the complaint states. According to the group of black voters, Mississippi's system both violates the federal Voting Rights Act and perhaps even the Supreme Court's "one person, one vote" jurisprudence, since an equal number of votes won't be cast in each state House district. (The Supreme Court in 1963 struck down Georgia's system of determining statewide primary contests by a county system that gave rural voters excess weight.

Mississippi’s state constitution also gives the state legislature the power to pick a winner in the event that no candidate reaches both the popular vote and electoral vote threshold. That too is a focus of the lawsuit.

“This discriminatory electoral scheme achieved, and continues to achieve, the framers’ goals by tying the statewide-election process to the power structure of the House,” the complaint continues. “So long as white Mississippians controlled the House, they would also control the elections of statewide officials.”

Such was the case in 1999 when the Democratic-controlled House voted along party lines to elect a governor between two white candidates who failed to satisfy both rules after a four-person race split the vote. Coincidentally, that was the last time Democrats controlled the governor’s mansion in the Magnolia State.

But for the first time in more 20 years, Democrats could have a real shot at the governorship — if not for Mississippi’s racist system for electing governors.

Attorney General Jim Hood, the only statewide elected Democrat in Mississippi, has actually led in many of the polls for governor taken so far this year. A proven winner who secured four statewide victories by landslides, Hood’s chances could be hurt by the existing law if he wins the governor’s race closely, as polling indicates, because he would likely end up losing in the Republican-controlled legislature. Furthermore, this race will be more tightly contested than in years past because the winning side takes the upper hand in the state’s redistricting process, set to begin in 2021.

That may explain why national Democrats like Holder, have taken notice of the rule that basically makes it impossible for the opposition party to ever win statewide office.

Democratic Governors Association communication director David Turner said in a statement, "The Mississippi laws are clearly designed to give certain districts a disproportionate influence on the outcome and these vestiges of Jim Crow that attack civil rights have no place in our country today. The DGA sees the race in Mississippi as a big opportunity for a victory regardless of the outcome of this lawsuit."

Whatever the outcome of this lawsuit, or the governor's race in Mississippi, the state's reliance on an outdated system is a reminder that racial bias is stitched into the fabric of practically every part of American culture. Changing this electoral rule is one thing; rooting out the underlying attitudes and assumption that made it possible is quite another.