Is Apple really a privacy-first company? 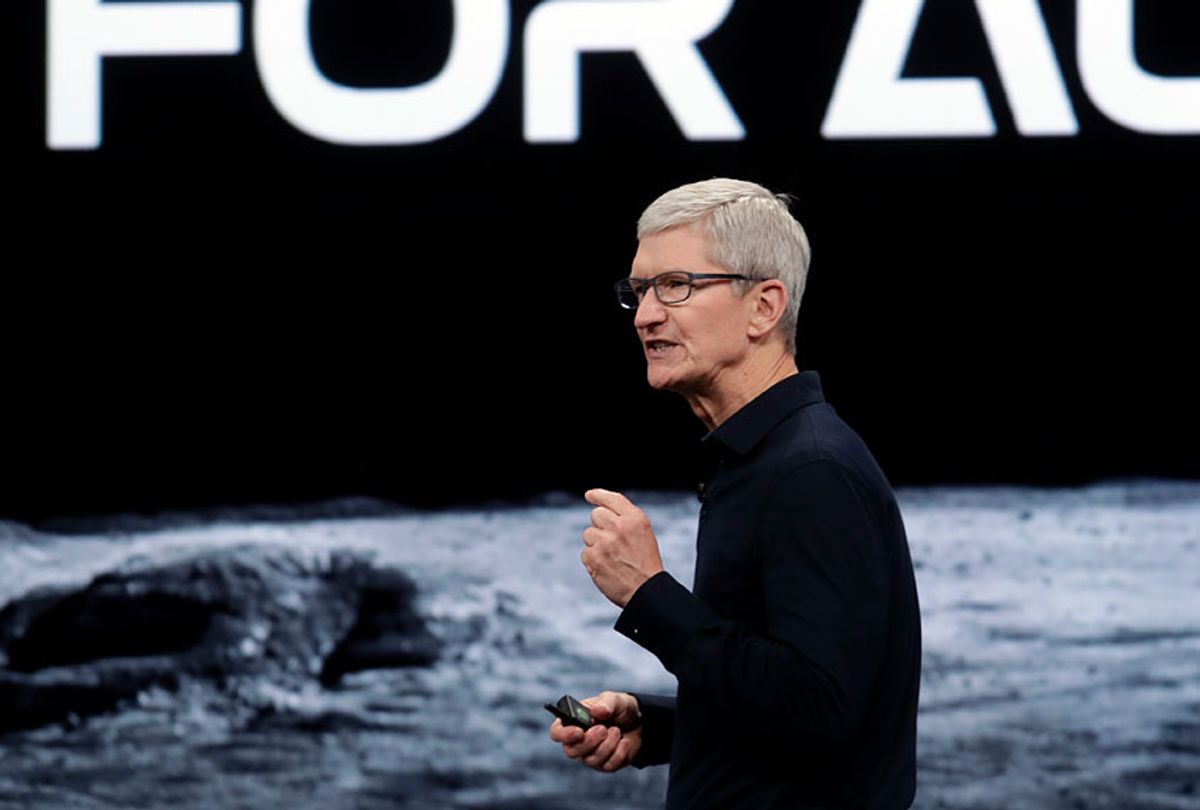 Apple hoped consumers would take away one important message from its annual developer conference on Monday: you control your data when you use Apple products.

At the tech giant's 2019 WWDC [Worldwide Developer's Conference], CEO Tim Cook took the stage and unveiled a new feature called Sign In with Apple, a new device authentication option available for developers to add it to their apps. That feature would allow Apple users to sign in pseudonymously to apps and services using their Apple accounts, similar to how many websites and services let users sign in with their Facebook or Google credentials. Cook said Sign In With Apple differs from Google or Facebook in that it gives users the option to scramble their email address to prevent a third party from stealing it; notably, Facebook and Google generally share user data with their sign-in tools, as they make money primarily from advertising.

Cook also announced that after the release of the next iteration of their mobile operating system, known as iOS 13, any app that offers the option to sign in with Google or Facebook will also be required to offer Sign in with Apple.

This announcement is one of the few that show how the company is doubling-down on consumer privacy as a business strategy.

"In 2019, it's time to stand up for the right to privacy — yours, mine, all of ours," Cook wrote in an op-ed for Time Magazine earlier this year. "Consumers shouldn't have to tolerate another year of companies irresponsibly amassing huge user profiles, data breaches that seem out of control and the vanishing ability to control our own digital lives."

Yet some data privacy experts wonder if Apple can truly be a privacy-first company. Last week, a Wall Street Journal investigation found that 79 apps featured on Apple's App Store use third-party data trackers without clearly communicating to consumers what is being tracked. The Washington Post also recently found disappointing flaws in how Apple turns a blind eye to what apps do with consumer data.

Dennis Hirsch, a Professor of Law and Director of the Program on Data and Governance at The Ohio State University Moritz College of Law and research fellow at The Risk Institute at Ohio State, tells Salon he sees parallels to when big corporations made a push to make green products, and marketed them as so to win trust from consumers.

"I would compare this to something that we saw a decade or two ago, " he said. "And I think this is a welcome development where companies are starting to appreciate they can compete with each other with privacy."

Hirsch added that there is a "narrow scope" to privacy promises.

"Apple is making a move, and that is good, but the threats go beyond privacy," he said, adding that when data is used to inform employment decisions, insurance decisions, and lending decisions, it can create unjust circumstances for consumers.

"What limits will they commit to with respect to secondary use of personal information?" Hirsch asked.

Dave Hatter, a security consultant, told Salon he agrees Apple is taking the right steps, but could see how private health information — which Apple seems to be focusing on more, too — could put consumers at risk if it were to leak out or be harvested by third parties. (Apple says personal health data is protected by various encryption and anonymization techniques.) One example, Hatter said, is step-tracking; if a health insurance company got ahold of that information, they could charge more to consumers who were not very active.

Apple promises to not share or use health data for those purposes, but in a business world built on the competitive advantage of amassing large sets of consumer data, one can't help but wonder if Apple may occasionally get sloppy. The company was panned for its reaction to a leak of photos from numerous celebrities' phones in 2014; that leak likely happened due to brute force attempts to crack those users' Apple accounts.

Ben Fielding, co-Founder and CEO of a personal data transparency company called Fair Custodian, told Salon over email Apple's focus on privacy seems genuine, but it comes with a "pretty hefty price tag" for the company.

"Whilst users who are in the Apple ecosystem can benefit from these tools, the rest of us are left without,"  Fielding said. "This is particularly antithetical to Tim Cook's previous statement that privacy is a fundamental human right."

"Apple may convince some of their users that they're a privacy focused company but there's a huge market out there that they aren't addressing, and it's hypocritical of them to ignore it," Fielding added.