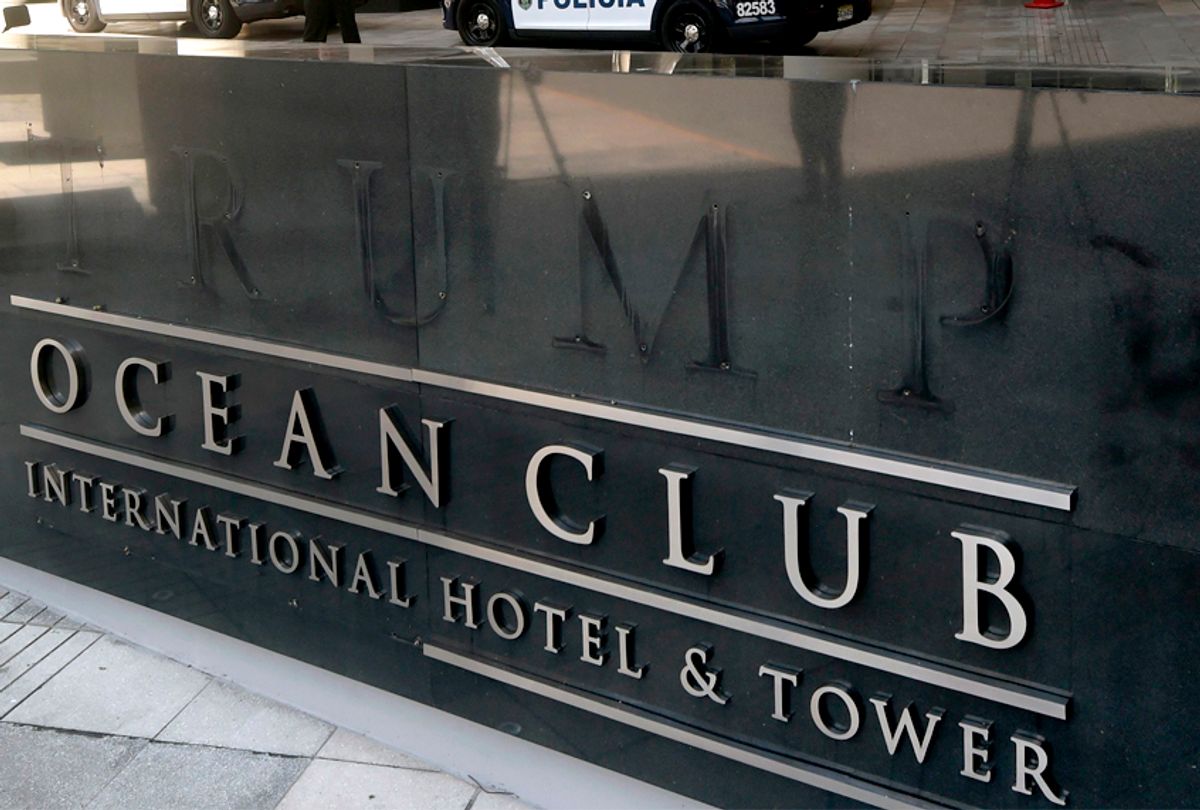 View of the hotel sign after the Trump letters were removed from outside the hotel in Panama City on March 5, 2018. (Getty/Rodrigo Arangua)
--

The filing came in a legal battle between Fintiklis, who last year staged a coup to force the Trump Organization out of its management role at the hotel, and the president’s company. Both are suing each other for breaching their previous contract after a Panamanian judge ruled in favor of Fintiklis.

Fintiklis told a federal court in New York Monday that he discovered financial records after booting Trump employees from the hotel and found that the Trump Organization had failed to pay the required 12.5 percent tax on management fees it collected. The filing also said that the Trump Organization avoided more taxes by underreporting how much it paid hotel employees. Fintiklis said that Panamanian officials had audited the records and “identified the failure to withhold and pay income taxes relating to Trump’s management fees.”

“Had Trump been honest ... about its failure to pay taxes on the management fees it earned and its failure to properly report employee salaries to Panama’s social security agency,” Fintiklis wrote, his company never would have purchased his share of the hotel in 2017.

He also alleged that the Trump Organization lied to him before he purchased the hotel, assuring him that it was outperforming the Panama City luxury hotel market when in fact, he said, it was falling to the bottom of the industry.

But Fintiklis argued that the Trump Organization knew it was supposed to withhold a percentage of its management fees and pay them to the government, but instead “intentionally evad[ed] taxes.”

Fintiklis is seeking $17 million in damages from the Trump Organization, accusing it of mismanaging the hotel and leaving it “virtually empty” and in disrepair for years, ProPublica reported.

Fintiklis’ claims about the Trump Organization' false statements about the financial state of the hotel — some of which were made by Trump’s children — is among numerous allegations that the company misled investors.

A 2018 ProPublica investigation into more than a dozen Trump Organization deals found “patterns of deceptive practices” and claims that misled investors and buyers.

Ivanka Trump gave false sales figures about the Panama City hotel as well as Trump properties in Mexico, Toronto and New York, according to the report, while President Trump himself misled buyers about the “amount or existence” of his ownership in projects he actually held no ownership stake in.

A Panamanian judge ultimately booted the Trump Organization from the Panama hotel. After Fintiklis wrested away control of the hotel, Trump’s company unsuccessfully tried to reach out to Panamanian President Juan Carlos Varela to intervene. That didn’t work. The hotel is now a Marriott.