Are you a right-wing extremist? This quiz may help — and you've got company

British military has a quiz for identifying dangerous right-wingers. Trump and other world leaders would fail 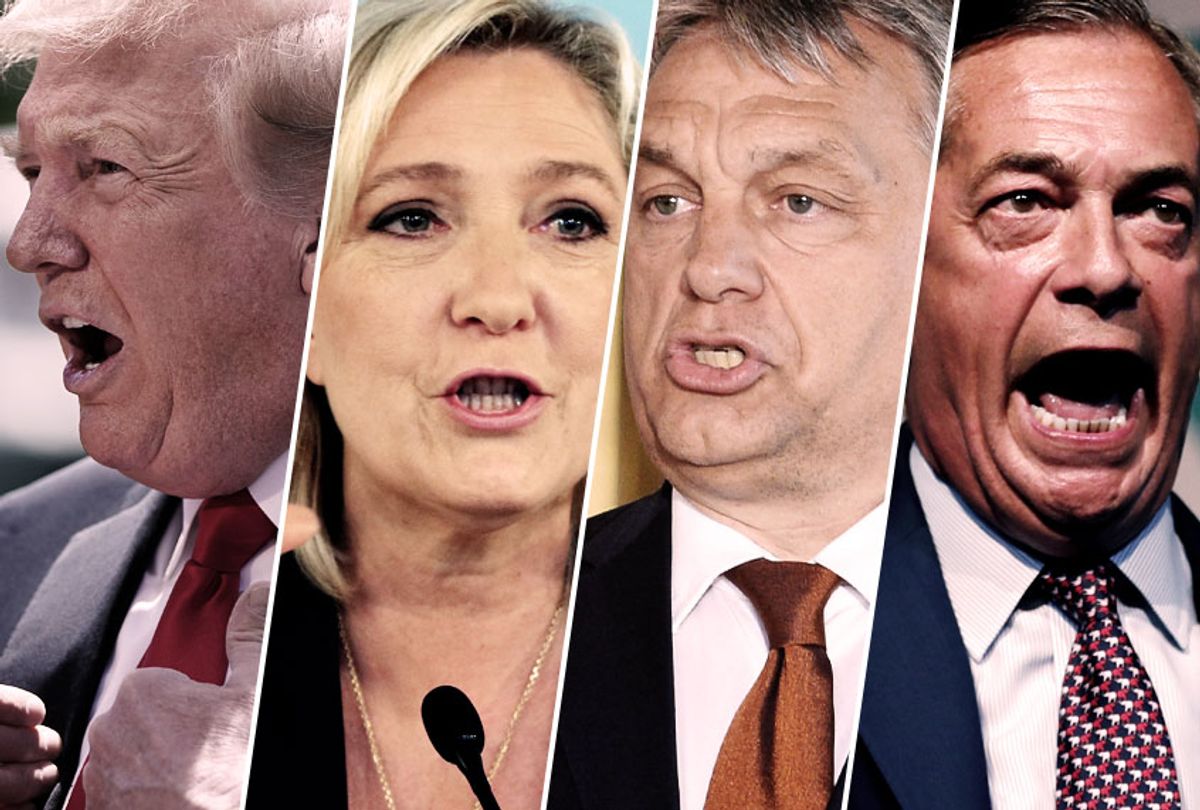 On one extreme of the global right-wing movement are terrorists and other evildoers such as the Nazis or white supremacists who recently attacked mosques and synagogues in New Zealand, Pittsburgh and Southern California. On the other extreme are "respectable" right-wing politicians who use normal politics to take power. In the middle of this continuum are many millions of people who are either active members of the New Right or are sympathetic to its goals and aims.

In total, right-wing extremism is a multi-spectrum threat which extends from the president of the United States all the way down to street hooligans.

In an op-ed for the Guardian, London mayor Sadiq Khan describes this moment:

Donald Trump is just one of the most egregious examples of a growing global threat. The far right is on the rise around the world, threatening our hard-won rights and freedoms and the values that have defined our liberal, democratic societies for more than seventy years. Viktor Orbán in Hungary, Matteo Salvini in Italy, Marine Le Pen in France and Nigel Farage here in the UK are using the same divisive tropes of the fascists of the 20th century to garner support, but are using new sinister methods to deliver their message. And they are gaining ground and winning power and influence in places that would have been unthinkable just a few years ago.

They are intentionally pitting their own citizens against one another, regardless of the horrific impact in our communities. They are picking on minority groups and the marginalised to manufacture an enemy — and encouraging others to do the same. And they are constructing lies to stoke up fear and to attack the fundamental pillars of a healthy democracy — equality under the law, the freedom of the press and an independent justice system. Trump is seen as a figurehead of this global far-right movement. Through his words and actions, he has given comfort to far-right political leaders, and it’s no coincidence that his former campaign manager, Steve Bannon, has been touring the world, spreading hateful views and bolstering the far right wherever he goes.

In response to several high profile incidents involving Nazis among its ranks, the British Ministry of Defense in conjunction with the British Army developed a chart to help officers identify right-wing extremists.

This chart, "Extreme Right Wing (XRW) Indicators & Warnings," was developed in 2017 and circulated as a leaflet for officers in the British military. Its existence became public last week when a copy appeared on right-wing websites. The British Ministry of Defense has confirmed the authenticity of the chart.

The XRW chart contains 20 examples of behavior which could indicate right-wing extremist values and suggest that a person is being radicalized into joining that dangerous movement.

Some of these warnings are:

Donald Trump, the Republican Party's elected officials and many of the leading voices in the right-wing media, as well as rank-and-file conservatives and other Trump supporters, meet many if not most of those criteria.

In a mix of mockery and concern, the usual right-wing voices are objecting that the XRW) chart is too broad and somehow "unfair," and stands as further proof of a conspiracy against "conservatives."

These objections fail in a number of ways.

The facts: the British Ministry of Defense chart is an accurate description of the individual behavior and collective worldview of today's right-wing extremists.

The New Right and its defenders are operating from a broken logic where everyone's sin is somehow no one's sin. In reality, the increasing prominence of right-wing extremism is simply a symptom of much larger social and political problems in the United States, Europe and elsewhere. Ultimately, the apparent popularity of an idea or thing in politics or other areas of life does not indicate its merit.

One must also be cautious in these discussions of "right-wing extremism": This language can disguise how common and  increasingly "normal" such toxic values have become in the United States and elsewhere.

This is a function of what historian Nancy MacLean details in her book "Democracy in Chains": The American right has successfully executed a long-term plan to drag the country farther to the right, with the goal of undermining and eventually ending its multiracial democracy. This corruption of democracy is in many ways most effective when it is done gradually. In this way right-wing extremism becomes the norm, a cancer in the body politic that metastasizes to a point where it becomes fatal to democracy.

"History doesn't repeat itself, but it often rhymes." History often does this in an upside-down, cruel fashion. This week Donald Trump is touring Britain and Europe on the 75th anniversary of the American-led Allied landings of D-Day. This is the president who has abdicated American global leadership, harmed longstanding alliances, and given aid and comfort to the descendants of Nazism and other authoritarians around the world.

America, which was once celebrated as the world's greatest democracy, has now slumped toward fascism. During World War II and then the Cold War, the United States helped to save Europe and the world from fascism and authoritarianism. Perhaps it is now time for America's allies to reciprocate by helping to save American democracy from Donald Trump and all that he represents.