How "electable" is this guy? Joe Biden's latest abortion gaffe points to a major liability 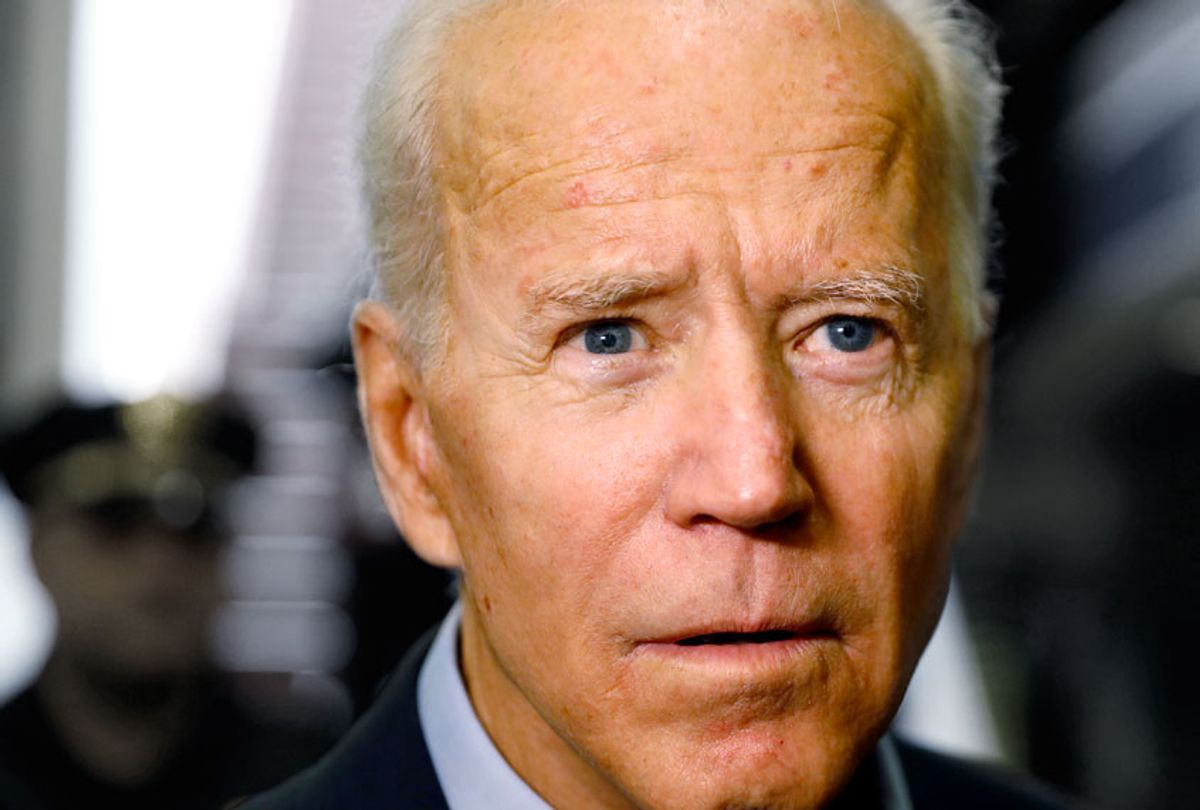 With Joe Biden far and away the current frontrunner in Democratic primary polling, the many, many other candidates are looking to find some way to tarnish the shine that Biden gets from having been vice president to the beloved Barack Obama. But they want to do it without getting nasty or going unduly negative, a notorious turn-off for most Democratic voters.

Biden has a long history of being relatively conservative, and sometimes reactionary, on issues ranging from race relations to economic justice for middle-class Americans to the failed war on drugs. But criticizing him on these issues can be difficult for his opponents. In some cases, the issues are too narrow or wonky, and in other cases, Biden's failures reflect poorly on the entire Democratic Party in a way that most candidates, except perhaps Bernie Sanders, don't wish to dwell on when talking to voters.

This week, however, a real vulnerability for Biden — and a real opportunity for his Democratic opponents — opened up: His conservative position on the Hyde Amendment. That's a budgetary provision that has been routinely renewed by Congress ever since it was first passed in 1976, which bars federal funds from covering abortion. This effectively blocks not only Medicaid patients but federal employees and people serving in the military from having abortions covered in the same way that people who have private insurance plans are covered.

In effect, the Hyde Amendment has made sure that abortion is more expensive for those who are least able to afford it. Feminist activists have opposed the amendment for decades, but its deep unfairness finally became important to Democratic voters in 2016, when Hillary Clinton made repeal of the Hyde Amendment a major campaign issue. Now nearly all the Democatic presidential candidates, including all of those who are polling well enough to be a legitimate threat to Biden, stand for repealing it.

Biden, however, stands alone. His campaign confirmed this week to reporters that Biden has not backed off his long-standing support of the Hyde Amendment. This comes after an ACLU activist managed to corner Biden last month and ask him, on video, about the amendment while specifically mentioning that it "hurts poor women and women of color." Biden, clearly not wishing to go on record supporting the hurting of poor women and women of color — or, potentially, simply not remembering what the Hyde Amendment was — appeared to agree with her, saying, "It can't stay."

But now the former veep has backtracked, recommitting to this law that researchers have shown is devastating to the most vulnerable women and girls in the country, including minors and women with disabilities. Other candidates are pouncing. Bill de Blasio, Kirsten Gillibrand, Kamala Harris, Bernie Sanders and Cory Booker all made a point of reiterating their desire to repeal the Hyde Amendment, within hours of the Biden campaign affirming that he still supports it.

"Yes," she answered, noting that women "of means" can always get abortions while restrictions like the Hyde Amendment only serve to undermine access for "women who can't afford to take off three days from work" and "very young women."

That the Hyde Amendment, likely an obscure issue to most voters, would become so prominent so quickly is, at first blush, an odd development. But it's working for the non-Biden candidates because it highlights two of Biden's biggest weaknesses going into the Democratic primary campaign: His economic conservatism and his unsettling history of being on the wrong side of what are commonly known as "women's issues."

Biden's long-standing and cozy relationship to the banking industry — which led him to push for a bankruptcy law that resulted in widespread economic devastation for huge numbers of people, many who were in debt because of medical emergencies — is a good example of how he's out of step with most Americans on economic issues. But that's a wonky, complex problem to explain, even for a policy maven like Warren, which makes it difficult for Biden's opponents to weaponize against him in the tweet-driven pre-debate campaign season. But the unfairness of making poor women pay more than well-off women for abortions is a soundbite-friendly description that neatly illustrates Biden's troubling history of supporting wealthy interests at the expense of working people.

Even more important, Biden's support of the Hyde Amendment feeds into what may be the most potent source of intractable opposition to him inside the Democratic coalition: Feminists don't like him very much. Biden's mistreatment of Anita Hill during the 1991 confirmation hearings for Clarence Thomas — when Biden chaired the Senate Judiciary Committee — has been the source of a long-standing grudge for feminists, only made worse by his refusal to apologize for it. Biden's obvious contempt for those who have criticized him for his handsy behavior is another sore spot, particularly in the era of #MeToo and heightened sensitivity to issues of sexual harassment.

Worse yet, Biden has a long history of siding with anti-choice forces on restrictions to reproductive freedom, which will absolutely be used against him, if he's the Democratic nominee, by Republicans running a "both sides do it" campaign to drive down Democratic turnout in 2020.

Biden was openly anti-abortion in the 1970s, telling a reporter, in a quote that will be hauled out repeatedly by Trump supporters if Biden is the nominee, that he didn't care for the Roe v. Wade decision: "I don’t think that a woman has the sole right to say what should happen to her body."

As a senator in the '80s, Biden continued to be anti-choice, supporting an effort to amend the Constitution to allow states to ban abortion.

Since then Biden has, however reluctantly, reconciled himself with the Democratic Party's pro-choice stance. But his impulsive desire to side with misogynists over feminists continued to be a problem well into the Obama administration. As Ryan Grim of the Intercept reminded readers on Wednesday, Biden broke his back trying to discourage Obama from implementing a provision in the Affordable Care Act that classified contraception as preventative care, making it available to patients without a co-pay. Biden vigorously argued that voters would somehow be more attached to Catholic prohibitions on contraception use than to their own desire for affordable birth control. He dismissed experts like Cecile Richards of Planned Parenthood who had polling data showing that insurance coverage of contraception was widely popular.

While Biden was correct to predict that there would be attacks on the ACA provision under the guise of "religious liberty," those have come exclusively from the hard-line religious right, which was never going to vote for Democrats in the first place. The majority of voters, 71% in the most recent poll, support the mandate, which makes sense: Birth control is nearly universal among Americans, and 99% of American women who have ever had sexual intercourse have used it at some point. (Sex is also really popular, by the way: About 99% of Americans engage in it by their 40s.)

With states like Alabama and Mississippi passing laws designed to get the Supreme Court to overturn Roe v. Wade, reproductive rights will be a major issue in the campaign through November 2020. CNN found that three in 10 Americans consider abortion to be a litmus test, insisting that a candidate must agree with them on the issue in order to win their vote. The issue is even more important to women of color and women who say they are independent voters, two critical constituencies for the Democratic nominee if there's any hope of beating Trump in 2020.

Support for abortion rights is stronger than ever, with 71% of all voters, including 52% of Republicans saying they want Roe v. Wade to stay where it is. Biden's ambivalence toward reproductive freedom and women's rights, which has often verged on hostility, is the cleanest, most obvious trait that helps his Democratic opponents paint him as outdated and out-of-touch, and therefore not the "electable" candidate he portrays himself as during his rare public appearances.

Will it work? In the past, it's been a struggle to keep reproductive rights at the forefront of any presidential campaign, which was a major source of frustration for Clinton in 2016. But with the threat of Roe being overturned, it's likely that the upcoming Democratic primary debates, which begin later this month, will feature a number of questions about the issue. That will put Joe Biden on the defensive and give other candidates an edge in appealing to a voting base that is strongly, increasingly and unapologetically pro-choice.