ICE unsure how many veterans it deported over the last 5 years, watchdog finds 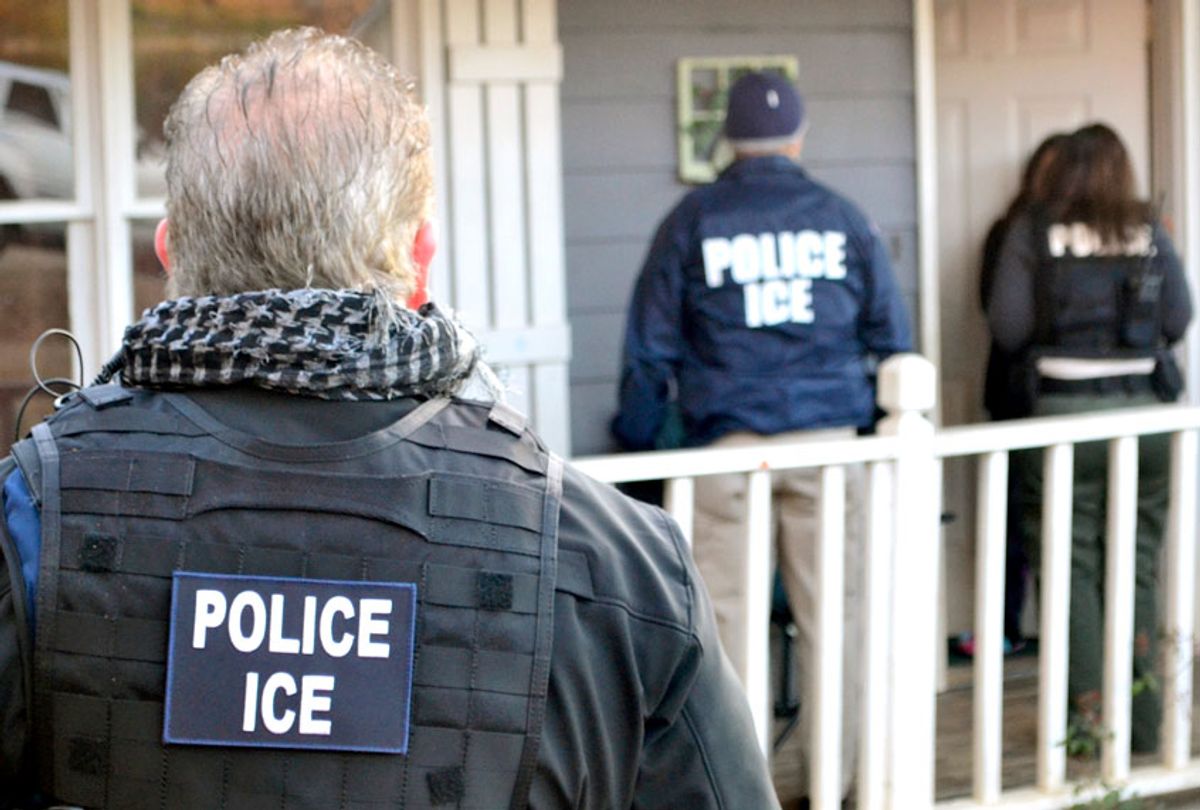 U.S. Immigration and Customs Enforcement (ICE) agency does not know exactly how many noncitizen veterans it deported over the last five years, according to a report by a federal watchdog group.

A new report released Thursday, conducted by the Government Accountability Office (GAO), concluded the law enforcement agency "does not consistently adhere" to its own policies for handling deportation cases concerning veterans who may be subject to deportation. It also found ICE does not maintain complete data tracking how many of these individuals were removed from the country from 2013 to 2018.

"ICE has not developed a policy to identify and document all military veterans it encounters during interviews, and in cases when agents and officers do learn they have encountered a veteran, ICE does not maintain complete electronic data," the report notes. "Therefore, ICE does not have reasonable assurance that it is consistently implementing its policies for handling veterans' cases."

The watchdog group recommended that ICE make changes to implement or revise its current policies consistently, collect and maintain an electronic database of veterans in deportation proceedings and take steps to ensure agents and officers are properly identifying and documenting when a noncitizen they encounter is a veteran.

ICE agents and officers are required to conduct additional assessments when they have encountered a veteran who they believe may be deportable, according to the report. The policies are set in place to "better ensure that veterans receive appropriate levels of review before they are placed in removal proceedings," the watchdog noted.

"Because ICE did not consistently follow these policies, some veterans who were removed may not have received the level of review and approval that ICE has determined is appropriate for cases involving veterans," the report says.

The GAO analysis also revealed that of the  90 veterans who were deported from 2013 to 2018, agents failed to get the required management approval in 21 percent of their cases and did not elevate to headquarters 70 percent of the cases that required further review and approval.

In December 2018, ICE officials with Homeland Security Investigations (HSI), a law enforcement arm of ICE, told the GAO they had not been adhering to the two policies for handling cases, “because they were unaware of the policies prior to [the] review." The two requirements were established in 2004 and 2015.

"Without developing and implementing a new policy or revising its 2004 and 2015 policies to require agents and officers to ask about and document veteran status, ICE has no way of knowing whether it has identified all of the veterans it has encountered," the watchdog wrote.

The report's findings have angered Rep. Mark Takano, D-Calif., the chairman of the House Veterans' Affairs Committee, who penned a letter Thursday to acting ICE Director Mark Morgan, asking him how the agency plans to make changes based on the report's findings.

"We cannot allow noncitizen veterans to fall through the cracks of our broken immigration system," Takano said. "Deporting veterans represents a failure by our government that could have been prevented if ICE officials had been adhering to agency policies."

"This level of carelessness and disregard for official procedures is negligent and unacceptable. Although we do not know the exact number of deported veterans, we do know that one deported veteran is one too many. It's one more veteran who does not have access to the benefits and care they earned and who has been removed from the country they fought for," he added.