Trump has often used word "nasty" to deride women who criticize him, including Hillary Clinton and Kamala Harris 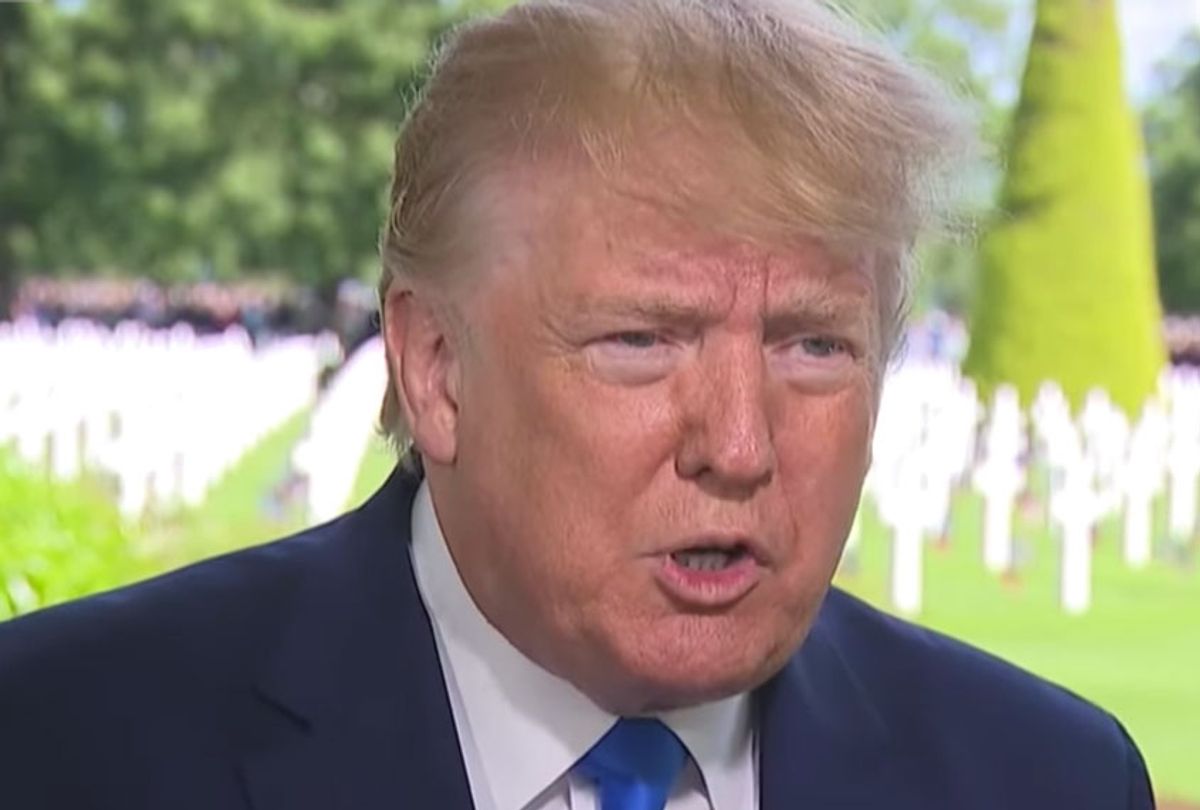 President Donald Trump lashed out at House Speaker Nancy Pelosi, D-Calif., on Thursday, calling her a "nasty, vindictive, horrible person" in his first public comments after she reportedly said she wanted to see him "in prison" instead of impeached.

"I think she's a disgrace," Trump told Fox News host Laura Ingraham. "I actually don't think she's a talented person. I've tried to be nice to her, because I would have liked to have gotten some deals done. She's incapable of doing deals. She's a nasty, vindictive, horrible person."

"Nancy Pelosi is a disaster, OK? She's a disaster. Let her do what she wants," he continued. "You know what? I think they're in big trouble."

Trump has frequently used the word "nasty" to disparage women who criticize him, including Hillary Clinton and Sens. Kamala Harris of California and Elizabeth Warren of Massachusetts. He most recently used the term to deride Meghan Markle, the Duchess of Sussex.

"I didn't know she was nasty," Trump said when asked by a British reporter about comments Markle allegedly made about him during the 2016 presidential election cycle. He later attempted to clarify his remark, claiming he meant to say she was saying nasty things about him — not that she herself was nasty.

Thursday was the first time Trump was asked about Pelosi's reported remark. He has been on an overseas trip visiting world leaders in the United Kingdom, Ireland and France.

The feud between Trump and Pelosi has appeared to intensify since the release of special counsel Robert Mueller's report detailing his nearly two-year investigation into Russian election interference in the 2016 election, alleged ties between the Trump campaign and Moscow and whether the president obstructed justice .

Mueller wrapped up his nearly two-year investigation in late March, and did not find that Trump's campaign and Russia colluded to influence the outcome of the 2016 election. The special did not reach a conclusion on whether the president had attempted to obstruct justice, but he did not exonerate him. Mueller detailed at least ten instances of possible obstruction by Trump in his report.

Some Democrats have pointed to Mueller's report as evidence that they should mount a more aggressive stance toward impeachment, while others, Pelosi included, have touted a more cautious approach, arguing that opening an impeachment inquiry could drown the Democratic Party's message and weaken its legislative agenda. Other lawmakers have said they fear impeachment would only embolden Trump and his supporters ahead of next year's election.

In recent weeks, Pelosi has sought to minimize any public notion that there is disagreement within her caucus over impeachment strategy, telling reporters earlier this week that "there is no controversy" between lawmakers over the move.

The California Democrat has long argued that a rush to impeachment does not have public support or strong bipartisan backing, warning that moving forward with proceedings could cost the Democrats the presidency and control of the House of Representatives in 2020. Meanwhile, House Judiciary Committee Chairman Jerry Nadler and other key Democrats, who are currently pursuing a host of investigations against the Trump administration, have declared that impeachment is the only way to get the the White House to cede to their oversight demands.

Calls to open an impeachment inquiry against the president have increased in the past month — especially following Mueller's televised press conference at the Department of Justice in late May, in which he explained why his team of investigators did not bring any criminal charges against Trump.

"If we had confidence that the president clearly did not commit a crime, we would have said so," Mueller said in his public remarks, adding that charging Trump with a crime was "not an option" he could consider due to Justice Department guidelines that prevent a sitting president from being indicted.

Mueller's public remarks — his first and only since he completed his sweeping probe investigation — appeared to add fuel to the Democrats' debate over impeachment, with some lawmakers viewing his comments as a call to action or a green light to launch such an inquiry.