For better, juicier lamb chops, use this marinade

Lamb and peas for date nights in (with yourself) 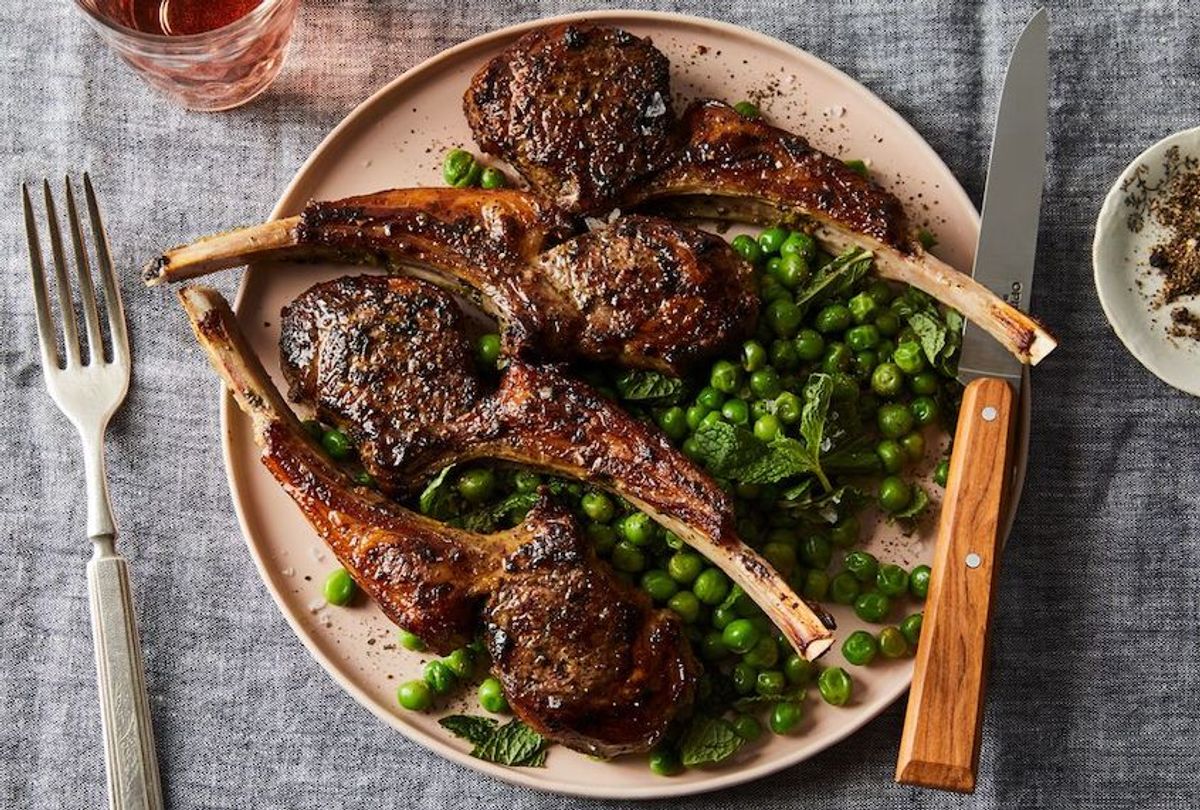 "My dinners at home are startlingly simple," Marilyn Monroe said in a 1952 interview for Pageant Magazine. "Every night, I stop at the market near my hotel and pick up a steak, lamb chops, or some liver, which I broil in the electric oven in my room. I usually eat four or five raw carrots with my meat, and that is all. I must be part rabbit; I never get bored with raw carrots."

Animorphing aside, I identify wholly with Monroe — especially as a solo home cook. Steak is a no-brainer when you're cooking just for one. Liver, though less popular these days, certainly has a special place in my home. (Lightly salted, heavily peppered, and pan-fried in a little garlicky butter? Delicious.)

And lamb chops are my latest obsession. They feel fancy-schmancy, when in reality they're even easier to cook than steak and liver, mostly because they're so little. They take hardly any time at all to come up to temperature in a hot pan (120°F for rare and closer to 145°F for well-done—I prefer the former). Not to mention that lamb, even more than steak, seems somehow more adept at gaining an absolute perfect sear every time, which means you get the best of both worlds: caramelized crust on the outside, juicy rare meat on the inside. Maybe it's the reduced surface area, I don't know, or the fattiness of the cut.

The one thing you do not want to do with lamb chops is overcook them: They lose their flavor and their characteristic tenderness. But if you are, like me, prone to looking away for what you swear will be two seconds but which turns quickly into several minutes, then you might consider insurance. Also known as: a good lamb chop marinade.

A marinade serves as a lamb chop safeguard for a few reasons:

Be who you really are. #MarilynMonroe ?: @samshawphoto

Marinate your lamb chops (I like to do it for an hour minimum, but you could let them sit overnight in the fridge covered), cook them for a couple minutes per side, and enjoy a lovely solo supper lickety-split, just like Monroe—with raw carrots or cooked peas, depending on just how much of a rabbit you are.