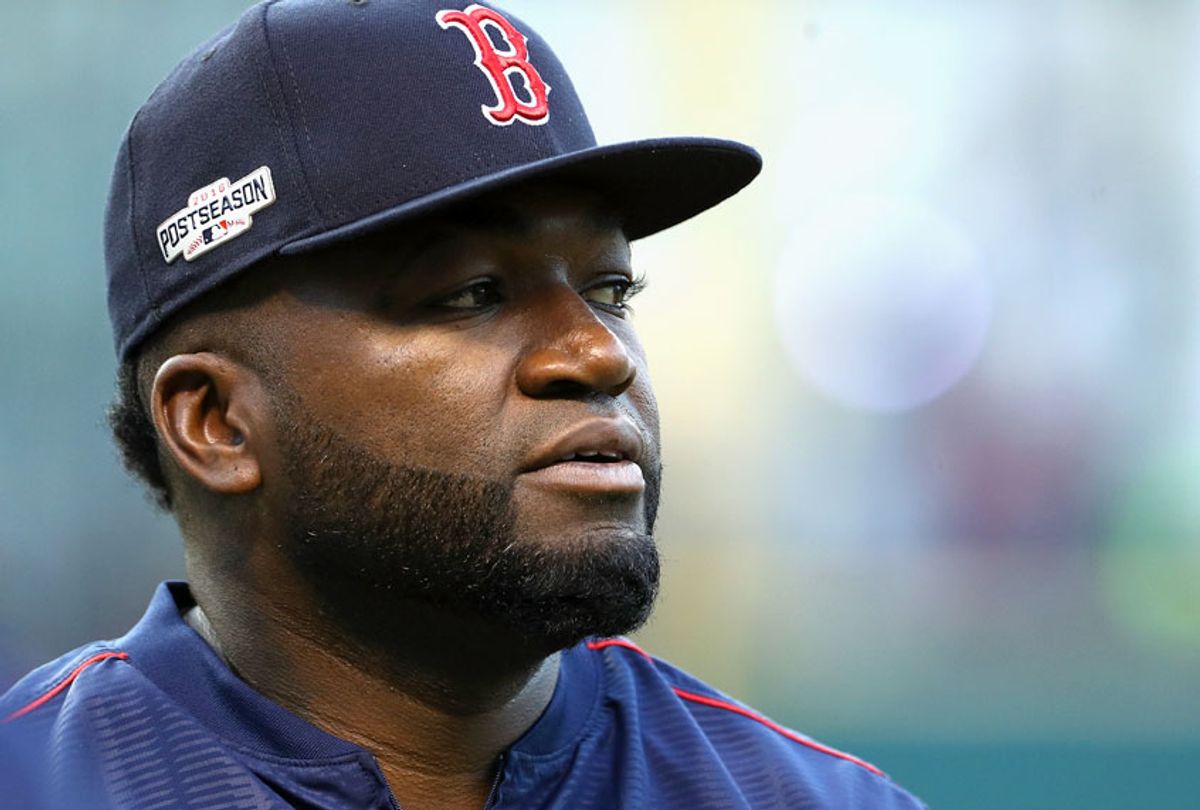 Former Red Sox superstar David Ortiz was shot Sunday at a club in his hometown of Santo Domingo in the Dominican Republic.

According to reports, a motorcyclist fired a gun at Ortiz, 43, while he was sitting at the bar inside of Dial Discotheque, striking him in the back. The bullet exited his stomach and struck another patron. Ortiz’s father addressed reporters after his son’s successful surgery, saying, “He is resting right now. He is stable."

Red Sox fans everywhere are hoping for a speedy recovery for Ortiz, who achieved legendary status with the team after breaking the "Curse of the Bambino." In 2004 he lead them to their first championship since 1918, the year before they traded Babe Ruth to the rival New York Yankees, which begin the curse.

The team released the following statement in a tweet last night:

Ortiz is a real hero. He founded The David Ortiz Children’s Fund, helping to provide access to critical cardiac services for kids in the Dominican Republic and in New England who can't afford the care they need. After a visit to a children’s hospital in 2005, Ortiz was so moved by the young patients that he wanted to play a role and use his resources and platform to give them a better shot at life.

Ortiz clearly loves his home country and interacting with people; not as a celebrity figure, but as a citizen who has earned enough to offer solutions to some of the problems they face. Ortiz's activism stretches far beyond health; he's made positive changes in education and athletics. His shooting comes on the heels of the killing of 33-year-old Los Angeles rapper Ermias Joseph Asghedom, known by his stage name Nipsey Hussle. Like Ortiz, Hussle loved his people and showed it by setting up STEM programs in Compton, buying real estate, starting businesses that employee retiring citizens and investing in the underfunded community he was raised in. The Grammy-nominated rapper was gunned in front of his Marathon Clothing Store in Crenshaw, in the same strip mall where he sold CDs when he first started his rap career.

In Baltimore, former basketball star, coach and Instagram comedian Gerald Brown was gunned down in the same streets where he mentored teens, serving as an advocate for police reform after the death of Freddie Gray. Brown wasn’t a traditional activist and didn't identify as one, but he led protests and used humor that helped heal many in the city. Brown wasn't as rich and famous as Hussle and Ortiz; however, like both of them, he understood the importance of community and how we need to be a part of the change that we want to see.

It’s hard to fight these issues without having a direct connection to the people. As a 30-something, I was raised during an era in which disinvestment in inner cities was common. Lack of opportunity and industry allowed drugs to creep in and basically ripped our neighborhoods to shreds. “You gotta make it out the hood!” was a common theme that my peers grew up on, but we see that making it "out" and fleeing to the 'burbs leaves our people with little or no chances of surviving or experiencing similar success. So, we stay present. But at what cost?

No one deserves to be shot, but how can we hope for change if people are killing the change makers. So far, Gerald Brown is the fifth  person who attended my first book launch to be killed. Since then I’ve attended countless funerals, on top of schools after students have been murdered and community events held in response to shootings, or held where shootings happened. I’m not saying that I’m going to stop going, because I still believe our presence makes it better. But I do understand why people are starting to stay away.

Nobody is trying to die while making a difference. I’ll never understand the logic behind killing the only hope we have.