Confused about religious freedom and LGBT rights? Most Americans are

According to a new PRRI survey, ignorance on these topics transcends political orientation, gender and age 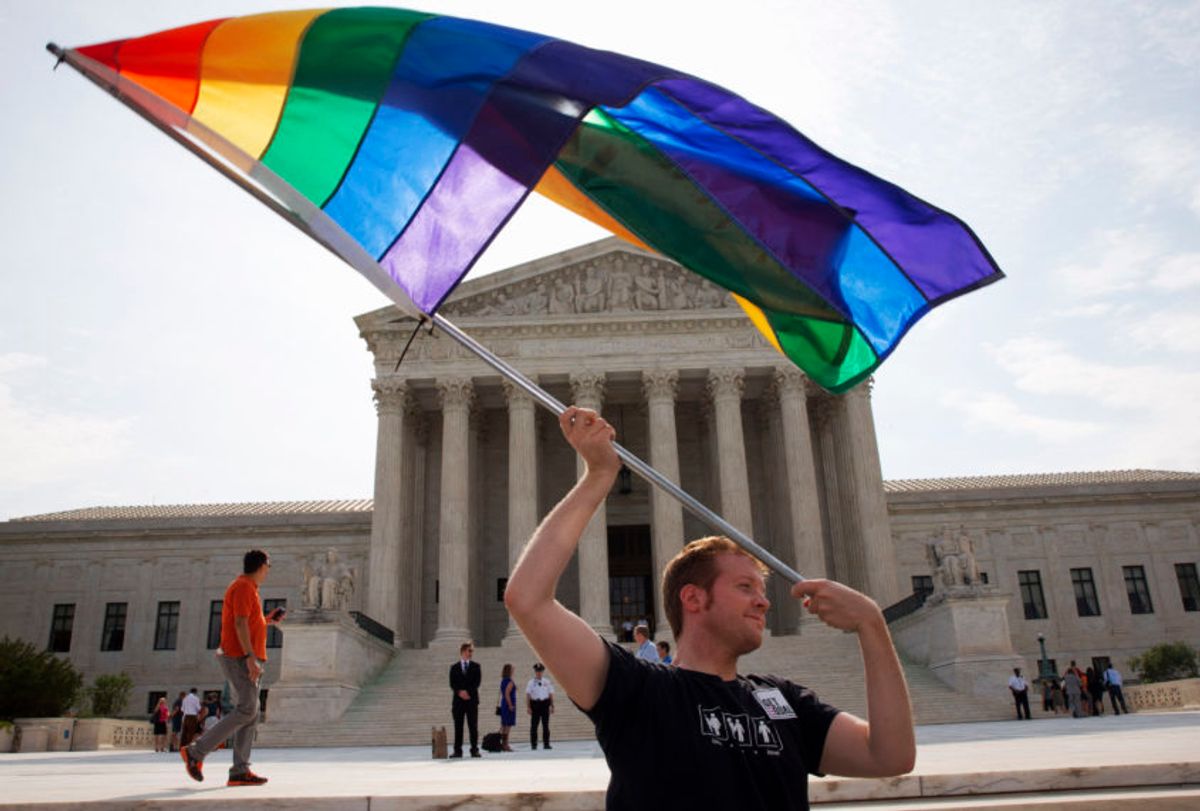 In a June 25, 2015 file photo, John Becker of Silver Spring, Md., waves a rainbow flag in support of gay marriage outside of the Supreme Court in Washington. (AP Photo/Jacquelyn Martin, File)
--

Jenna Reinbold is a PRRI Public Fellow and an associate professor of religion at Colgate University.

The clash between religious freedom and LGBT rights is a key feature of today’s “culture wars,” but it turns out that Americans are deeply confused about what actually happens when these two realms come into conflict. In fact, according to the latest survey conducted by PRRI, Americans are more united in their lack of knowledge about the current state of religious freedom and LGBT protections than they are in their opinions about what should be done to ensure such protections.

Consider one such scenario: Can the U.S. government require a church to perform a wedding for an LGBT couple? Almost half of Americans are either unsure of the answer to this question (11%) or incorrectly convinced that religious organizations can in fact be required to do this (38%). Moreover, American ignorance on this matter transcends political orientation, gender and age — typically some of the most significant markers of disagreement in the debate over LGBT rights. In other words, while Democrats and Republicans, men and women, and younger and older Americans differ significantly in their opinions about whether people should be granted religiously-based refusals to serve LGBT people in a variety of contexts, these groups are indistinguishable in their confusion about the legal protections that actually currently exist.

Americans are even more confused when it comes to the question of what legal protections currently exist for LGBT people — and, again, this confusion unites citizens across the usual faultlines of political party, gender and age. For example, large majorities of Americans incorrectly believe that LGBT people are currently protected by federal law from hiring and firing discrimination in the workplace (67%) and from housing discrimination (60%). And, over half of Americans of all political parties, gender, and ages (55%) incorrectly believe that there are federal laws in place to protect LGBT people from being refused products or services from a business.

This widespread confusion about the current state of legal protections for both religious freedom and LGBT rights is something we should all be concerned about, regardless of what we think should be done in these matters. Americans who lack basic knowledge of the current legal landscape are more susceptible to misinformation, and they may also be more prone to demonize citizens with differing political and religious views. For example, in a recent publication, I highlighted the way in which politicians and religious leaders drew upon Americans’ uncertainties about today’s religious freedom landscape during the build-up to the 2016 election to urge conservative Christians not only to vote for Trump but to view Democrats as basically “anti-Christian.” Such arguments are easier to make when nearly half of all Americans are uncertain about even the most straightforward legal protections currently afforded to religious organizations in the realm of same-sex marriage.

It is important to note that Americans are not entirely at fault for today’s confusions. Since the 1990s, the federal government has been at war with itself, and with particular states, over the meaning and proper parameters of religious free exercise. More recently, victories in the realm of LGBT-rights activism — particularly the nationwide legalization of same-sex marriage in 2015 — have increased both the complexity and the hostility of these church-state debates. Even the U.S. Supreme Court, the nation’s highest arbiter of citizens’ constitutional rights, has shown itself to be deeply divided in this particular arena of law.

Though support for LGBT rights is higher than it has ever been, Americans remain deeply confused about the legal mechanisms that currently exist for resolving conflicts between LGBT rights and the right of religious free exercise. Unfortunately, such confusion can exacerbate the political divisions that already exist around this contentious issue. Since lawmakers and judges have been unable — and, in some cases, unwilling — to provide clarity on many of the complex and unsettled questions at the heart of this issue, it is up to Americans of all political orientations to educate themselves about the basics.

Jenna Reinbold is a PRRI Public Fellow and an associate professor of religion at Colgate University.