Donald Trump, "Chernobyl" and the true costs of the climate crisis

HBO's hit miniseries has lessons for those who allow ideology to trump science. Republicans aren't listening 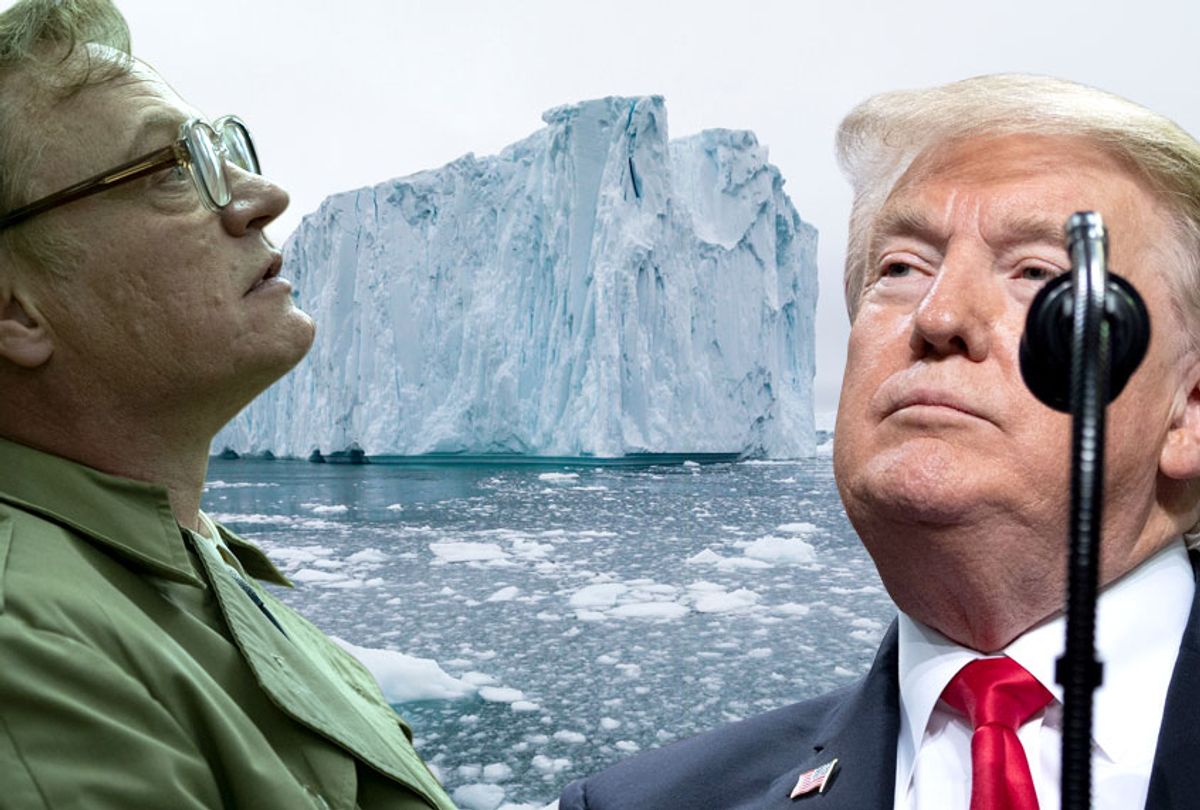 Each lie accrues a debt to the truth, a debt that one day will be repaid — likely with a very steep interest rate.

That is the central theme of HBO's widely praised new miniseries “Chernobyl,” which depicts the cost of political lies through a compelling focus on the human drama set in motion by a nuclear disaster. As with countless others who tuned in to watch the gripping five-part narrative, the exposure of such blatant political failure and crude censorship served to remind me that the age of Donald Trump has inured the nation to the corrosive effects of “alternative facts.”

More than two years after White House senior adviser Kellyanne Conway shocked at least half of the country with her claim that truth cannot be objective, "Chernobyl" made clear just how disastrous the failures of this kind of governance can truly be.

As the miniseries came to a close last week, illustrating how efforts to manipulate science in order to produce a desired outcome destroyed an entire town, I couldn't help but despair at the parallels to the current climate crisis we face and those who refuse to acknowledge it.

President Trump dismissed climate change as a “hoax” on the campaign trail and said the U.S. ranked “among the cleanest climates” while visiting the United Kingdom last week. In reality, the U.S. is the second-largest carbon emitter.

He went on to “both-sides” the issue of climate change in classic fashion, as though some sort of legitimate debate was still happening.

“I believe that there’s a change in weather, and I think it changes both ways,” he said in an interview with Piers Morgan. “Don’t forget it used to be called global warming. That wasn’t working. Then it was called climate change. Now it’s actually called extreme weather, because with extreme weather, you can’t miss.”

Trump’s complaints about the rebranding of climate change, a feat that was actually accomplished by right-wing wordsmith Frank Luntz, followed a speech by his EPA chief that blamed the media for its supposedly alarmist coverage of the issue.

EPA administrator Andrew Wheeler, the former coal lobbyist who replaced the disgraced Scott Pruitt, complained last week that “the media does a disservice to the American public” by focusing on only dire environmental news. He also dismissed the federal government's own study on the impacts of climate change and said he did not necessarily trust the National Climate Assessment's most dire conclusions.

"We need to fix this perception, and we need the help of the press,” Wheeler said at a luncheon at the National Press Club on the same day that the final "Chernobyl" episode aired on HBO.

To that end, the EPA recently got help from an unlikely source: the Energy Department.

In a press release, an Energy Department official touted record natural gas production and said the agency is doing its part to export “molecules of U.S. freedom” to the world.

That same bizarrely cheerful spin in the face of a grim reality was utilized by Secretary of State Mike Pompeo last week as well.

Pompeo dismissed the threats of climate change because there are “always changes” taking place to the climate and said that, as a result, “societies reorganize, we move to different places, we develop technology and innovation.”

Calling the Paris climate accords, from which the Trump administration hastily retreated, “a failure,” Pompeo said the global panic was overblown because the risks of climate change are not so bad. “As for the risks associated with climate change, the climate’s been changing a long time,” the nation’s top diplomat said while traveling in London last week.

“If waters rise — I was just in the Netherlands, all below sea level, right?” Pompeo said. “Living a wonderful, thriving economic situation.” He predicted that “the world will be successful. I’m convinced.”

Last month, Pompeo, who received the largest portion of his campaign contributions from the oil and natural gas industry in his last term as a Republican congressman from Kansas, celebrated  the fact that “steady reductions in sea ice are opening new passageways and new opportunities for trade.”

Aside from cheerful spin, the Trump administration has also used government censorship to suppress research that doesn’t downplay the impact of climate change. That's what happened at one congressional hearing last week.

"Climate change effects could undermine important international systems on which the U.S. is critically dependent, such as trade routes, food and energy supplies, the global economy and domestic stability abroad," Rod Schoonover, a senior State Department analyst focusing on global issues, told members of the House Intelligence Committee. "Most countries, if not all, are already unable to fully respond to the risks posed by climate-linked hazards under present conditions."

Although Schoonover was able to deliver his remarks, the Trump administration refused to approve the testimony for entry into the congressional record because it did not align with White House views. According to the Washington Post, critics of the testimony included William Happer, the senior director of emerging technologies on Trump’s National Security Council, who said of Schoonover's remarks, “I am embarrassed to have this go out on behalf of the executive branch of the federal government.”

Happer, a physics professor and prominent climate science denier who has said more carbon pollution “would be a benefit” to humanity, registered a particular objection to Schoonover’s use of the term “tipping point” to describe this moment before the potentially cataclysmic effects of the climate crisis become irreversible.

“‘Tipping points’ is a propaganda slogan for the scientifically illiterate,” Happer wrote.

It was recently reported that Happer has been tasked with questioning the government’s own scientific findings on climate change, such as the National Climate Assessment released by the Trump administration last fall that determined climate change is already impacting every corner of the U.S.

When Schoonover noted that the data on climate change comes from peer-reviewed journals and government technical agencies such as NASA, the National Oceanic and Atmospheric Administration and the U.S. Geological Survey, Happer responded that “a consensus of peer-reviewed literature has nothing to do with the truth.”

Carbon dioxide levels are at record highs, ocean levels are rising, and the U.S. alone experienced 14 different climate and weather-related disasters in 2018, each costing more than a billion dollars.

As in "Chernobyl," a consensus of scientists has grown increasingly alarmed at the overwhelming evidence that something terrible is happening. But the powers that be would rather pretend otherwise.

A new report by the Breakthrough National Center for Climate Restoration predicts that human civilization could collapse by 2050 if climate change isn’t stopped in time. President Trump has ordered the U.S. Geological Survey's climate prediction models to extend only as far as the year 2040.

"Chernobyl" was a warning about how disaster can strike when a society undermines not only expertise but also the nature of truth itself. Trump and the Republican Party appear determined to ignore the warning. In the end, however, as Valery Legasov says in HBO's memorable miniseries: "The truth does not care about your political party."