Jon Stewart slams Congress over 9/11 victims fund: "You should be ashamed of yourselves"

"They responded in five seconds — they did their jobs. ... Eighteen years later, do yours." 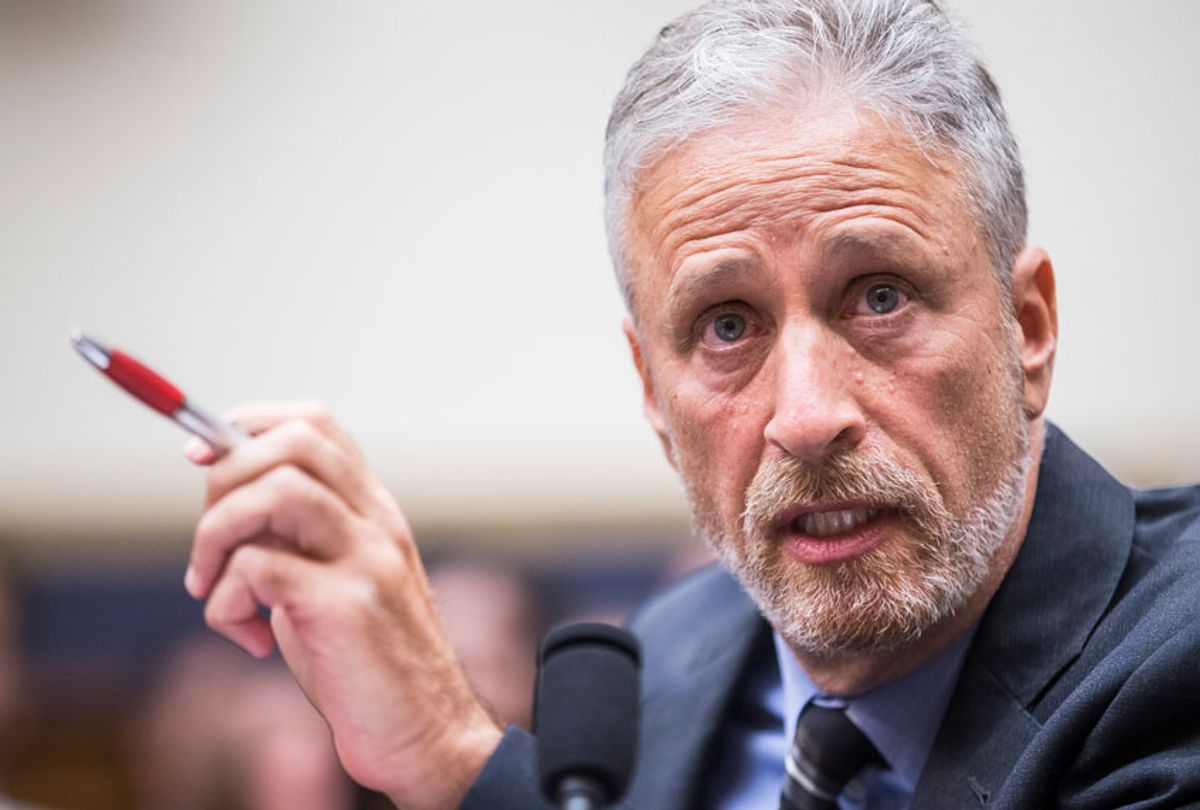 Comedian Jon Stewart took aim at members of Congress on Tuesday when he spoke on Capitol Hill about the need to reauthorize the 9/11 Victim Compensation Fund, a measure created after the terrorist attacks of Sept. 11, 2001 to provide health care benefits to first responders or anyone injured or sickened in the attacks or in the response process.

In an emotional testimony before the House Judiciary Subcommittee on Civil Rights and Civil Liberties, Stewart at times choked up, shouting at lawmakers and calling them "shameful."

"As I sit here today, I can't help but think what an incredible metaphor this room is for the entire process that getting health care and benefits for 9/11 first responders has come to," Stewart said. "Behind me, a filled room of 9/11 first responders, and in front of me, a nearly empty Congress." (About half of the 14-member subcommittee members were present at the hearing, mostly Democrats.)

Sick and dying 9/11 first responders had come to the hearing, Stewart said, while some members of the panel chose not to show up.

Congress passed the James Zadroga 9/11 Health and Compensation Act in 2010 in the face of opposition from some Republicans over its $7.4 billion price tag. The fund was most recently reauthorized in 2015 for 90 years, but a portion of the law — the Victim Compensation Fund — was only funded for five years, through the end of 2020. The fund's leadership said in February it would reduce compensation decisions due to "funding insufficiency."

The fund was created to provide health care and financial assistance to first responders, volunteers and survivors who are now experiencing subsequent health problems, including cancer and respiratory disease, following the 2001 attacks.

"I'm sorry if I sound angry and undiplomatic," said Stewart, the former host of "The Daily Show" on Comedy Central. "But I'm angry and you should be, too."

He lashed out at lawmakers for what he called their "callous indifference" and "rank hypocrisy," campaigning on challenges encountered by first responders and applauding their heroism but refusing to take action in Congress to support them.

Stewart has been championing the Victim Compensation Fund since at least 2010, when he devoted his entire final broadcast of "The Daily Show" to criticizing members of Congress who opposed the Zadroga Act. He's since become one of the most vocal advocates for 9/11 responders, traveling to the nation's capital on several occasions to use his bully pulpit to convince lawmakers to fund the the legislation.

The former late-night host, who at times came close to crying, begged the panel to take this issue seriously.

"They responded in five seconds — they did their jobs. With courage, grace, tenacity, humility," he said, tearing up and dropping his pen onto the desk. "Eighteen years later, do yours."

The first responders behind him jumped to their feet, bursting into sustained applause as some lawmakers clapped slowly from their seats.

Rep. Steve Cohen, D-Tenn., the chairman of the subcommittee, pushed back against Stewart's criticisms to defend Congress as "the bulwark of democracy" and pointed out that other committee meetings occur at the same time.

"Some members are in their offices visiting with constituents, or they may be watching on television, because this is broadcast. . . . Our attendance was pretty good," Cohen said. "All these empty chairs, that’s because it’s for the full committee. It's not because of disrespect or lack of attention to you."

"We will respond, and we will see that this is funded," he continued.