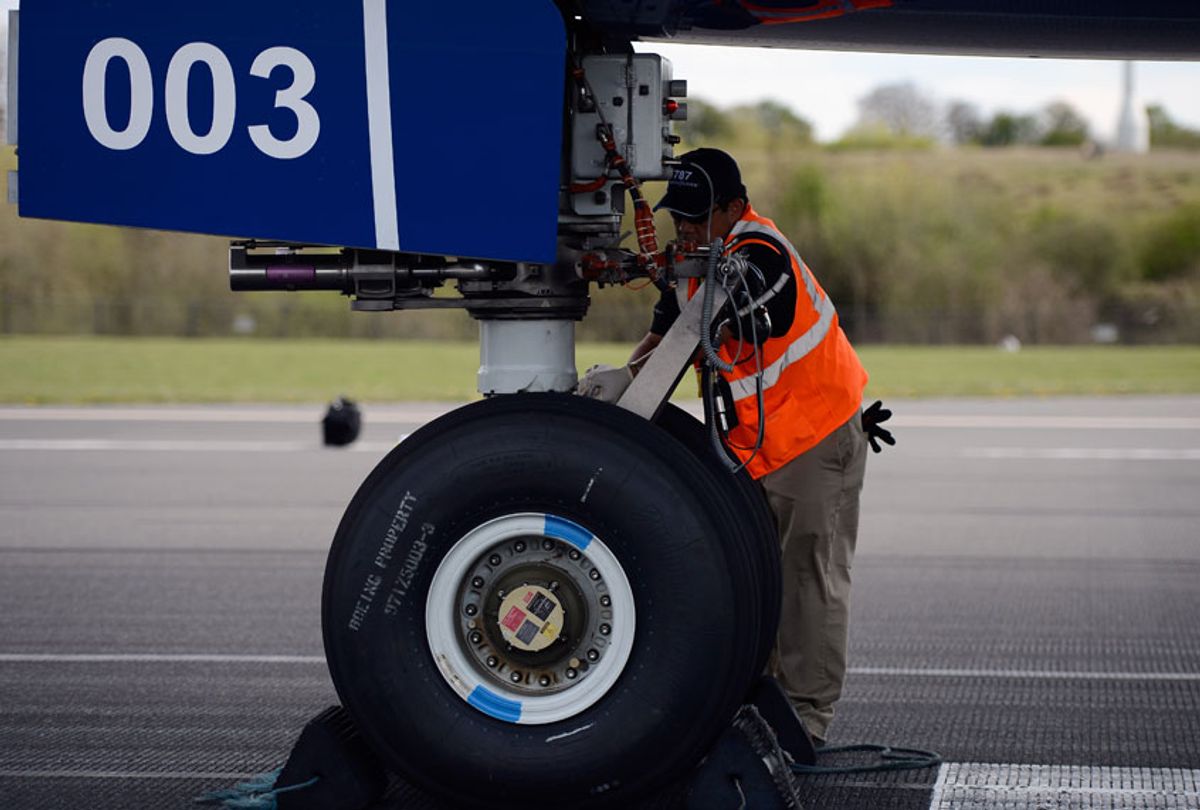 The decision last month by American Airlines, the world's largest carrier, to sue two mechanic unions in Federal court alleging they were deliberately orchestrating a slowdown in order to increase their leverage in labor talks has escalated tensions and prompted talk of a strike.

Reuters reported that in American's May 20 filings it accused mechanics of causing 650 flight cancellations and more than 1,500 maintenance-related delays since February. "American estimates that, for each day that the slowdown continues into the summer, it will disrupt the travel plans of approximately 3,400 additional passengers per day," the airline said in its filing.

Added to Its Woes

The suit against the Transport Workers Union of America and the International Association of Machinists came as the airline had to roll back its 2019 profit forecast in April, which was diminished by a $350-million loss attributable to the international grounding of Boeing 737 MAX planes that came after two of those jets crashed within five months, claiming 346 lives.

In 2013, American Airlines merged with US Airways to become the world's largest air carrier, employing 31,000 mechanics. The TWU historically represented American's mechanics, while the machinists union covered the US Airways workforce.

Four years ago, American began talks with the unions, which are now being conducted under the auspices of the National Mediation Board. Airline workers are covered under the National Railway Act and their contracts don't lapse, with the terms of the last contract carrying over, pending a declared impasse or the approval of a successor contract.

John Samuelsen, international president of the TWU, which represents two-thirds of American's mechanics, said in a phone interview that the lawsuit was baseless and counter-productive at a time when talks appeared to be "stalemated."

"They sued us, and they are making a false claim that we are engaging in job actions that are resulting in flight cancellations and delays," Mr. Samuelsen said. "If our jet mechanics raise a safety concern, it is because there is a safety concern with the plane and a safe ride for passengers . . . This is not some concerted effort."

A call and email message to American Airlines corporate communications were not returned by press time.

There are signs that the protracted talks are wearing on tempers.

At a May 21 corporate town hall meeting with employees at LaGuardia Airport, American president Robert Isom sounded exasperated. "The company put on comprehensive proposals in those time periods on multiple occasions that led the industry in terms of pay," he said. "Now, you can say 'hey, I gave up so much pre-bankruptcy . . . or in the 90s or 2000 I had this, that and the other thing' but [in light of] the competitive dynamics of the industry, ok, I believe you know we put on proposals that still maintained the industry-leading scope with more employees at American Airlines that are represented than were working in maintenance for any other commercial airline. Not just today, but any other commercial airline in the future, forever."

He said that there had not been any additional days set for talks and he didn't know when there would be. He said that at some point the airline might have no choice but to ask to be "released" from the NMB process for "self-help"

The prospect of the airline taking such a step prompted Mr. Samuelsen, who was present at the town hall, to warn Mr. Isom that mechanics were willing to strike in response.

"I stand here to tell you — in front of this whole room, in front of everybody, anybody who's listening — that you're not going to get what you want," he said. "If this erupts into the bloodiest, ugliest battle that the United States labor movement ever saw, that's what's going to happen. You're already profitable enough."

"I will tell you this, that anybody that seeks to destroy American Airlines, that is not going to be productive. It just won't," Mr. Isom responded. "We have to be able to work together to see the views of both sides. And I, believe me, I will send people back to the table."

"At the heart of the matter is that American Airlines made $3 billion in profits that they proudly acknowledge and they want to add to that profit margin by off-shoring big chunks of our work into South America where they can pay people a couple of bucks an hours to do shoddy work, and so we are not going to let them do it," Mr. Samuelsen said in an interview after the exchange with Mr. Isom.

He conceded that with the elaborate process that exists under the Federal law that covers the transportation sector, it would be at least a year before the carrier and the union would find themselves on the brink of a potential strike.

"The great irony is that American does more work on American soil than all the other carriers, who all do a significant amount of work overseas and it is actually potentially a very dangerous thing," he said. "We just don't view this as a fight just for the mechanical work done by the TWU and the IAM. We view this as a fight on behalf of the passengers that ride these planes, which of course include our families. And if routine maintenance is done on these planes overseas, it is like a time bomb ticking that will eventually implode."

The report found that "nearly 50 percent by dollar volume of maintenance work done by operators of U.S. registered aircraft is done in one or more of the nearly 900 FAA-certified repair facilities located outside the U.S."

The consultant identified significant "differences in the regulatory environments" between countries, including the "levels of oversight, cultural views of safety and security, staffing practices and issuance and possession of FAA certifications for mechanics and technicians between domestic and offshore facilities."

Ridge Global's comparative analysis found that the risks presented by off-shoring were "exacerbated because of FAA's internal systemic and budgetary challenges" that relate to how the agency oversees foreign stations.

"One of the most-significant challenges deals with drug and alcohol testing requirements," the report said. "Testing is mandated in the U.S., employment and privacy laws in many foreign countries prevent such testing. Another contrast involves the inspection process itself. FAA Domestic inspections can be random, i.e. without notice. That approach is prohibited in foreign countries."

This article originally appeared in The Chief