Koch-funded super PAC may back Democratic incumbents against progressive challengers 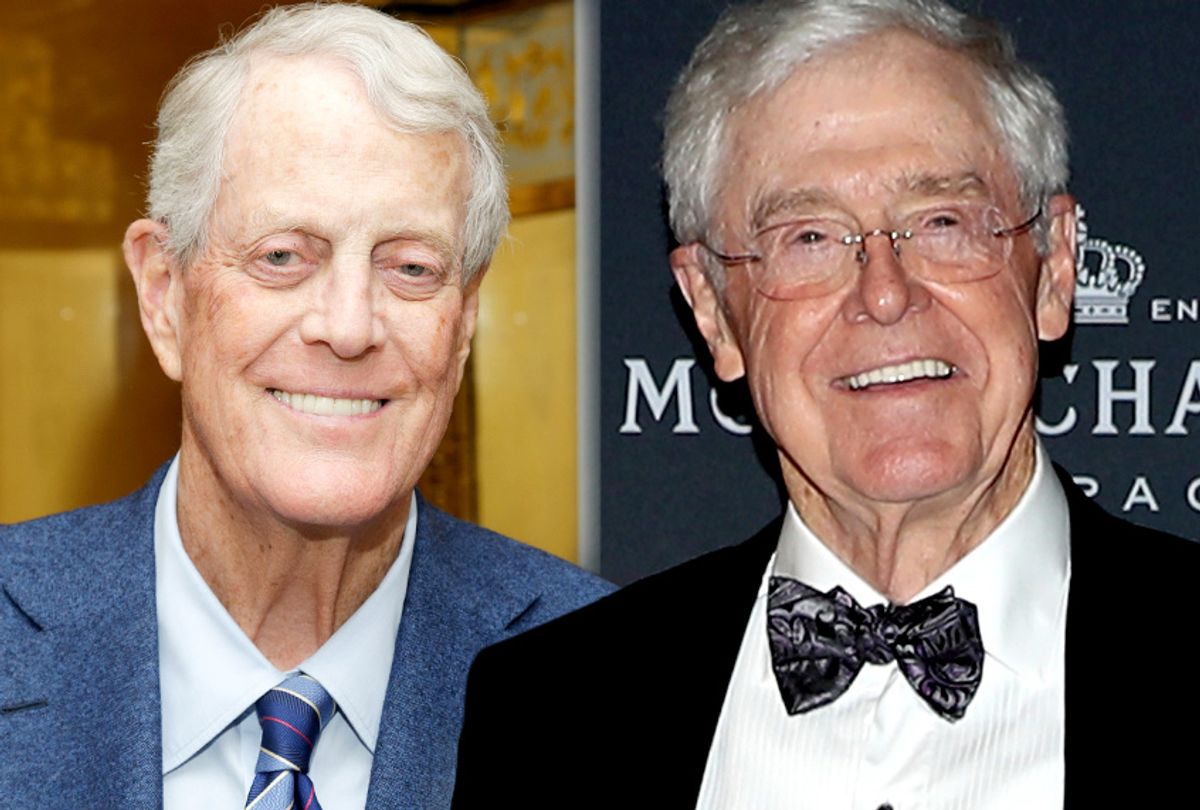 The Koch brothers-backed group Americans for Prosperity may start funding Democratic candidates who support their agenda against more progressive primary challengers, according to an internal memo obtained by CNBC.

Americans for Prosperity CEO Emily Seidel said in the memo to employees and activists that the group is ready to “support sitting legislators who lead by uniting with others to pass principled policy and get good things done” regardless of whether they are “Republican, Democrat, Independent or otherwise.” The group has historically only backed Republicans running for office.

“One of the biggest challenges to this approach is that those who work to lead nonpartisan coalitions are threatened by people in both parties who prize partisanship over policy outcomes,” Seidel wrote.

The memo comes after the group pushed back against the way President Trump and Republican lawmakers handled immigration issues and tariffs, CNBC reported.

The memo outlines four new PACs that the group will launch to contribute directly to candidates, including “Uniting for Immigration Reform” and “Uniting for Free Trade.”

“We know that candidates will seldom agree with Americans for Prosperity on every issue,” Seidel wrote. “But for those who do the politically difficult job of leading on a critical issue, these issue-specific PACs will make it clear why the millions of Americans support them on that issue, even if they have principled disagreements on others.”

This isn’t the first time in the Trump era that the Kochs have signaled they might back Democrats. Seidel told a group of donors last year that the group may fund Democrats who oppose other Democrats, CNBC reported.

“If you are a Democrat and stand up to [Senator] Elizabeth Warren to corral enough votes for financial reform that breaks barriers for community banks and families, you’re darn right we will work with you,” she said at the time. “If you are a Republican who sits on the committee that wrote the worst spending bill in our country’s history and you voted for it, you’re darn right we will hold you accountable.”

But the group ended up only supporting Republican candidates in last year’s midterms, CNBC reported, helping Republicans maintain their Senate majority with a combined $15.3 million in donations.

AFP and another Koch network group called Freedom Partners have spent roughly $120 million backing Republican candidates or opposing Democratic candidates over the past two decades, according to the Center for Responsive Politics. The Koch Industries PAC did donate to a handful of conservative Democratic incumbents in 2018, such as Rep. Henry Cuellar of Texas and Rep. Collin Peterson of Minnesota.

The Koch network has also told donors that it will not work to help re-elect President Trump in 2020, the Washington Post reported earlier this year, noting that the move will “deprive the president of the assistance of one of the most sophisticated grass-roots operations on the right in what is expected to be a hard-fought reelection battle.”

But some analysts are concerned about Koch influence entering the Democratic Party, especially ahead of a crucial election.

The Kochs’ goal appears to be to prevent “future AOCs,” Luke Darby wrote in GQ.

“The Kochs and other libertarian billionaires have probably realized by now that centrist Democrats — self-described liberals who support tax cuts, deregulating industries, and privatizing public services — are more reliable allies than ambitious and popular progressives with a concrete political agenda,” he wrote. “The Joe Bidens of the party are much more sympathetic to the plight of the super-rich than the Elizabeth Warrens, after all.”